Why Small Business Share of U.S. Inventions is Declining 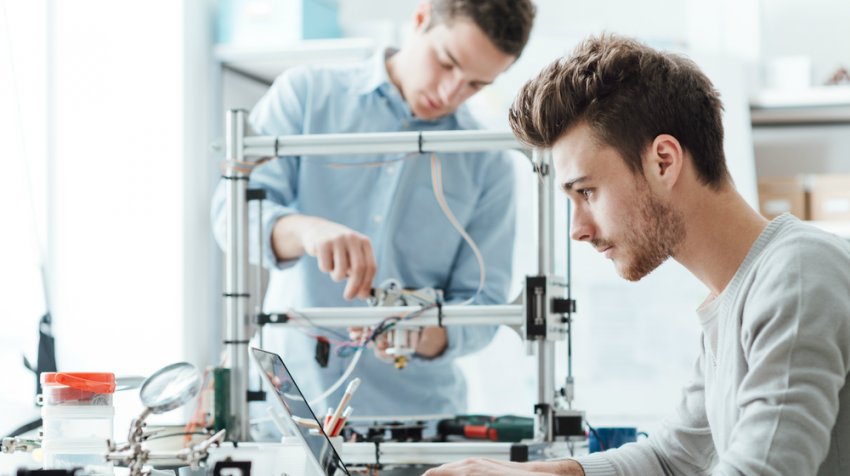 Small businesses are accounting for a smaller fraction of new technology creation than they used to, at least according data from the U.S. Patent and Trademark Office (USPTO). That trend has many policy makers and pundits concerned that our innovation system is handicapping small business.

While that explanation is possible, I think a more basic story accounts for the trend. Small business is a shrinking fraction of the U.S. economy.

What’s Behind the Decline in Patents Granted to Small Entities?

Let’s start with the facts. As the figure below shows, the share of patents awarded to small entities declined from 25.9 percent in 2001 to 19.0 percent in 2015. While the pace of the decline has moderated in recent years, the size of this decrease remains substantial. Small entities account for a much diminished slice of technology creation than they once did. 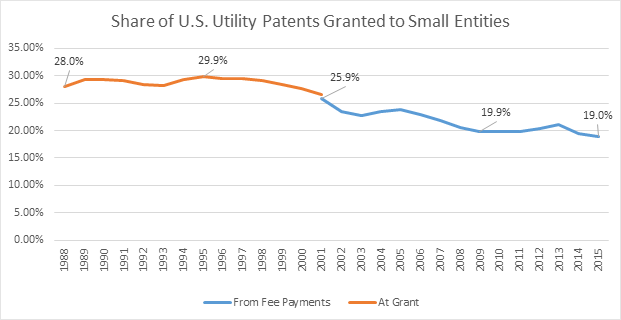 Policy makers should certainly investigate the causes for the decline in small business’s contribution to U.S. inventiveness. But I think they will find it is proportion to what has happened to small business in general.