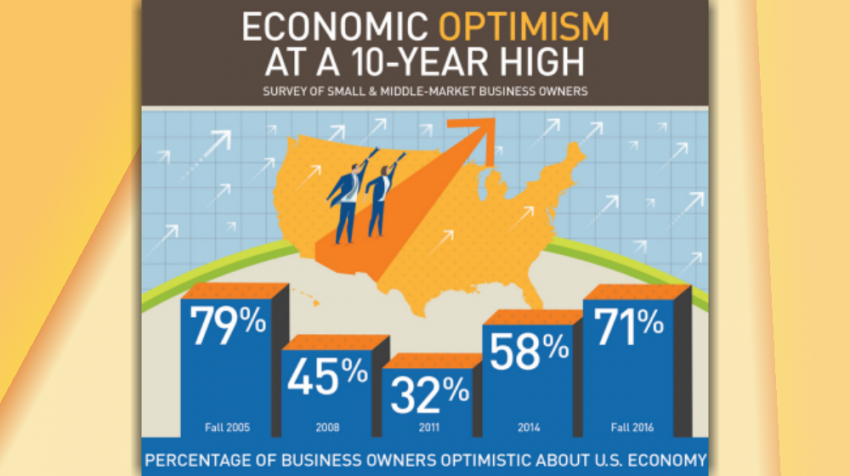 According to the latest PNC (NYSE:PNC) Economic Outlook Survey, small businesses are confident about growth, but they don’t want to increase headcount.

Economic Optimism at a 10-year High

In exact numbers, about 71 percent of business owners say they are optimistic about the U.S. economy. That’s the most since 2005, and up from 55 percent in the spring.

What’s more, 77 percent are optimistic about their local economy, which is highest since 2014.

As far as their business growth is concerned, entrepreneurs appear just as confident. Half (51 percent) expect their sales to increase during the next six months. Forty-seven percent say their profits will rise.

But most (67 percent) will maintain the same number of full-time workers.

In fact, 22 percent expect to recruit new full-time employees, compared to 24 percent in the spring. Only 8 percent say they are planning to reduce staff.

“The glass for small business owners appears half full instead of half empty, but they aren’t ready to buy a round for everyone,” said Stuart Hoffman, PNC’s chief economist in a press release. “We expect to see moderate economic growth for the rest of this year with enough improvement for a federal funds rate increase at the Federal Open Market Committee’s meeting in December.”

Why Small Businesses are Hiring with Caution

It’s no secret that small businesses operate on smaller budgets. Finding and retaining a competent workforce is therefore crucial for growth.

That’s why most small businesses are cautious when it comes to hiring more people.

In announcing those numbers, Mark Zandi, chief economist of Moody’s Analytics said, “The current record of consecutive monthly job gains continued in September. With job openings at all-time highs and layoffs near all-time lows, the job market remains in full-swing. Job growth has moderated in recent months, but only because the economy is finally returning to full-employment.”

The Fall 2016 PNC Economic Outlook Survey was conducted between July 21 to Sept. 11, 2016, by telephone within the United States among 1,867 owners or senior decision-makers of small and mid-sized businesses.

Below is an infographic from this report (source): 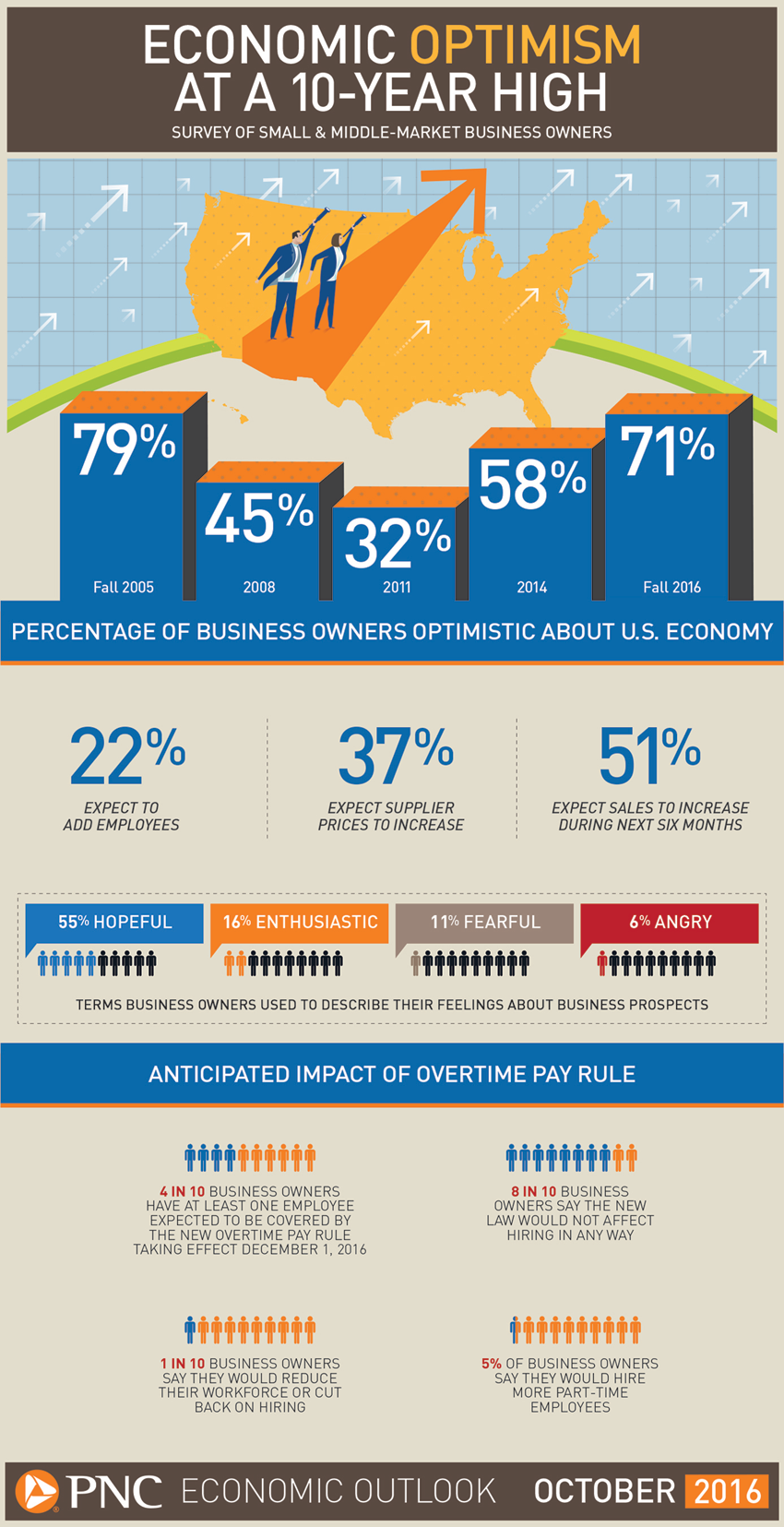