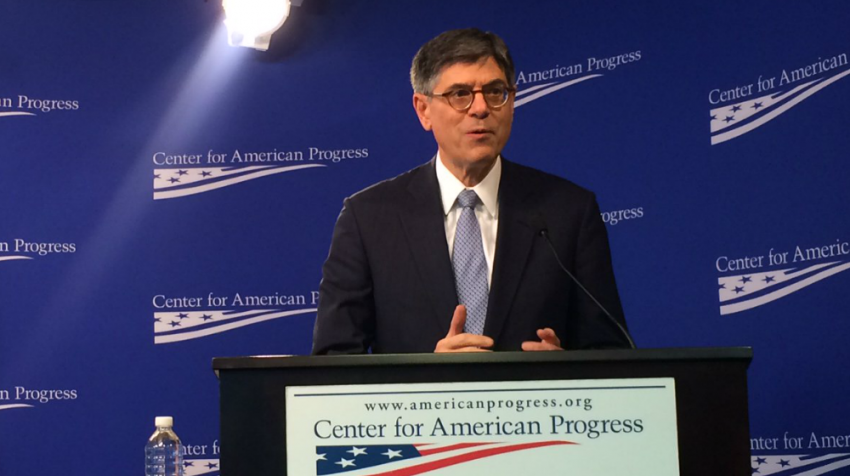 During the Great Recession, two federal programs for small business stimulated billions in additional capital and lending, says the U.S. Treasury Department, which had oversight of both.

The department today issued program evaluation reports for the State Small Business Credit Initiative (SSBCI) and the Small Business Lending Fund (SBLF). The evalutaion detailed how these federal programs for small business have provided small businesses and entrepreneurs with greater access to loans and investments over the past six years.

These federal programs for small busniness are nearing their end, and new initiatives are needed to take their place, said Jacob Lew, U.S. Treasury Secretary, speaking at a public event, held today at the Center for American Progress in Washington D.C., Lew said.

“Our gathering … marks just over six years since the passage of the Small Business Jobs Act that created SBLF and SSBCI,” Lew said. “We are extraordinarily proud of these programs and the impact they have made and continue to make.”

The SBLF provides capital to Main Street banks and community development loan funds. Since its inception, in 2010, the program has stimulated small business lending across 3,000 communities in 47 states and the District of Columbia.

The SSBCI provides funds to state lending and investment programs. But those programs are more inclusive than private venture, Lew explained. Three-quarters of private venture capital in the United States is typically directed at  San Francisco, New York and Boston, Lew said. But the SSBCI supports investments in businesses across 38 states and lower income areas.

“The initiative has a unique ability to drive innovation — innovation created through states working with private lenders to design programs specific to the small business needs of their communities,” he said. “With a relatively small investment, the program has supported $8.4 billion in new small business lending or investing through almost 17,000 transactions, 42 percent of which were to businesses in low and moderate income communities.”

“Looking at the U.S. economy as a whole, businesses have created 15.3 million jobs; GDP is now more than ten and a half percent larger than its previous peak, and millions of mortgage holders are back above water,” Lew added. “We continue to make a historic economic turnaround, and entrepreneurs and small businesses have been a critical driver of this progress. Building on this success and ensuring that our economy is working for all of its citizens must also involve efforts to level the playing field for American entrepreneurs and small business owners.”

Lew stressed that such efforts should include increasing access to capital, something that even for many highly-qualified candidates is an uphill climb and, for others, simply out of reach.

“America’s small businesses are the life-blood of our economy,” Lew said. “They create jobs, drive innovation, and produce the kind of inclusive, sustainable growth that is so important to our nation’s economic future. But, without capital, no matter how hard you are willing to work or how detailed your entrepreneurial vision may be, you cannot put your plan into action. That is why the Administration has moved so aggressively to ease the flow of credit.”

A report released today by Center for American Progress calls for the reauthorization, and even expansion, of SSBCI, which is set to expire in 2017.

The CAP report notes the lower rates of entrepreneurship among minority communities and women, which, it says, are largely a result of a longstanding and persistent wealth gap.

Lew said the Treasury Department continues to support reauthorization and expansion of SSBCI with an additional $1.5 billion in funding as outlined in President Barack Obama’s budget. He also noted that bills have already been introduced in Congress to do so.