How to Find a Livestreaming Tribe That Fits Your Vibe

Many solopreneurs start from scratch and soon realize audience-building is a major challenge. Stefanie Rennert, a livestreaming personality and “connections concierge,” wants to ensure that more entrepreneurs are aware of the tribe approach. According to Rennert, a tribe can make all the difference. 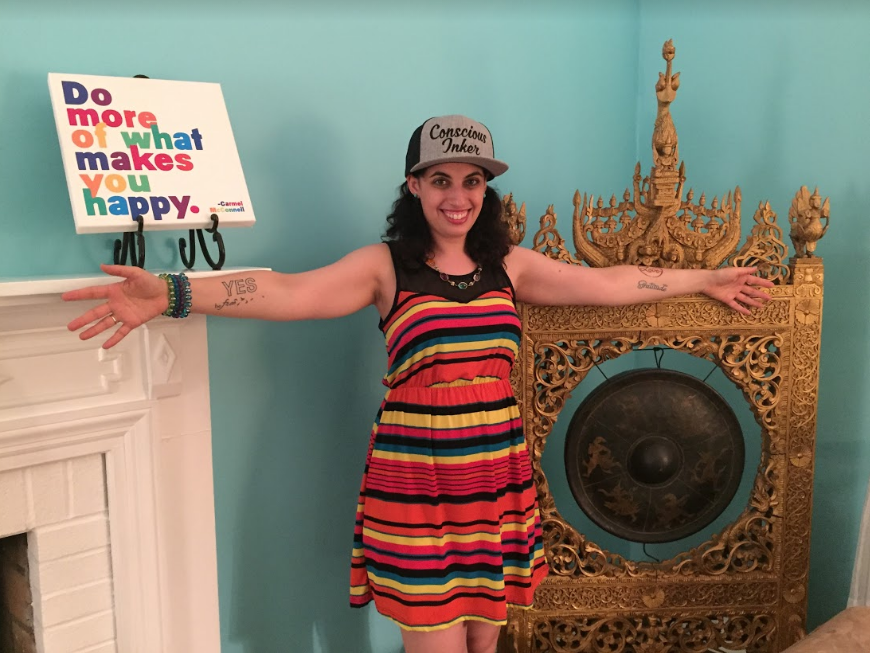 Stefanie Rennert grew up in Westchester County, north of New York City. She’s held jobs in real estate, television production and digital media. Periscope was the app where Rennert uncovered her online persona and “Info-Taining” brand, as well as where she became known to her online audience as “Stef with an F.”

Small Business Trends spoke with Rennert via Twitter Direct Messages and email to learn about her journey of getting to know herself and how she sharpened her focus as an entrepreneur.

Small Business Trends: How did you decide livestreaming was for you? Tell us about your business.

Stefanie Rennert: I was living in New York City going through the motions and I knew that something wasn’t right. I was determined to do more of what made me happy. I decided to leave my full-time position in human resources at Mashable and, after a period of entrepreneurial experimentation and self-exploration, I proclaimed myself a “Resourceful Human” instead. During this development period, I had amassed so many great tools and resources. Then I crossed paths with Periscope, an app I knew was for me, and I’ll talk about that in a second.

Today, as a “Resourceful Human” I consider myself a “Connections Concierge” and a matchmaker for helping people connect with tools that help them live a more empowered life. You can contact me via SolutionsWithStef.com to book a “Solution Session” in which you chat with me by phone or Skype.

One hashtag I use is #JustShowUp, and in the solution session, I ‘just show up’ and listen to what’s going on for you, with compassion and without judgment. It’s your time for you to be seen, heard and supported in a personalized way. It’s a combination of a cheerleading and an encouragement session. I can help you see things in different ways which you might not have been able to see on your own. 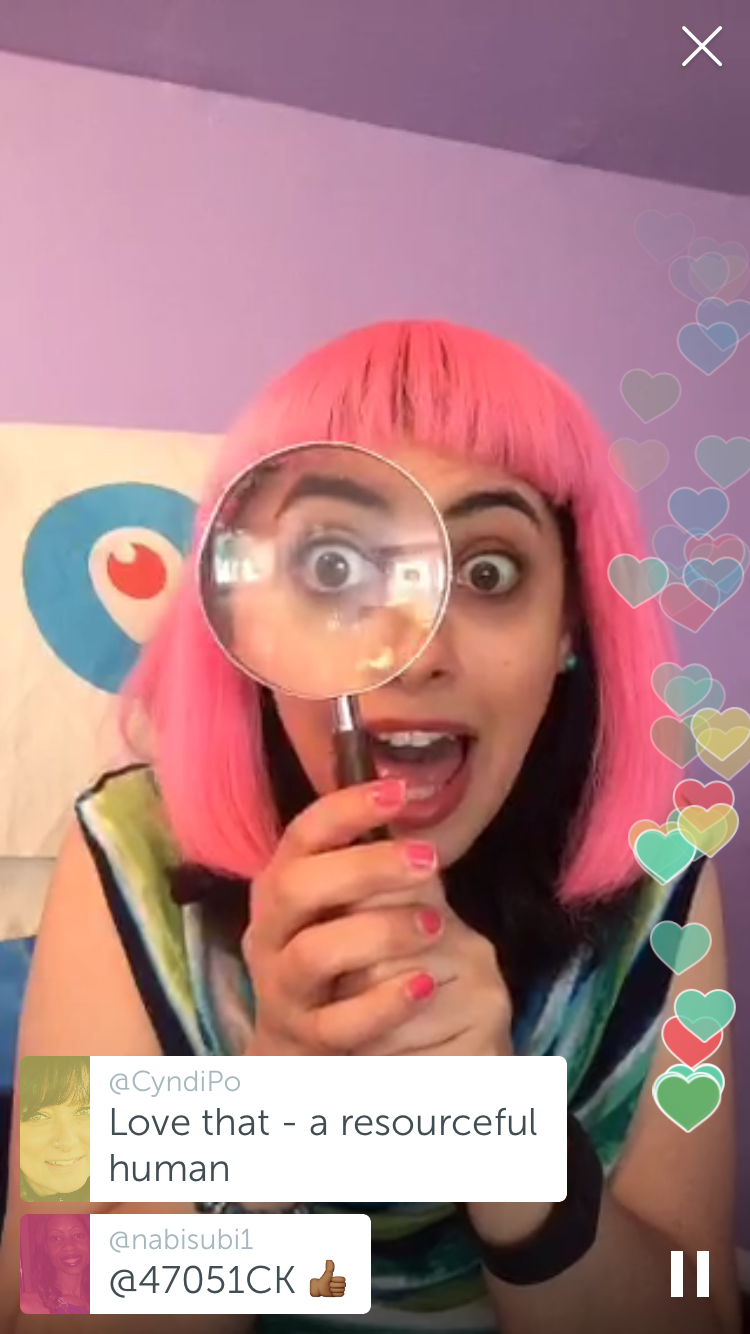 I’m also open to discuss ad hoc projects or collaborations depending on my availability and if the project is in alignment with my mission and values. I do business brainstorming for entrepreneurs who want their products or services packaged with some playful pizzazz. They hire me to help add personality to their brand copy and content so that they stand out, get noticed and attract the right clients. I can also provide a customized resource list which can help you research people or communities, products or events that may resonate with you.

Small Business Trends: Sounds like you jumped into Periscope culture immediately. Can you elaborate more on tribes? People who don’t use Periscope might not comprehend the tribe concept.

Stefanie Rennert: On my first day on Periscope, I saw so many like-minded spiritual entrepreneurs gathered together in real time because I tuned into the first Global Meditation Scope, organized by Anita Wing Lee. I started to get to know Anita’s #SoulFamily tribe where I came across other aligned live streamers like Danielle Mercurio. Before Periscope existed, I devoured YouTube videos from growing entrepreneurial thought-leaders in the online spiritual and personal development space like Marie Forleo and Gabrielle Bernstein. By the time I had a Periscope account, I had amassed my own wealth of tools, and I realized Periscope gave each person a platform to step up and share our knowledge with others. Now I’m an Info-Tainer, a Resourceful Human and a “Pioneer of Playful Possibilities.”

As for tribes and my early days on Periscope, connecting with the #Peri10k tribe was invaluable. Members of that tribe knew I was experimenting with my entrepreneurial direction and they provided honest feedback and encouragement, without judgment, as I found my way. It was safe for me to experiment there and express myself as my path became clearer. This was truly priceless.

As for tribes in general, I advise you to first get clear on who you are and who you want to serve. Shop around for broadcasters who have messages that personally resonate with you. Be strategic about who you follow on Periscope so you can focus on finding your tribes. Start simple by making a list of broadcasters you enjoy; join their broadcasts consistently. Get to know their audiences by participating in the comments and joining their Facebook Groups. Participate in your tribe’s Facebook Group, share each other’s broadcasts. Sign up for opportunities to broadcast as part of a “Scope Train.” Scope Trains are also known as “Pass The Casts” which is when other members of your tribe agree to show up live, specifically for support and promotion.

Small Business Trends: What are some tribes worth a deeper look? Any closing thoughts?

Stefanie Rennert: By connecting with a tribe that is actively livestreaming, it can help you to build an audience and clarify your brand in a more fulfilling and expedited way than you could ever imagine. Take the time to get to know yourself, identify what’s important to you. There are so many tribes to choose from like #WOW (Women of Worth) with Janine Cummings, and Biz Babes Biz Development for Women with Aandra Bohlen, to name a few.

Building a path as an entrepreneur can be challenging. I’m here to remind you that we are always exactly where we need to be. Especially if you choose to take the road less traveled, livestreaming can be a godsend that can help you find a tribe that fits your vibe. Learn from your tribe and grow with them; and if you feel called to, start your own tribe! In an age where people are so connected to technology, there are also studies which point out that humans have never felt so disconnected and isolated. Livestreaming with Periscope has shown me what’s possible for human connections.

Small Business Trends: How can viewers get in touch with you?

Stefanie Rennert: I’m @StefanieRennert on Periscope, Twitter, Busker, Facebook, Instagram. Send me a direct message via any of these platforms and let me know how I can serve you.