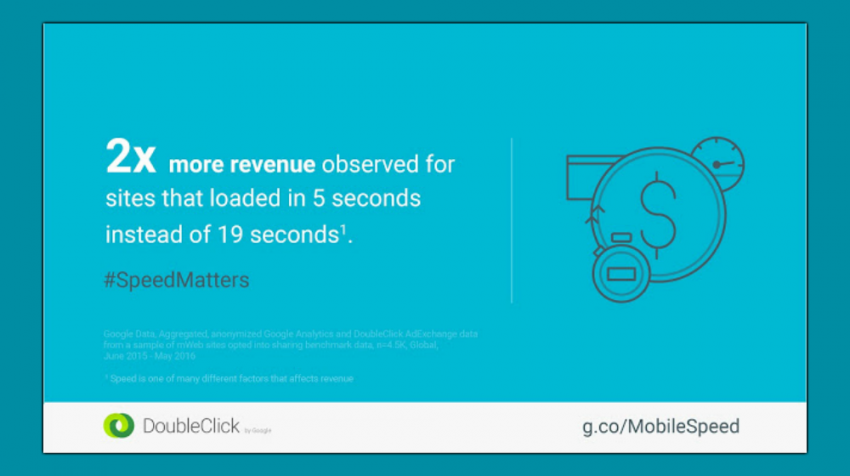 Simply having your website load on mobile devices is no longer enough. Mobile sites have to also be fast, interactive and relevant. With this realization, Google (NASDAQ:GOOGL) recently announced a mobile web speed toolkit that should help all publishers build a faster mobile web experience.

Some of the findings indicate that 53 percent of website visitors leave a website if it takes more than three seconds to load, yet three out of four top mobile sites take more than four seconds to load.

For instance, in terms of revenue, the study claims that sites that load in under five seconds get two times more revenue than those that take 19 seconds or more. The study also says that there was a 25 percent higher viewability observed for sites that loaded in five seconds versus the ones that took 19 seconds.

With the toolkit, you can now assess the different components impacting your website’s speed. You can also improve your your site speed by improving performance and prioritizing the order in which your site loads.

While having relevant and interesting content on your website is important, the relationship between speed and publisher revenue cannot be overlooked.