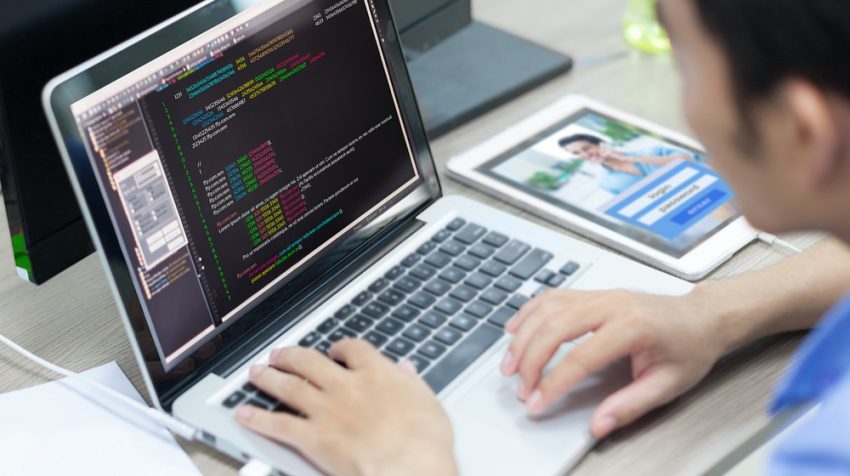 In this post, I am paraphrasing a talk made by Dave Lambert of Right Side Capital Management to my Entrepreneurial Finance Class because I think his insights are so valuable that I wanted to get the message out.

The declining cost of generating a minimum viable software product has changed the way software startups raise money. Back in the 1980s, it took tens of millions of dollars to create and test a beta version of a software product. By 2014, that cost had fallen to around $100,000.

This enormous decline has shifted how software start-ups raise money. The traditional model of raising money from individual angel investors followed by institutional venture capital has given way to tapping quantitative micro venture capital (QMVC), and business accelerators. (In a future column I will discuss the move toward business accelerators, but today I will focus on the shift to QMVC.)

The shrinking cost of getting a software product to market has created a problem for venture capital firms. Traditional venture capital is too labor intensive for fundraising efforts of less than $250,000, which is now the size of the first financing round for software start-ups. Traditional VCs are structured to make a handful of several-million-dollar investments every year. Their transaction costs are too high; they raise too much money; and they have processes that are too labor intensive to invest tiny amounts in a large number of companies.

To invest very small amounts of money successfully at the pre-seed stage, financiers must quickly identify a massive number of start-ups, conduct due diligence and execute transactions very efficiently, and monitor and assist a huge portfolio of companies. QMVCs use technology, standardization and scale to make the process work effectively.

They use data analytic tools to make choices, particularly on the negative side. By asking start-up company founders to provide them with data on key metrics — founder experience, market size, margins, industry, traction and so on — they can use software to weed out the ventures that are inappropriate as portfolio companies, and concentrate all of their attention on companies that stand a chance of receiving funding.

They also use standardization to make deals efficiently. Rather than negotiating terms individually with each start-up, they use the same convertible note and priced round terms, adjusting only the valuation and valuation caps for the companies.

Because the companies in which QMVCs invest do not have enough traction to justify conducting a lot of due diligence, QMVCs use massive diversification to manage uncertainty, putting money into over a hundred companies per year, rather than trying to gather information to reduce uncertainty about which ventures are likely to succeed.

They assist start-up companies differently from traditional VCs. Rather than sitting on boards, QMVCs rely on scale and replication to provide assistance. They forge partnerships with contract sales experts and part-time CFOs to get their portfolio companies the assistance they need at relatively low marginal cost. They also transfer best practices on such topics as software development, sales processes, trade show and online marketing, from one start-up to another.

Finally, QMVCs change the geography of venture finance. In their quest to find a large volume of companies to investigate, QMVCs look well beyond two hours’ drive from their offices. Investors in New York and San Francisco are putting money into start-ups in Des Moines and Detroit, facilitated by the lack of a need to attend board meetings and a simpler diligence process.

Whether QMVCs are a lasting financial market innovation remains to be seen. If the cost of bringing software startups to market continues to decline as it has, soon entrepreneurs may not need first round financing from anyone else. But in the meantime QMVCs will play a key role in the financing of software startups.