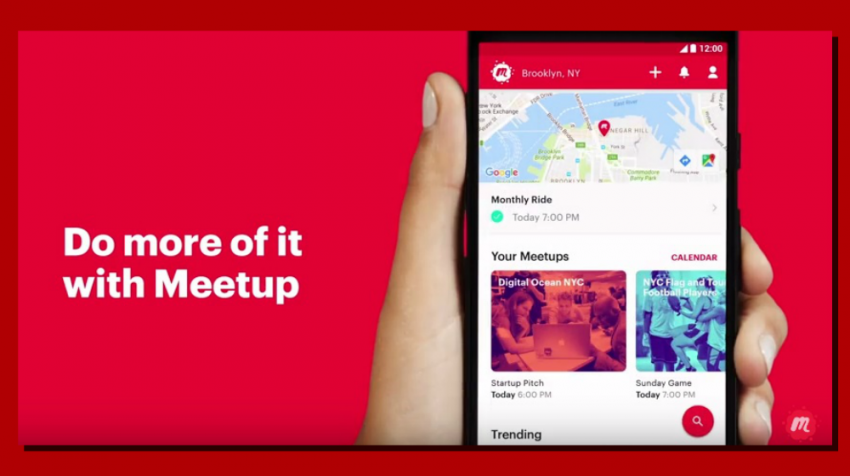 With 27 million members and more than 250,000 separate groups, the 14-year-old Meetup is surely a relatively popular online social networking portal that very few people talk about. Placed among the likes of Facebook, Twitter, Instagram and Pinterest, Meetup is practically invisible.

For more than a decade, the website has facilitated offline group meetings in various parts of the world. But even so, its existing design hasn’t changed much in all that time. It has been functional, but not enticing and after a period of research and rebranding, the company has finally announced a couple of changes, including a new logo and a couple of new functions.

A Look at the Meetup Redesign

“Now our logo represents why Meetup exists in the first-place — to bring people together to do the things that matter most to them” said Meetup’s Design Director Jennifer Gergen in a post on the official MeetUp blog announcing the changes. “We call it the Meetup swarm, and it’s created when individual dots unite to form the “m” symbol. We love the dynamism of the animation, and all the possibilities it inspires for our product design.”

Another noticeable upgrade is the new Meetup app interface. At first glance, the app looks more or less like Apple Music interface, with Meetups organized in horizontal, scrollable carousels by category. You will now be able to browse categories by browsing upward or downward. You can also create a new meetup by tapping the “+” button that’s available at the top right corner. Click on any Meetup for location, date and time details plus information about the host and the list of users attending.

Going by Silicon Valley standards, Meetup is a peculiar company. It’s been around for a long time now yet it never looks like it feels the pressure to scale its operations like most of the social networking platforms. The company also doesn’t seem interested in chasing ad revenue. One of the biggest challenges to date appears to be convincing people to go outside and physically connect. However, any budding startup or small business owner can use the platform to organize and meet other like-minded entrepreneurs for a business talk.

The new Meetup app is at the Apple App Store and Google Play Store.