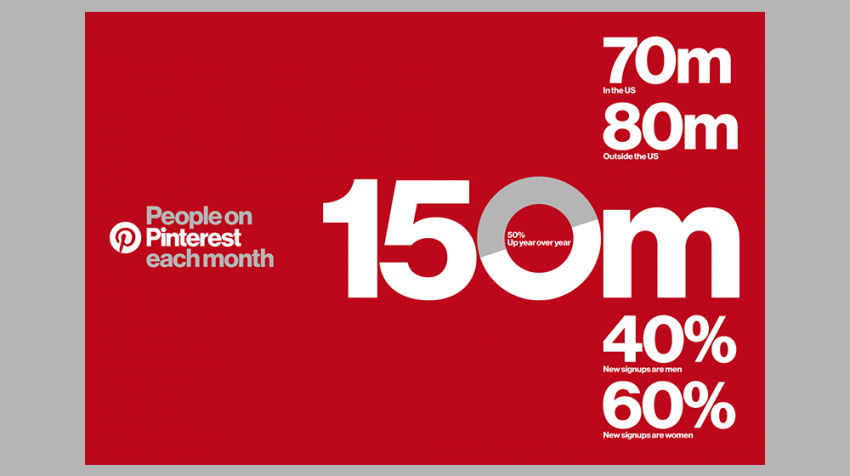 But more than the big milestone, the company is excited about the diverse group of people using the site.

Interestingly over half of the people on Pinterest, and 75 percent of new signups, are from outside the United States.

What’s more, about 40 percent of users are men, which is 70 percent more than last year.

Pinterest now has 70 million monthly users in the United States, ahead of Twitter which reported 60 million domestic users.

As the numbers suggest, Pinterest is a great platform for businesses to reach their audience.

Moreover, the site drives significant referral traffic. According to Shareaholic research, about 5 percent of all referral traffic to sites comes from Pinterest. In other words, businesses with clickworthy content on Pinterest have a better chance of driving conversions.

On top of everything else, user engagement on Pinterest is extremely high. That’s good for businesses interested in connecting with their customers.

A simple tip is to first complete your profile to reflect new promotions or branding initiatives.

Another good idea is to pin gifs and videos along with regular images. You should also install the Pin It button to make it easier for prospective customers to know about your business.

Finally, you can even check the amount of traffic your site gets from Pinterest. Pinterest Analytics can tell you the pins and boards that are getting maximum attention from the clicks and re-pins they are getting.