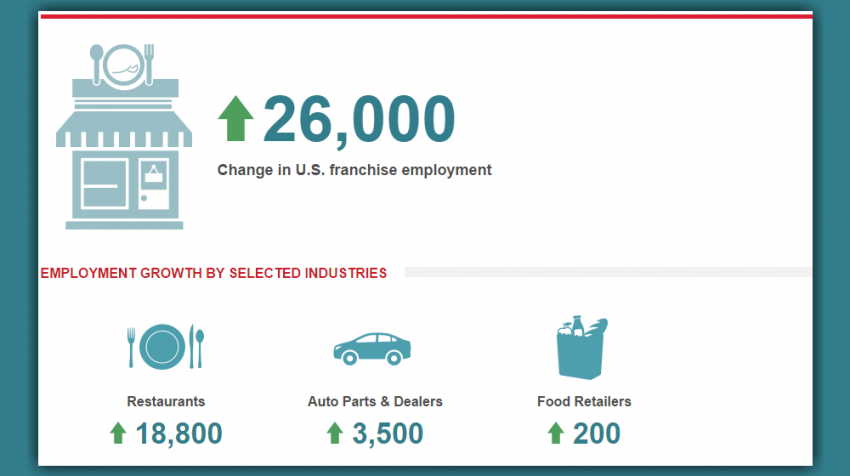 According to the ADP National Franchise Report for September 2016, restaurants (up 18,800 jobs) and auto parts and dealers (up 3,500 jobs) saw the most impressive growth.

Notably, all other selected industries including food retailers (up 200 jobs), business services (up 500 jobs) and real estate (up 300 jobs) also reported job growth.

The only industry that failed to measure up is accommodations. The segment saw a decrease of 500 jobs in the same period.

“Job gains in September eased a bit when compared to the past 12-month average,” said Ahu Yildirmaz, vice president and head of the ADP Research Institute in a press release. “We also observed softening this month in trade/transportation/utilities, possibly due to a continued tightening U.S. labor market and lackluster consumer spending.”

Consumers spending offers more great news for franchises and small businesses. But to keep up with increasing demand, it is essential for businesses to provide great service and sharpen their marketing efforts.

Tip for Your Business

A successful franchise is run by the right people. It’s therefore important to spend enough time and resources to find and retain the right talent. A simple tip is to invest in employee training to ensure your staff has adequate skills to serve customers.