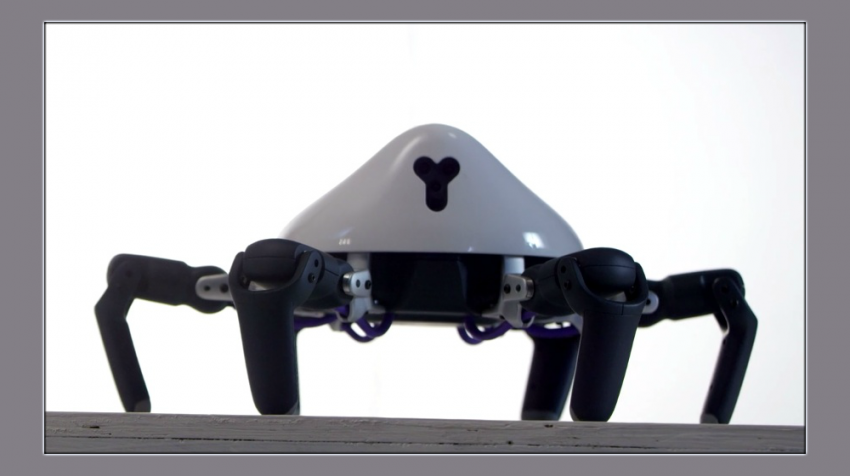 We’ve all heard of it, right? But we don’t know much about it. We think it’s something that only exists in science fiction movies.

Sure, we know that one day we might have intelligent robots. But that’s way off in the future, isn’t it?

Not quite. The future is now.

Robots already have some involvement in several industries. This includes both agriculture and healthcare.

Vincross’ HEXA robot is an extraordinary example of what artificial life can look like. Through this robot, Vincross intends to completely revolutionize the robotics industry. This article will discuss HEXA and it’s contribution to the development of artificial life.

A Bold Advancement in Artificial Life

HEXA is a revolutionary new innovation created by a company called Vincross. It’s an all-terrain hexapod robot. For those who don’t know, a hexapod robot is simply a robot that has six legs.

With HEXA, Vincross seeks to create a game-changing innovation in the world of artificial intelligence. As development continues, HEXA will behave more and more like a sentient being.

Most companies in the artificial intelligence industry focus primarily on the robots’ “brains.” Vincross is taking a more unconventional approach. The company believes that an operating system isn’t enough to truly create an artificial being.

Because in order to truly become its own being, it needs to operate in the real world. Think about it. If a person was born without the ability to walk and interact with the world around them, how likely is it that we would have gained the knowledge and intelligence we have? Not very likely, right?

HEXA is designed to function as an actual living being. It will learn. It will grow in knowledge and understanding. The end result will be a highly intelligent device that can change the world.

So What Can the Vincross HEXA Do?

What if humans had a way to explore areas that were previously inaccessible? What new discoveries could we potentially find? What if there were ways to perform dangerous tasks without risking human life?

These are just a few examples of what Vincross desires to achieve with HEXA. As the robot continues to be developed, there will be more and more skills it will learn.

In the end, the objective is for HEXA to evolve into a tool that anyone can use in their everyday lives. It can serve as a tool for seniors and the disabled. It can help healthcare workers tend to their patients.

The Anatomy Of the Hexapod Robot

HEXA is modeled after hexapod insects. The legs of these insects enable them to travel almost anywhere regardless of the terrain. It’s this mobility that HEXA’s creators desired for their robot.

Wheeled robots tend to be more limited in their ability to travel. So, instead of creating another wheeled robot, Vincross decided to create a robot that could walk, run, climb and travel across rough terrain.

HEXA is built in a way that allows it to go where you wouldn’t be able to go. Its design gives it maximum mobility and dexterity.

This ability grants it greater mobility than other robots. It doesn’t have to turn around when it faces an obstacle. It can just turn its head around and move in the opposite direction.

HEXA’s processor, along with other co-processors, allow the robot to think more effectively than other robots. The processor can support image, video, face, voice recognition, and machine learning algorithms. What this means is that the robot will be able to more easily adapt to its environment.

HEXA’s ability to learn will be its greatest asset. Because Vincross has open-sourced its AI, other developers, and even children, will be able to “teach” the robot more skills. These skills will be able to be shared in Vincross’ skill store.

Not only that, but the HEXA will have open hardware ports. These can be used to install arms and other body parts for a more diverse array of functions. These innovations will accelerate the development of the robot.

The robot’s eyes are actually the camera. It’s how the robot can “see” its surroundings. The amazing thing about HEXA is its ability to distinguish between humans, animals and other objects. As a matter of fact, it can even distinguish between the owner and strangers.

Not only that, the images that HEXA sees can be transmitted directly to your mobile phone. You can see exactly what it sees. It even has night vision. It’s one of the parts that will allow humans to travel to remote locations without having to physically be there.

The Power of Infrared

Lastly, HEXA is outfitted with an infrared light. This light enables the robot to control any infrared electronics that you may have in your home. This can include television, air conditioning and other electronic devices. The light can also provide illumination if it’s navigating through dark areas.

The measuring sensor allows the robot to see its surroundings. It can measure between 4 and 60 inches. What this means is that it can tell if there is a wall, obstacle or even a cliff in front of it. Because of this, the HEXA won’t hit walls or fall off surfaces while operating in automatic mode.

Vincross has great plans for HEXA. The company says it will start crowdfunding in the US later this month. As Vincross continues to develop the robot, the company expects to make great strides in artificial intelligence.

The company sees great potential for HEXA. It can explore areas that aren’t easy for humans to traverse. Perhaps one day it can survey volcanoes on Mars and other areas that are unreachable.

Right now, HEXA is just at its beginning stage. It’s capable of only a small percentage of what it will be in the future. This was a deliberate move on the part of Vincross.

Sun Tianqi, the founder of Vincross, plans to release the robot to over 2000 developers in order to jump start the evolution of the robot. Instead of monopolizing the development of HEXA, he has decided to allow its “human mentors” to help the robot learn how to function in the world.

What implications could this technology have for small business users?