Slope, Y-intercept, and Billions of Dollars 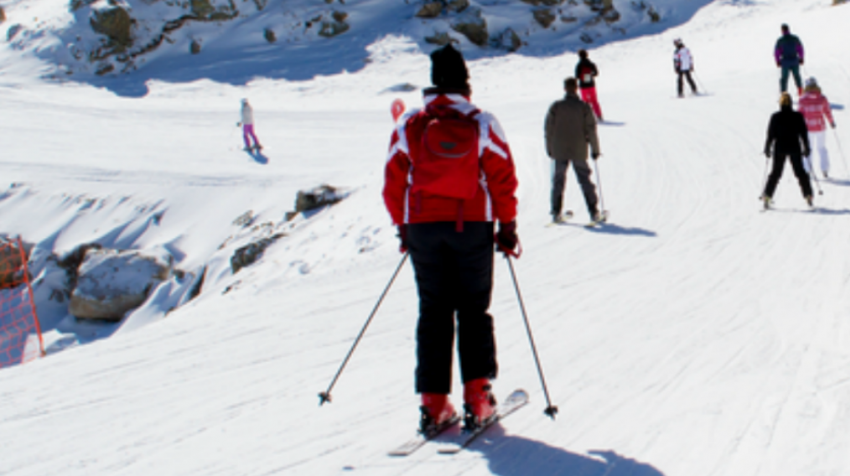 In today’s column, I am going to steal shamelessly from smarter people than me to explain something about investing in startups: “A little bit of slope makes up for a lot of Y-intercept.”

This line is stolen from Stanford University computer science Professor John Ousterhout, who famously made this point in one of the “life lessons” he teaches his students.

John said this in reference to learning, arguing that “how fast you learn is a lot more important than how much you know to begin with.” But it’s also a great philosophy to guide early stage investing.

If you look at the graph below, you will see why. The vertical axis here is some key attribute about a new business, like its cash flow, and the horizontal axis is time. The red line has a higher Y-intercept than the blue line – the cash flow looks better in the beginning, positive where the other is negative. But the blue line has a higher slope, and will eventually cross the red line. Initially, the red company is better than the blue company. But, in the long run, the blue company is a better bet than the red company. 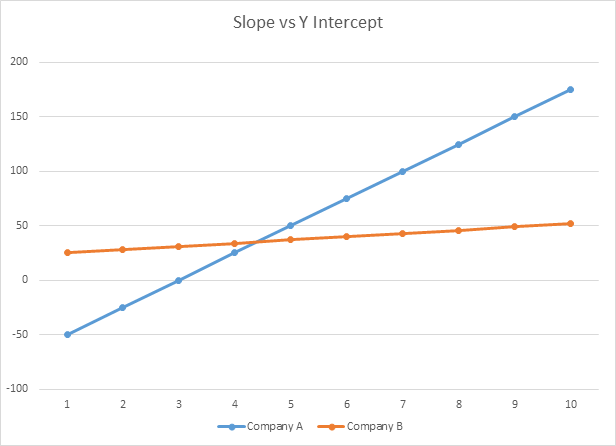 Although I had seen Ousterhout’s argument before, it’s appropriateness to early stage investing hadn’t dawned on me until Paul Buccheit, the Managing Director of Y Combinator; a founder of Friendfeed; creator of Gmail; and Case Western Reserve University alum, made reference to it in a talk to my entrepreneurial finance class. Paul focused on the dimension of entrepreneurial talent, but I think application is more general than that.

What Investors Look For

The whole reason that early stage investors put money into start-ups is because they think those new companies will have more “slope” than existing companies on a key metric. The key skill that great investors have is figuring out which startups will have incredible “slope.”

Good investors ignore the y-intercept. In the beginning, brand new companies all look pretty terrible. Whatever metric you pick – cash flow, size of the labor force, customer interest, product functionality – new companies pretty much look awful, and definitely far worse than the incumbents that they plan to challenge.

But some of those start-ups with horrible y-intercepts – Alibaba, Facebook, Uber, Airbnb, Snapchat, Whatsapp, Reddit, Slack – end up having unbelievable slope. So high that they end up worth more money than the incumbents they set out to replace.

That’s incredibly difficult to do. Really smart people miss big winners – like Fred Wilson on Airbnb, Chris Sacca on Snapchat and Dropbox, John Greathouse on Uber, Charles Xue on Alibaba, and the list goes on.

What makes this even more difficult is that the slope isn’t even as clean as my simple example. The key metric is very unlikely to be linear. And it’s awfully hard to predict future patterns from two periods of data, which is what most early stage investors are trying to do.