Will Airport Workers Finally Walk Off the Job Today? 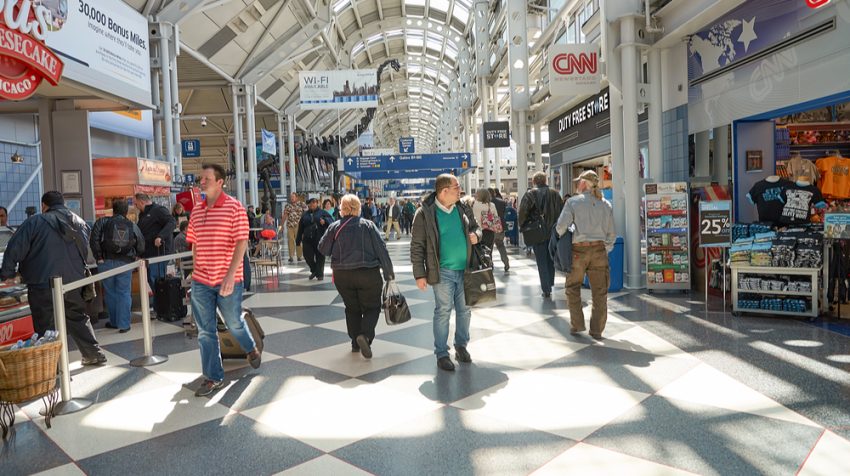 The fight for a $15 minimum wage will strike America’s airports Tuesday, as low wage workers at Chicago’s O’Hare International Airport and 18 other airports plan to demonstrate.

O’Hare’s airplane cabin cleaners, baggage handlers, wheelchair attendants and janitors are not unionized, but the Service Employees International Union assisted low-wage employees in organizing a strike on behalf of the fight for fifteen.

States, which set the minimum wage, are trending towards increased minimum wages, with some states agreeing to phase in a $15 minimum wage in the coming years.

Blowback from the fight for fifteen may include the replacement workers with computer screens or robots, something McDonald’s quietly rolled out in recent months.

The SEIU Local 1 announced that O’Hares support staff will be walking out Nov. 29, after threatening to strike before Thanksgiving. The unions said employees chose the date to minimize travel disruptions, while still getting their point across at the nation’s second busiest airport.

About 500 of the 2,000 support staff working at O’Hare took a vote two weeks ago; all but one employee were in favor of a strike, according to SEIU spokesperson Izabela Miltko-Ivkovich.

Five hundred workers make up about 25 percent of the airport’s support staff, which revealed the effort is not resonating with the entire class of employees. Most of the workers threatening to strike are independent contractors, not employees of the city or the airlines, according to Fox News.

Support staff make $8.25 per hour. The strike announcement is par of the “fight for fifteen,” where low wage workers are demanding a new $15 minimum wage.

Workers plan to picket outside the airport and through the terminals once a strike date and time is announced, according to SEIU Local 1 president Tom Balanoff. The union does not expect to shut down the airport, but Balanoff admitted that “it will cause some disruption, no doubt.”

The union reiterated that it does not plan to have work stoppages at airports other than O’Hare, but workers have planned to demonstrate at other major airports, including Atlanta, Los Angeles, Minneapolis and New Orleans.

Twenty-seven million Americans traveled by air over the Thanksgiving weekend, with hundreds of thousands of those passengers still making their way home this coming week.

The airport’s largest carriers by passenger, United Continental and American Airlines, said they are taking steps to ensure a safe and on-time operations for their customers, according to The Wall Street Journal.