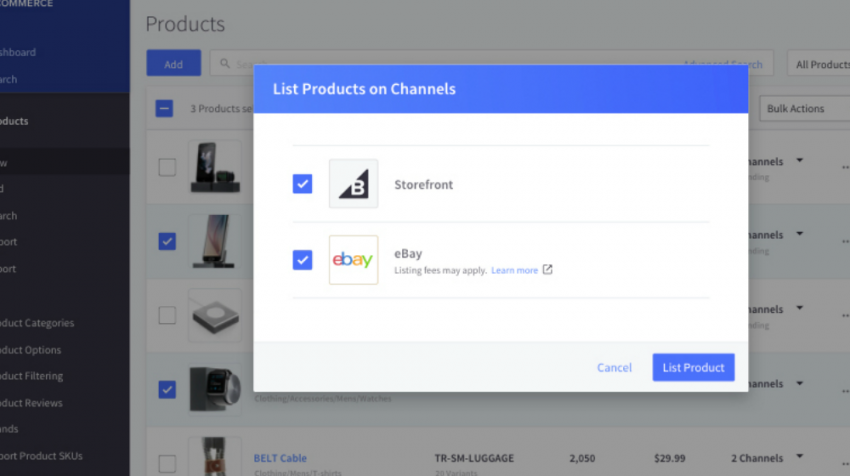 “We’re thrilled to partner on a seamless solution for BigCommerce merchants to scale their businesses through eBay’s marketplace,” eBay’s Vice President of Business-to-Consumer Selling Bob Kupbens said in a press release. “eBay helps every shopper find items that are perfect for them — and this integration will deliver even more choice and selection to eBay’s highly engaged and active global buyer base.”

Another Step in the Ongoing BigCommerce Integration with eBay

This is not the first time we are seeing a collaboration between the two companies. Back in February, the two companies inked a similar dear under the monicker eBayLINK. They also later in April announced the just concluded integration.

And now, looking at the bigger picture, it is clear that the integration is strategic for both sides. BigCommerce, for instance, now has a new and a highly-effective way to woo merchants to its platform while eBay will now have a broader, more diverse selection of inventory.

Like other players in this space, BigCommerce considers itself a force to reckon with in omnichannel capabilities. The company has ties in all influential social networking platforms such as Facebook, Twitter and Pintrest. You can also link it to Intuit, Square and other accounting mobile payment services. They also have an integration with Amazon’s market place. And now with the recent eBay partnership, the sky is the limit to its users.