Hundreds Of Millions Being Invested In Brand New Ecommerce Platform 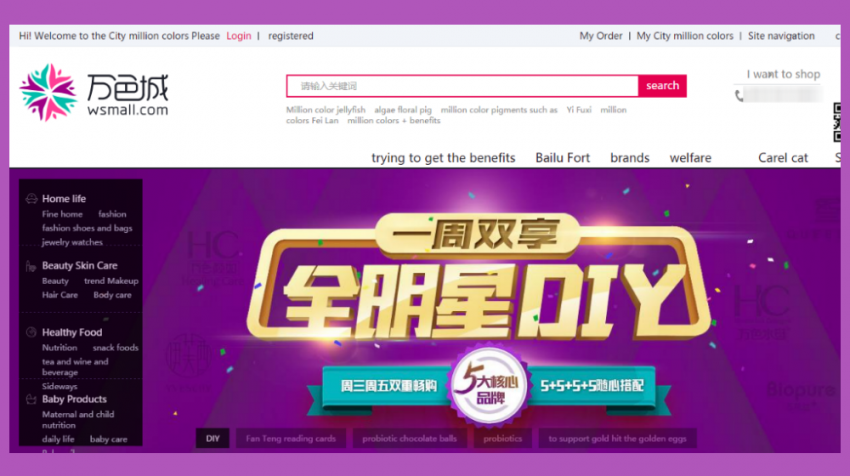 Is there a better way to do ecommerce? That’s what investors are asking as they seek out new ventures that could become the next billion-dollar Amazon or Overstock.com.

Many believe that it is too difficult to come up with a brand new ecommerce model. Let’s face it: it seems that all the potential avenues have been exhausted. There’s nothing else. But is that really true? Especially in today’s tech-savvy, highly globalized economy?

Every day, there seems to be a new incarnation of the ecommerce business model. Some platforms will concentrate on Business to Consumer (B2C), while others will hone in on Business to Business (B2B). Startups are looking to add social commerce into their plans as well.

Such a concept would give merchants, startups, and entrepreneurs, a great opportunity to sell their products to a vast market base both domestically and globally.

The question is: how can such a business model exist and thrive? B2C is constantly evolving and shifting, while B2B is more intricate and multi-layered. Of course, social media is in an entirely different world. When you combine the three for an ecommerce platform, how can it work?

Well, that is what Hangzhou-based company Wansecheng is looking to accomplish. The website has the financial backing of some of the biggest investors in China today.

Wsmall.com, established in 2009, is a website that combines the elements of ecommerce, entrepreneurship, B2B, B2C and social media into one web portal. The ecommerce platform aggregates more than 100,000 small merchants and vendors and provides them with an array of customized services that include branding, digital marketing, and customer service.

There are three primary elements to Wsmall.com:

Utilizing a B2B2C business model, Wsmall specializes in selling daily consumer goods, foods, baby products, cosmetics and many other items that the consumer is willing to buy online. With the next generation technology in hand, the consumer products meet health and safety standards.

What sets this online venture apart from the rest is the fact that the users retain the rights to their web stores. In other words, they can benefit from maintaining, organizing and designing the digital store as they see fit. They can decide what will give their personal brands a boost.

This aggressive approach to ecommerce is attracting millions of dollars in investments. Wsmall has been raising funds over the last couple of years from some of the biggest investors.

It was reported that global investment giants Warburg Pincus and CICC-Qianhai have invested $100 million into the company. Analysts predict that the company will likely generate even more funds; especially with the company’s vision of the future which is described as “a dream city with the DNA of strong innovation.”

Delivering a speech to a conference on ecommerce, the chairman of the company said, “a wealthy city reshapes the model of B2B2C ecommerce.”

“The core competitiveness of Wansecheng lies in the creation of an online entrepreneurial university town which simplifies the business procedure for average entrepreneurs and enriches their lives, so as to establish an ecommerce platform ecological system that is open, coordinated, sharing, with win-win outcomes, thereby contributing to the mass entrepreneurship, and sustained development of China’s economy and social harmony,”

Pundits like to say that this is Amazon’s world and we’re just living in it. With this notion in the forefront of the consumer’s consciousness, it can be pretty daring and even overwhelming to attempt to compete with the online retail juggernaut.

However, if there is one thing that Amazon has taught businesses it’s this: the rules of commerce have been updated to reflect the 21st-century economy. Everything from products, sales channels, distribution centers and marketing are now morphing into something more consumer-friendly than we have ever witnessed.

B2C is a concept that modifies and adapts at a whim to satisfy the consumer. B2B is far more reserved, technical and, as previously mentioned, multi-layered. This is why some may argue that merging the two models is like mixing oil and water: they just don’t go well together.

Wsmall.com is an example of businesses taking an alternative approach. This is having both domestic and foreign investors along with entrepreneurs paying close attention to its development.

The latest data suggest that 40 percent of global Internet users have purchased a product online with a desktop or mobile device. This means that there are an estimated one billion online shoppers. It is easy to see that as technology becomes more ubiquitous, the numbers will only grow.

Simply put: it doesn’t matter where you are – South America, Africa or Asia – there will be an ecommerce base, especially with the prevalence of mobile technology. Wsmall has exciting things in store for online consumers in the years to come.