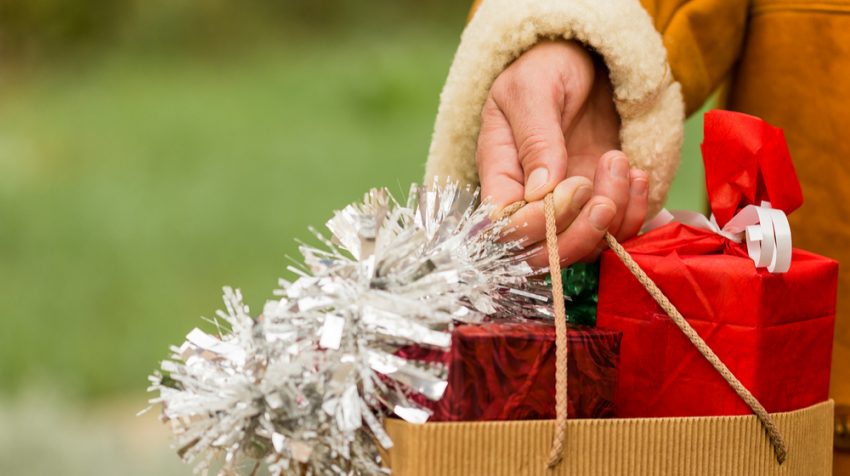 As Thanksgiving approaches, retailers across the country are gearing up for the busiest time of their year: the holiday shopping season.

If you’re wondering where shoppers be spending their money, what they want to buy, and which promotions will work best to attract them, then check out the holiday shopping predictions for 2016 below. 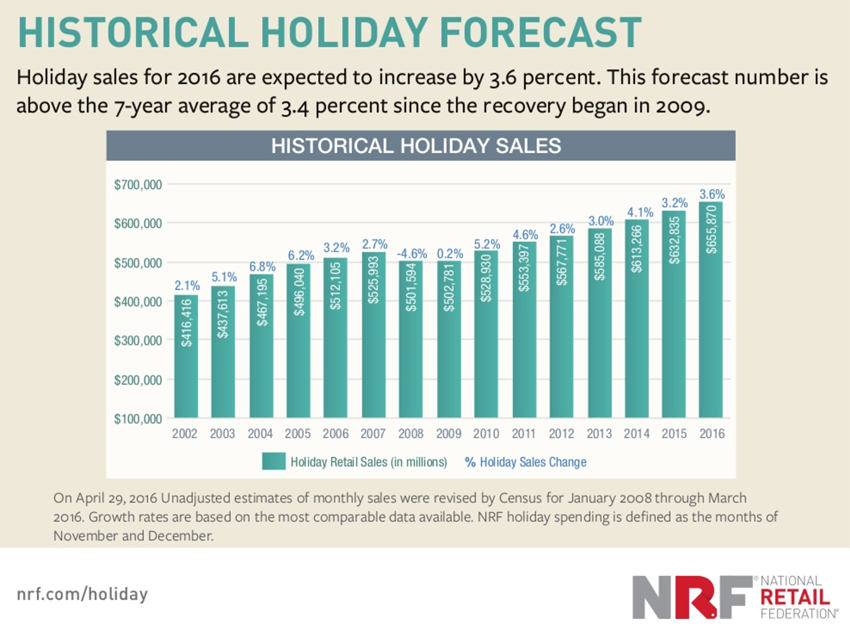 Talking About the 2016 Election

In the run up to the election, “Everywhere you turned — whether you’re picking up a newspaper or watching television — political advertisements are taking up ad space that retailers typically use to get holiday shopping on the minds of consumers across the country,” NRF President and CEO Matthew Shay said.

In other words, sales leading up to the election were slow because consumers were riveted by the ongoing race.

Shay went on to say that, “Once the election has passed, we anticipate consumers will pull themselves out of the election doldrums and into the holiday spirit. Retailers should prepare for a rush of consumers in the weeks following the Presidential election as they get more economic and political certainty and are looking to take advantage of promotions and deals that are too good to pass up for their friends, family and even themselves.”

On top of Shay’s optimism, Britt Beemer, chairman and CEO of America’s Research Group, predicts a 6 percent to 7 percent increase in shopping by consumers who supported Trump. Of course, this surge in spending may be offset by lower spending among Hillary supporters. Perhaps they, like Twitter user Ariana Cristina, will shop for another reason. Following the election outcome, Cristina tweeted: “There’s this new bag at @HenriBendel I want and I feel like today is a good day for retail therapy.”

Finally, an interesting survey conducted by the NDP Group before election day revealed that one indicator of how well a retailer will do this holiday season may come come down to what goods they sell and whether they sell those goods in a red or blue area: 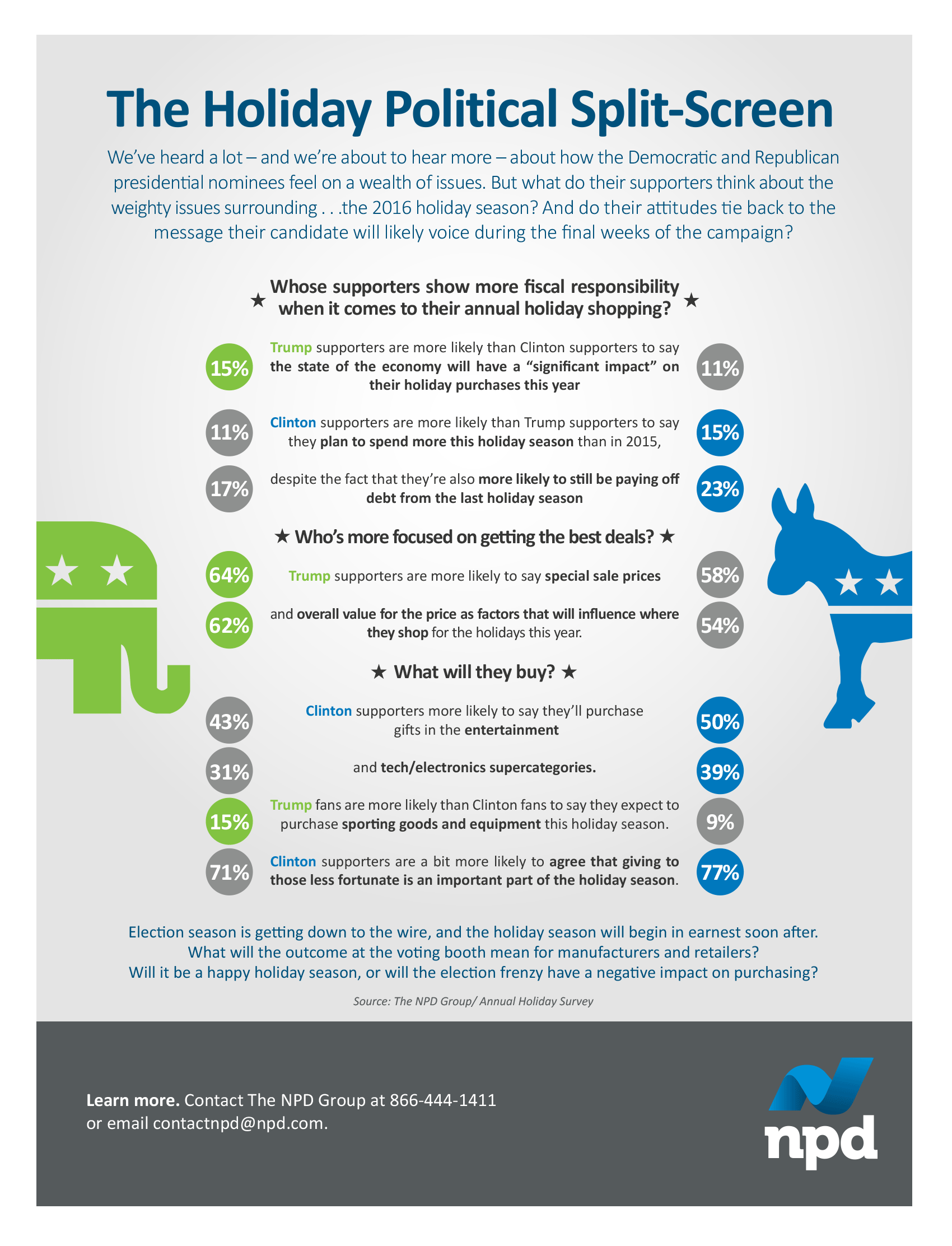 Where Consumers Plan to Shop in 2016

In previous years, online sales have claimed a growing share of holiday sales and 2016 will likely continue that trend: 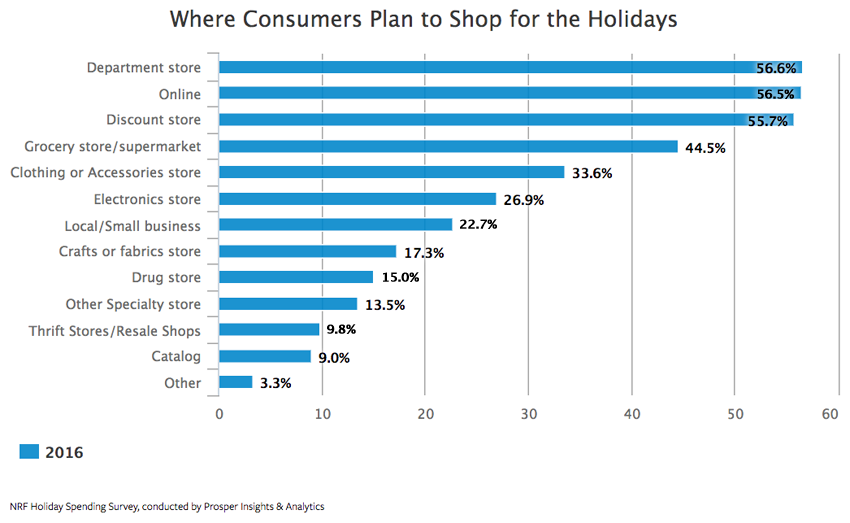 Offline retailers should play to the strengths identified in a Deloitte survey of US consumers on their planned holiday shopping behavior:

The Promotions That Attract Holiday Shoppers

If you want to get the attention of holiday shoppers in 2016, the following chart shows you the best ways to do so: 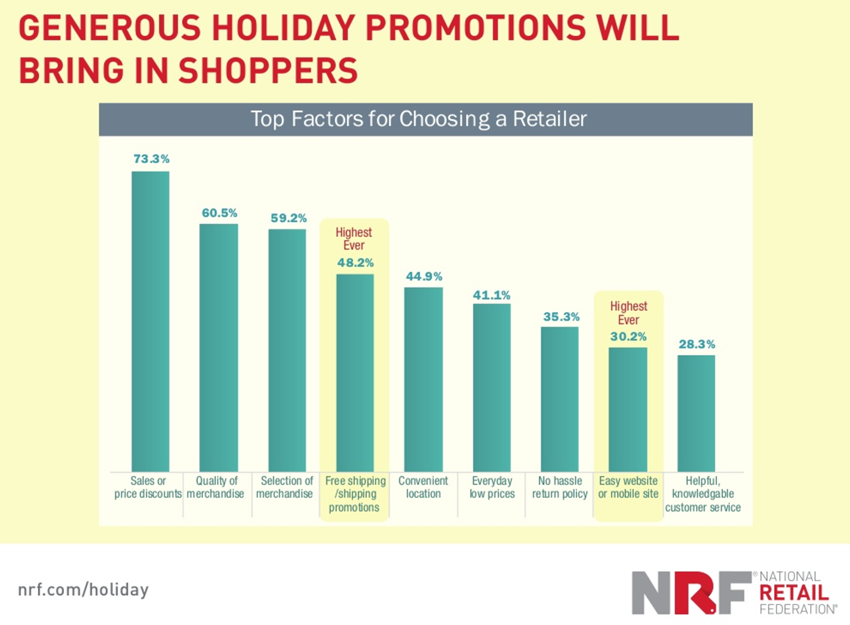 While an easy or mobile website lends itself to ecommerce, it’s interesting to note that two-thirds of US consumers will first look online and then purchase in store. In other words, an easy-to-use or mobile website benefits offline retailers as well.

As to shipping, one interesting change from 2015 is the perception on the part of US consumers in regards to speed. “Consumer expectations of retail policies continue to rise, particularly around shipping. Unlike last holiday season, shoppers no longer consider 3-4 day shipping to be “fast.” For most, shipping within 2 days or less fits the description.”

What Do People Want as a Gift?

In 2016, gift cards and gift certificates top the list of desired gifts at a whopping 61 percent. Happily, offering and promoting gift cards has become much easier for retailers both big and small. 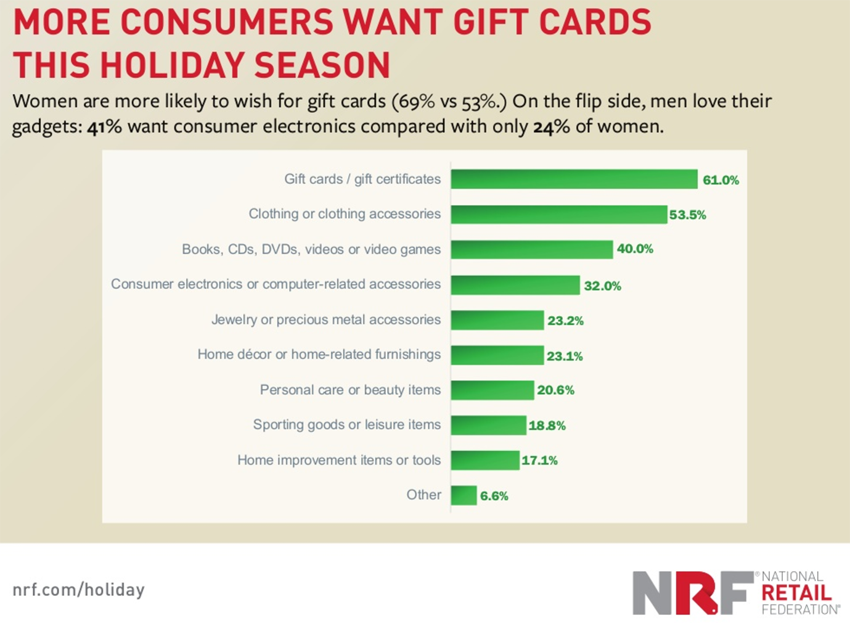 Wrapping Up the Season

While the impact of the election may yet be felt, both shoppers and retailers seem confident that the 2016 holiday shopping season will be a good one. Shoppers are ready to spend and retailers are rolling out the discounts and promotions that entice shoppers.

So to all, happy holidays!

Matt Mansfield is the Tech Editor and SEO Manager at Small Business Trends where he is responsible for directing and writing many of the site’s product reviews, technology how-to’s, and lists of small business resources as well as increasing the reach of our content.
One Reaction
Subscribe
Follow @smallbiztrends
RSS LinkedIn Pinterest iTunes