This article is sponsored by Meylah. 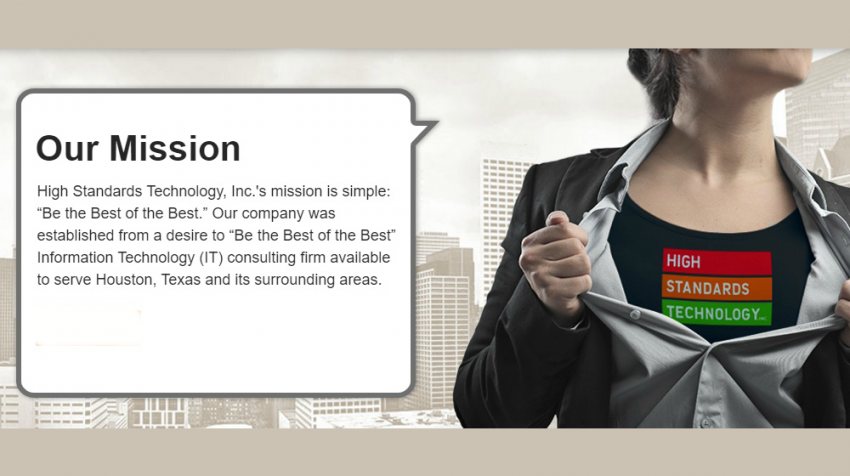 Sometimes, it’s a good idea to take your child’s advice.

That’s what Stana Steen, founder and president of High Standards Technology, Inc., an information technology company based in Houston, Texas, realized when she considered making the move from providing traditional IT solutions to becoming a cloud-ready managed services provider.

“We need to get on this cloud thing,” is what her daughter (who also happens to be the company’s operations director) stated emphatically during a discussion of the topic.

“I had my reservations,” Steen told Small Business Trends in a telephone interview. “I had seen a lot of hype about technologies that didn’t come to fruition. I told my daughter to hold off and let’s see what happens first. I just kept putting her off despite her insistence.”

Steen said the tipping point came when clients began to approach her about the cloud.

“I began to receive push back from clients asking about the cloud, and was seeing companies such as Microsoft, Amazon and Google offering cloud-based products,” she said. “I remember thinking, ‘I guess there is something to this cloud thing.’ At that point, we went to Microsoft, got certified and started onboarding clients. Now, every time we bring a client on to cloud platform, my daughter never fails to remind me that it was her idea!”

How High Standards Got Its Start

Steen started the company in 2002 based on a desire to provide, in her words, “honest” services.

“I wanted to start an IT company that was honest and told the truth to the client,” she said. “I found that not that many IT companies in our area put the needs of clients first. We wanted to differentiate ourselves in that respect, which is largely the reason we included ‘High Standards’ in the company name.

However, to quote Steen, “We do just about anything that has to do with IT.”

Steen said that resistance from clients usually arises from two quarters, for two different reasons: employees who resist change to their work habits and executives concerned about costs.

“Employees fear that moving to the cloud will make their jobs harder and that they will have to new learn new ways of doing things,” she said. “Our task is to educate them on the benefits of the cloud, convincing them that the transition will actually make doing their jobs easier and faster.”

For company executives, it’s all about the money.

“CFOs and CEOs express concerns over how moving to the cloud will affect financial data, particularly who will have access to it and be able to see it,” she said.

There are also concerns over implementation costs.

“CEOs and business owners think they own the cloud-based software and have trouble realizing that’s not the case,” she said. “We have to explain that the fee they pay each month for managed services is better from an ROI perspective. They don’t incur large expenditures from buying and maintaining a fixed server or from data migration. We try to get them to see it as an investment long-term.”

Steen says she relies on education to get clients over their fear of moving to the cloud.

“We explain how the data centers operate, how redundancies and encryption protect data and cite statistics that support our case,” she said. “We also enlighten clients on how moving to the cloud eliminates downtime, fosters group collaboration and provides anytime access. When business owners see how a group of employees can work on one document in the SharePoint environment, that’s usually all it takes to push them over to a yes.”

Steen added that because the cloud has been around for a while, people are more comfortable with the idea of moving to it.

“Convincing a client usually takes anywhere from 30 to 60 days,” she said. “But depending where the client’s head is at, it could be as little as two weeks.”

That process is often expedited when clients experience some type of disaster, such a server crash resulting in the loss of data or even when the client realizes he can’t access information when out of the office.

“We had a law firm that absolutely refused to move to the cloud,” Steen said. “The company became the victim of ransomware through a phishing scheme. Files got encrypted, and the firm had to pay the ransom to retrieve them. That’s when we received a call.”

She was quick to point out that had the firm been a managed services client, it would “never have gotten that email in the first place.”

Steen said that she often uses incentives in the form of free training to convince clients to convert.

“We provide free training through the local Microsoft retail store,” she said. “It doesn’t cost us anything, and we work closely with the store to provide training. I also speak there, on occasion.”

Steen indicated that implementation could take as little as one to two hours per user, and that includes training. Costs average around $350 per user, which covers all aspects: Microsoft licensing for one year, data migration and training.

Midmarket companies with many employees could see expenditures rise into the five-figure range, but, according to Steen, costs for a company with 20 users, for example, could be as little as $2,000.

Where the Transition Process Starts

Typically, Steen starts by migrating email, whether that involves a POP environment or in-house Exchange server.

“The reason we start with email is that it has a low impact on the client,” she said. “It includes new features the client didn’t have before and does not require them to change the way they work. If the company has been using Outlook, for instance, it continues to do so. It’s not an imposition on their time, which makes them think, ‘This cloud thing is really easy.’ That’s when we take them to the next step.”

The primary challenge when moving a client to the cloud is trying to make too many changes at one time, Steen said.

“We don’t want to overwhelm the client with all this new technology,” she said. “Our challenge is to move them through the process slowly, step-by-step. We get them onto email, and then progress to other products over time.”

Becoming a cloud-ready managed services provider has enabled Steen to realize her vision of providing a high standard of service that places the needs of the client ahead of her own. It’s something for which she is grateful, even if she has to give her daughter the credit.