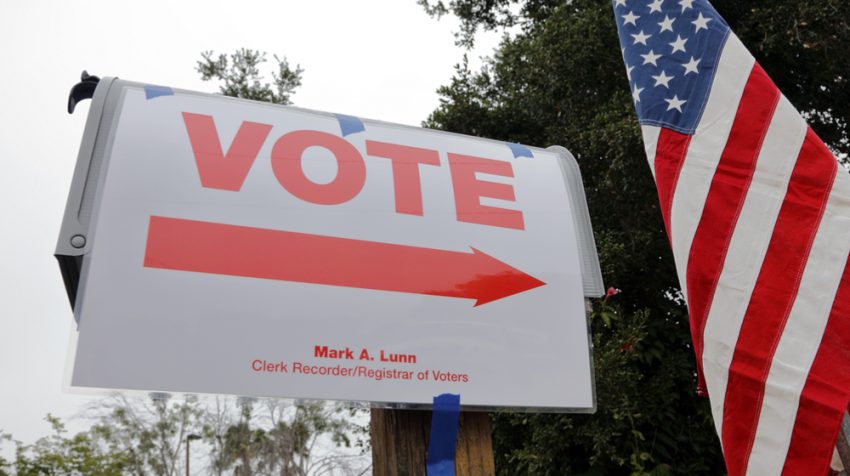 After this week’s election, businesses in certain states will soon have to deal with a higher minimum wage. And shipping businesses are also preparing for a large shipping volume this holiday season. You can read about these headlines and more below in this week’s Small Business Trends news and information roundup.

FedEx (NYSE: FDX) is gearing up for the biggest holiday season ever. The company says it expects each of the four Mondays during the season to be among the busiest in its history. FedEx Foresees Record-Breaking Holiday Shipping Season FedEx anticipates its average daily volume of packages (12 million) to double (25 million+) during the busy period.

Table 87 is a hugely popular and very busy pizza parlor in Brooklyn, New York. Founded by entrepreneur Thomas Cucco, Table 87’s delicious coal-oven baked pizza pies, calzones and creative sandwiches are like a magnet for hungry locals and tourists from all over the world. One day Thomas Cucco came to work and realized that his computer had crashed.

Change is coming — to Toblerone candy bars, that is. The iconic Swiss chocolate bars in the U.K. are getting a makeover due to the rising cost of ingredients. So instead of passing along that cost to customers, Toblerone decided to add longer gaps between those triangles of chocolate, honey and almond nougat. But loyal U.K. customers aren’t happy.

Samsung Alternative to Siri and Cortana Coming With New Smartphone

Samsung (KRX:005930) announced it is adding a new generation of Artificial Intelligence (AI) to the upcoming Galaxy S8 phone to be released in Spring 2017. With Alexa, Cortana, Google Now and Siri as the established AI platforms for mobile, PCs and homes, Samsung looks to outdo all of them with Viv, the AI company it acquired last month.

Are Scammers Targeting Your Customers in the App Store? (Watch)

Galaxy Note 7 Prompts Commercial Flight Delay, But Was the Device Even On the Plane?

Passengers on-board a plane at the Philadelphia airport were told to leave the aircraft after “Galaxy Note 7,” the name of the infamous exploding Samsung device, appeared on a list of WiFi networks. The captain forced the passengers to exit and to be searched again as a precautionary measure.

As a small business, integrating SMS into a larger marketing strategy is a win-win. And with the new SMS4Act! app from Swiftpage, small businesses can send a text messages directly from Act! to their customers and prospects. Act! is a customer relationship management (CRM) software application that allows multiple users to share a single database to keep track of the details of clients.

Trump, Like Small Business Owners, Shows Strength of the Underdog

The 2016 Presidential election shocked a lot of people — including pundits. But if you were a small business owner, it might not have been so surprising. The chances are you might have been behind the winner, President-elect Donald Trump.

Content marketing is a must for a lot of businesses. It can even help businesses that might not appear to be very interesting on the surface. In fact, that’s exactly the type of business that SPROUT Content specializes in helping. You can learn more about SPROUT Content and its offerings in this week’s Small Business Spotlight.

How Many  Hashtags Should You Use in a Tweet? A New Study Reveals This and More

Have you ever wondered how you can effectively use hashtags (#) for social media to increase the reach of your business’ social media posts? Well, a new study conducted by TrackMaven, an integrated marketing analytics software firm, looked into the issue and revealed some useful social media hashtag best practices on Twitter and more.

Social messaging app Snapchat is reportedly seeking to raise as much as $4 billion in an initial public offering expected to take place at the start of next year. Details of the Planned Snapchat IPO Insiders familiar with the plans told reporters at Bloomberg that Snapchat is currently in the process of filing for a listing with a view to start selling shares in the first quarter of 2017.

Is the New Hype App Appropriate for Small Business?

Vine’s glory days may be over, but its creators don’t look to have given up on social apps just yet. The original co-founders of Vine, the platform that Twitter acquired then recently announced it would be shutting down, have announced a new social app known as Hype. Unlike Vine — a video looping app — Hype is a livesteaming service like Periscope or Facebook Live.

Samsung again says its recalling some of its products due to safety concerns. If it feels like you’ve heard this all before, you’re right. Samsung has already dealt with issues regarding its Galaxy Note 7 devices overheating and even catching fire this year. And after a recall, the issue still wasn’t fixed for all consumers. So the company finally stopped production on the device.

Trying a new lipstick or make up on your face is so yesterday! A new chatbot from Sephora Virtual Artist powered by Modiface will let you see every imaginable color combination without ever touching your face. This type of collaboration for product discovery using Artificial Intelligence (AI) is a first for a large retailer.

You probably know Vistaprint for its print marketing products, such as business cards and brochures. But a few years ago, the company launched a digital marketing division, Vistaprint Digital, to help small and micro businesses get and be found online.

Surface Dial May Be Unsung Hero of Recent Microsoft Release

The new Surface Studio, Surface Book and Surface Pro were just released to some fanfare, but the unsung hero of the Microsoft (NASDAQ:MSFT) event was probably the Surface Dial. As an accessory, it didn’t get a lot of attention, that is until everyone became aware of its capabilities.

For independent practitioners like physical fitness trainers, coaches, consultants and more, the Artichoke app claims to simplify many problems. These small freelancers with a staff of one sometimes struggle to manage their clients, set appointments, take payments and more.

See Also: Raising the Minimum Wage is Not Just Bad for Business Owners

The Apple (NASDAQ:AAPL) event recently announced updates to the MacBook Pro, but there wasn’t a new standalone display. For this, Apple has decided to go with LG (KRX:066570) and a pair of premium 4K and 5K high-resolution displays. A Look at the New UltraFine MacBook Pro Displays The LG UltraFine 27-inch 5K monitor, and the LG UltraFine 21.