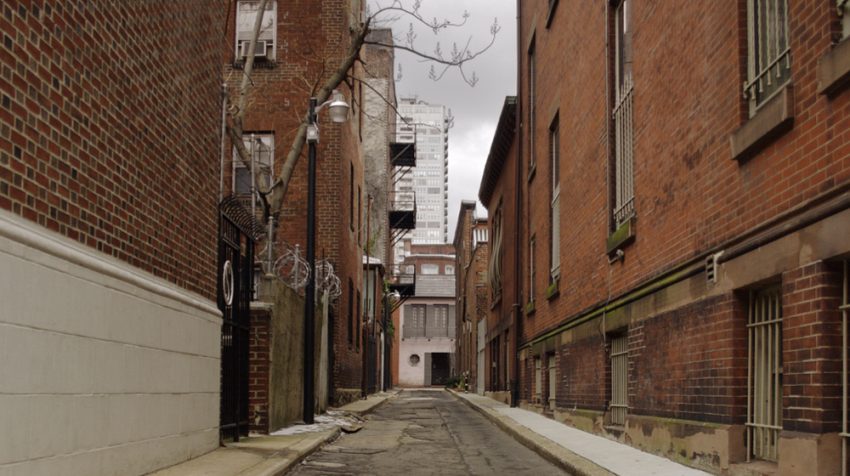 Few can argue that the Main Streets of America have been in decline for years. But that has not always been the case. Before World War II, the downtown area was the commercial hub for big cities and small towns alike.

According to Main Street America, a revitalization campaign sponsored by the National Main Street Center, a subsidiary of the National Trust for Historic Preservation, downtown buildings typically had several tenants.  Retailers would be on the main floor. Offices or apartments were above.

The presence of municipal buildings such as the post office, library and local government provided further reasons for people to populate the business district.

One event, in particular, served to change that dynamic: the creation of the interstate highway system, which led to the growth of suburbia.

Where the people went, business followed, resulting in the development of regional malls and shopping strips. The downtown customer base dwindled, and property values and sales revenues dropped commensurately.

To put it plainly: Suburban flight led to urban blight.

“Neglected buildings, boarded-up storefronts and empty, trash-strewn streets gradually reinforced the public’s perception that nothing was happening downtown, that nothing was worth saving there,” says the Main Street America website.

Downtown Revitalization Efforts are Underway — and Your Business Can Help

Thanks to the efforts of organizations like Main Street America and state and local revitalization groups, many declining communities are turning around and becoming vibrant, livable places — and businesses in these areas would be wise to help.

So what can your business do if it finds itself trapped in a waning area? 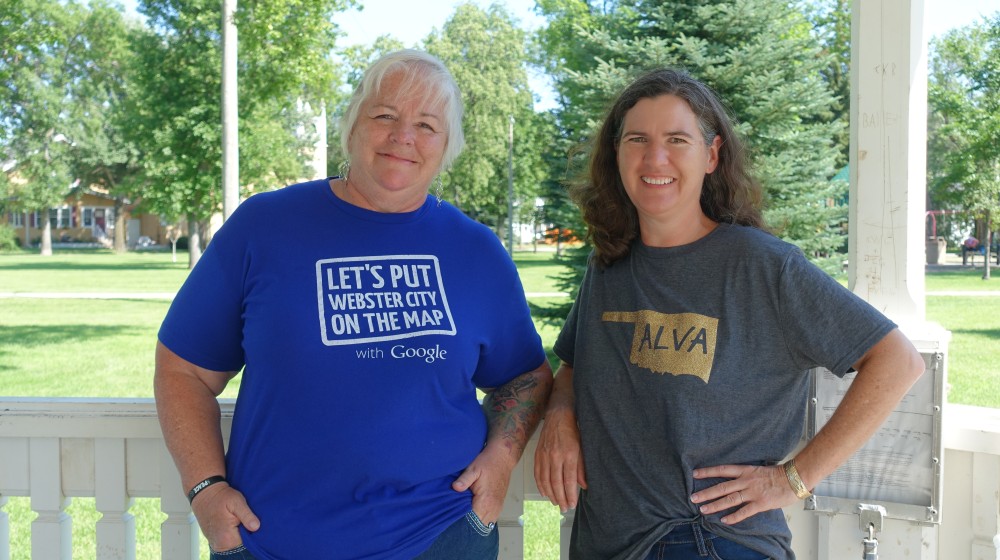 Through a project they started called Save Your Town, McCray, a business owner in Alva, Oklahoma, along with Brown, Executive Director of the Webster City (Iowa) Area Chamber of Commerce, lead workshops and seminars in municipalities across the country. They teach local business owners and government officials how to turn the downtown around.

The two spoke with Small Business Trends by phone and provided the following six pointers for businesses looking to participate in revitalization efforts.

How to Overcome a Bad Small Business Location

To revitalize your downtown, do the following:

1. Partner With Other Businesses

“Talk to other business owners regularly with the intent of revitalizing the downtown,” McCray said. “Share ideas and dream up activities together. Put the power of the network into action.”

She said that when people connect, they will come up with better ideas together than what they could on their own.

Brown added that business owners should look for other like-minded individuals and avoid the “committee of negativity,” the people who question the use of innovative ideas.

Special events already take place downtown. But the hardest thing for people who organize them is to get participation from business owners, McCray said.

She urged business owners to “volunteer, spread the word, be open during the time the event is going on and have a relevant activity taking place in your store.”

She gave as an example, an evening art walk.

“Have an artistic activity in your place of business during the event. For example, include an artist displaying her works or a musician performing his songs,” McCray said. “Go through your customer list and find out who does something artsy. Invite them to present in your store.”

Businesses that want to revitalize their area need to do a better job serving customers, McCray said. For example, be open during the hours that customers want, not when you want.

“Do the best job serving your current customers and those who visit your business during special events that you can,” she advised. “It will work to your benefit, whether you’re located in a declining area or not.”

The pace of change in retail has never been faster and businesses need to do a lot of testing and experimenting, trying new things to see what works and what doesn’t.

That includes the use of technology. The prevalence of mobile device geo-targeting via Google Maps and apps such as Foursquare and Perch, which focus on local businesses, has only served to accelerate change.

“Look at your impact online,” Brown advised. “Is your website mobile-friendly? Can you be found via search engines? Make sure your business appears in local directory listings.”

She also recommended that business owners consider blogging as a way to establish themselves as experts in their niche, to foster trust and build credibility.

In that vein, McCray said that businesses should market themselves via multiple channels, both online and off, to reach new customers.

“Be where prospective customers can find you,” she said. “That includes online but isn’t restricted to it.”

She cited a 2013 IBM study that outlined five trends that will take place in the next five years, one of which involved retail.

She said the study revealed that within a half decade, buying local will beat purchasing online.

“The very best brick and mortar stores will combine the immersive, immediate experience of shopping in-store with the additional information that results from being connected digitally.  Digital information includes customer reviews, product recommendations, wish lists, and so on,” McCray said.

“Customers will benefit from the ability to ‘feel the merchandise.’ They get immediate gratification that comes from taking their purchase home right now with the contextual online content that can enrich and advance the purchase process.”

Because they won’t immediately know everything new customers want, McCray suggested that business owners find someone who best reflects that group. Let that person set up a pop-up shop (a corner of the store or a shelving unit) to display products he or she thinks will appeal to the group.

“You will learn from them and gain experience at being able to serve a new type of customer best,” she said.

Brown cited an innovative idea that has proven successful, which a small Pennsylvania town implemented a few years ago.

“Tionesta, Pennsylvania, a town of about 500 people, created a market as a destination. A revitalization organization lined up small sheds around an empty lot located in the middle of downtown,” she said. 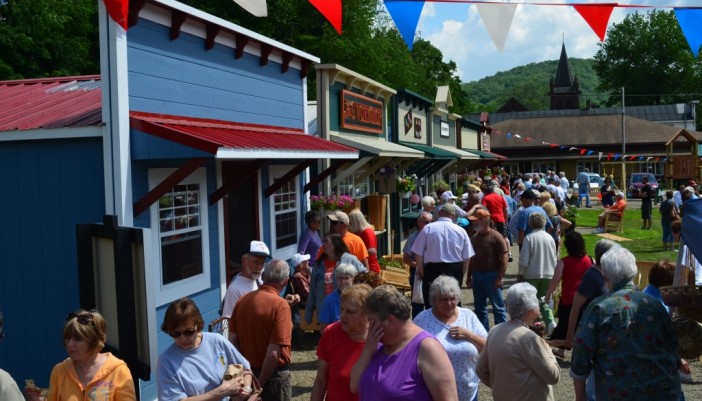 The group decorated the sheds. They put a square in the middle (to resemble a town square). Then they rented them out for $250 per month, to allow people to sell their wares.

“One person, for example, sold fishing lures he made at home while a winery sold bottles of wine,” Brown said.

The project, known as Tionesta Market Village, has since become a favorite weekend shopping destination for residents and visitors alike.

Brown, a chamber of commerce director, suggests showing people empty buildings.  One way she found to encourage revitalization is to take interested parties on a walking tour of vacant downtown buildings. One such tour, in Webster City, resulted in 10 out of 14 empty buildings becoming occupied.

“We intentionally looked for businesses in other towns that we felt would be a fit for ours and found them. A company that had a store wanted to expand, and a woman who was working from her home opened a retail shop. What we’ve found is that the more people we talk to the more we have people looking at these locations.”

McCray added that what works in smaller locales can also work in metropolitan areas.

“Large cities are made of up neighborhoods,” she said, “and by definition, downtowns are small communities. You may think there is a difference between populations made up of hundreds of thousands versus hundreds or thousands. But the people in those communities are the same, regardless of size. Trends in downtowns come more quickly in urban areas, but we all face the same changes in the end.”

To that end, Main Street America says that more than 1,600 communities are once again looking to Main Street for help. They want to save historic buildings and revive the commercial core. The goal is to strengthen the businesses that survive there. In turn, they hope to stop community erosion resulting from suburban sprawl.

To learn more about ways that your company can participate in local revitalization efforts, visit the Main Street America and Save Your Town websites. Also, if you’re not already a member, join your local chamber. That’s certainly a good way to partner with other area businesses to foster change.