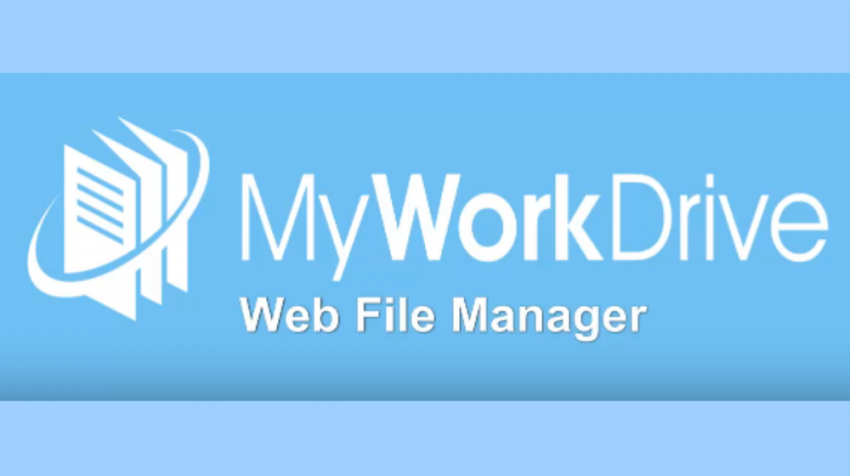 Business partners Rob Schenk and Dan Gordon, founders of Intivix, an IT company based in San Francisco, are serious about the Cloud. So serious that not only do they offer many cloud-based services to their clients, but they also have funded and developed a remote access solution that enables businesses to get to their files either from on-premise servers or those hosted in the cloud.

The solution, called MyWorkDrive, was designed with simplicity in mind, born out of clients’ frustrations over problems with accessibility.

“I just want to be able to access my work files reliably without a bunch of hassles,” said Gordon in a telephone interview with Small Business Trends, referring to complaints he had received from clients.

In the past, remote access required the use of complex VPNs and error-prone synching software — a problem Schenk and Gordon determined to resolve. Furthermore, other clients didn’t feel comfortable moving all their files to a cloud-only based service like DropBox.

“Clients wanted the flexibility of gaining access to files from anywhere, just as if they were in their office,” he said. “We tested and reviewed many solutions and ended up not finding anything that was the right fit. Platforms were either very expensive, very cumbersome or challenging to maintain.”

Instead of a third-party platform, Schenk and Gordon built MyWorkDrive, a direct and easy way for customers to get to their files from any location, using both desktop and mobile devices (browser-based or the familiar mapped drive mechanism).

“MyWorkDrive natively integrates with the security and permissions of Active Directory that’s already set up for all our customers, so we didn’t have to reinvent that stuff,” Gordon said. “We wanted something very simple, very targeted and tied right into Microsoft Active Directory. That’s where we’re at today.”

Gordon added that, with marketing efforts now in place, many MSPs are beginning to use the product, in addition to all of Intivix’s clients.

A unique feature only available with MyWorkDrive, according to Gordon, lets users double-click on a document right from the web, edit it directly in Office or in Office 365 and save it back to the local or cloud-based server.

“We can open it in Office 365 and conduct searches on the file server, to give people a full experience without them having to install anything on their computer,” he said. “We have a patented connector that they can enable (with no firewall rules or certificates to deal with), and then their server will be available online once we install the software, which takes about 20 minutes.”

Gordon cited one company that has a large file server consisting of eight terabytes of data as an example of MyWorkDrive’s capabilities.

“The company has a lot of staff who have to go out and take a number of photos in the field,” he said. “Being able to access those [photos] from anywhere, with indexed search, along with the ability to upload massive amounts of files from a service at gigabit speed, makes MyWorkDrive a good option for them.”

Pricing for MyWorkDrive ranges from $49.99 per month for up to 20 users to $1,200 for an enterprise license that supports 500 users. The company makes custom pricing available for corporations with a larger user base. In addition, they are actively collaborating with Managed Service Providers around the world to join their partner channel with compelling partner discount and internal use rights.

While MyWorkDrive takes up much of Schenk’s and Gordon’s time, Intivix does offer other cloud-based services, including hosting through Microsoft Azure and Amazon Web Services, as well as migration to Office 365 and Google for Work.

When asked about the risks and problems associated with transitioning clients to the cloud, Gordon takes a measured tone, saying that people get sold on cloud solutions without thinking through all the ramifications.

“We’ve picked up clients who didn’t do proper requirements gathering before they migrated to a cloud solution and have been unhappy with the results.'” he said. “Ultimately, they end up going through a migration with another provider and realize later that it doesn’t support all their requirements like Office 365 Email does. ‘It doesn’t have the Outlook feature that our users want’ they say, for example. In the end, we have worked with clients where we had to redo the migration away from other cloud solutions.”

Gordon feels that many times, customers simply give in to the hype surrounding the benefits the cloud is supposed to provide, but that fall short when put into practice.

“They don’t really even know or understand what the word ‘cloud’ means,” he said. “They think, ‘It’s going to save me money. It’s going to make my life easier.’ When that doesn’t happen then they have to deal with the ramifications.”

While Gordon asserts that the cloud isn’t right for everyone, he believes certain applications could be beneficial.

“I would say there are targeted cloud applications that make a huge amount of sense for companies,” he said, “but it’s not for everyone at this point.”

He cited Office 365 as an example.

“I think you’ve seen a lot of people moving to Office 365,” he said. “That’s a very targeted solution that makes a lot of sense, that makes emails what the phone used to be.”

Regarding full implementation, however, Gordon said that as long as security and bandwidth aren’t an issue using cloud-based applications can be a useful strategy but can also be a disaster if not well thought through.

He does agree that in five to ten years, the cloud may be more ubiquitous but at this juncture, there are legacy-type businesses whose workflows, training and knowledge levels have not sufficiently advanced to the point where full adoption makes sense. It’s a pragmatic approach that takes into account where his client companies are regarding readiness.

“Companies are biting off more than they can chew in moving to the cloud when all they’re looking for, in many cases, is akin to what they already have,” he said. “That’s why MyWorkDrive isn’t exclusively cloud-based but also incorporates access to on-premise servers. It’s a solution that can accommodate everyone. It allows companies space to move to the cloud at their own pace.”

MyWorkDrive invites all Managed Services Providers around the globe to explore their solution as a simple pathway to creating additional cloud recurring revenue by participating in their partner channel. Sign up today.