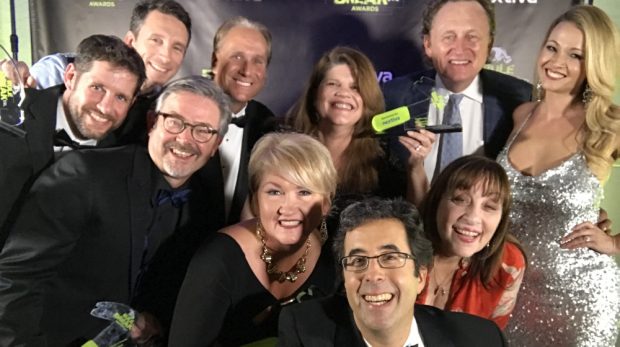 Only a tiny fraction of the nation’s 28 million small businesses are honored with an award.

But seven small businesses bucked that trend. They were recognized last week in the 2016 Rule Breaker Awards.

“Those honored were chosen from over 2,000 nominees. It’s a stunning accomplishment,” said Barry Moltz, co-founder of the Rule Breaker Awards.

The seven businesses were recognized in a ceremony in Scottsdale, Arizona, for their unconventional paths to success.

The winners of the Rule Breakers Awards are sure to inspire you.  Let’s take a whirlwind look at each of them. 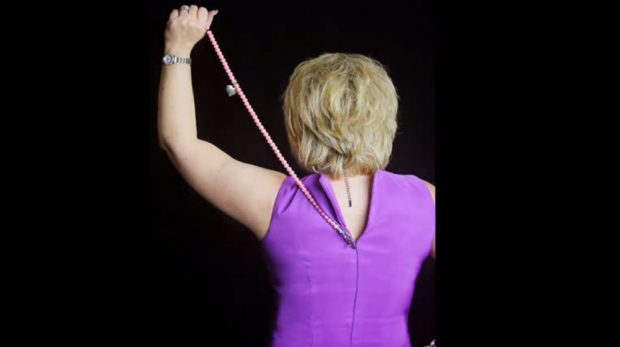 Owner Jody Harris’s invention, ZippedMe, solves the problem of how to zip the back of a dress when there’s no one to help you.

The ZippedMe product looks like a string of beads with a hook. It is amazingly innovative — yet so simple you’ll be left wondering, ‘now why didn’t I think of that?’

Harris’s motto is “don’t quit.” She lives it everyday with her portfolio of businesses. And she is a best-selling author and motivational speaker.

Harris won in the New Small Business category. She also was named the grand prize winner during the ceremony. 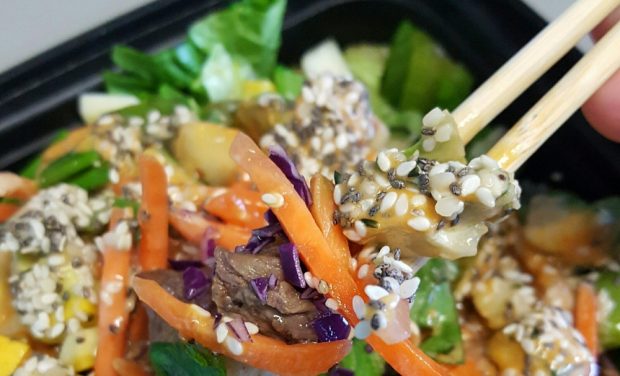 “A person can eat Quarks every day and actually improve their health.” That claim, say the owners, is one most other fast food places can’t make.

Doesn’t the food above look mouth watering AND healthy?

Quarks American Bento is located in St. Cloud, Minnesota.  It was named the winner of the Retail Business category.

The company’s mission is crystal clear yet profound: To protect the world’s most precious resource.

Aqua-Guard’s patented oil skimming technology has been used to clean up oil spills in waters from Alaska to the Gulf of Mexico, and from Egypt to China.

The company is based in North Vancouver, Canada. Aqua-Guard won in the category of Established Small Business. 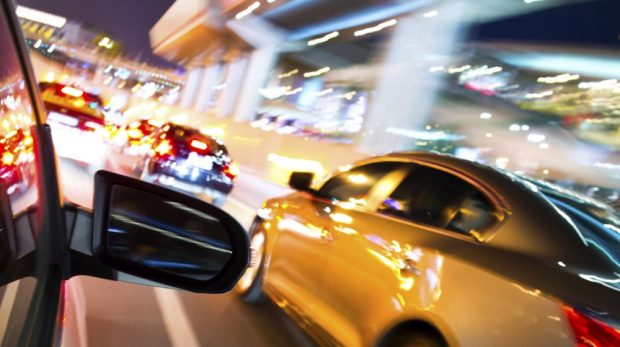 A few years back, MobileComply would have been little more than a bright futuristic idea. Today, it’s a real business serving a nascent industry.

MobileComply provides workforce training and credentialing for professionals in the connected and autonomous vehicles industry.

The business is the brainchild of Elaina Farnsworth. It grew out of her ability to communicate complicated concepts to others.  MobileComply won in the Tech Services Business category.

A headhunter firm for machinists and welders?   Yes — and for all types of skilled blue-collar jobs in manufacturing.

Diversified Industrial Staffing says it is the “only exclusive provider of skilled trades labor” throughout the United States.  Todd Palmer founded this service for blue-collar workers in skilled trades by applying white-collar headhunting tactics.

The company has helped over 4,300 people in the skilled trades secure employment. 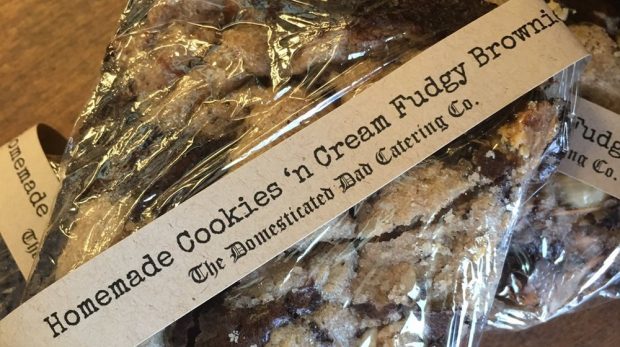 Jennifer and Michael Young have a history in commercial food service.  One of the company’s delectable treats is pictured above.

The brown bag service started out with a Facebook posting by the Youngs’ children. They got such a great response that a family business in brown bag lunches was born.

The Domesticated Dad won in the Manufacturing Business category.

BIGG Success didn’t make the cut for the Rule Breaker awards. But did co-founders Mary-Lynn Foster and George Krueger let that hold them back?  No!

Their company, BIGG Success, got a special mention as a “Rule Maker.”

Foster had appealed to the judges with a simple request. She wanted to know if the amazing social media support from BIGG’s followers could count toward their score.

No dice on amending the rules, said the judges. But BIGG got a special mention based on their rule-breaking attitude.

“We had an amazing group of impressive applicants this year. If you want to see innovation and creativity, this group exemplifies it,” said Rieva Lesonsky, co-founder of the Awards.

The Awards ceremony took place at the Talking Stick Resort. Moltz emceed the event dressed in a tuxedo. He said he felt he owed it to the award winners to honor them by dressing for the occasion.

“Everyone here traveled long distances on their own dime, because the award means so much to them,” Moltz added. Several of the honorees also wore tuxes or long gowns.

Actress and former Mrs. Arizona, Rosalie Michaels, presented the awards at the ceremony.

The Awards ceremony was held in conjunction with the NextCon business conference. NextCon, hosted by Nextiva, a business communications provider, brought impressive speakers such as Steve Wozniak, a founder of Apple. Over 2,500 signed up for the conference.

“Nextiva has enjoyed fast growth and success. We wanted to give back to the business community by holding a learning event to educate and inspire,” said Yaniv Masjedi, Nextiva’s Chief Marketing Officer. “We spent almost a year planning NextCon. We brought in top tier speakers as well as business experts.”

“Giving back is also why we chose to support the RuleBreaker Awards as sponsor,” Masjedi added. “We serve businesses from small to large. At Nextiva we feel it’s important to recognize small business leaders for their economic impact.”

About the Rule Breaker Awards

This was the third year for the Awards.

Mike Michalowicz, a co-founder of the Awards, called out an important rationale behind the awards: risk taking.

“It is the entrepreneurs who break the rules who have the biggest impact,” he said.

“For what seems like forever, businesses have been celebrated for growth. For their size, for their numbers. But now there is finally a major award that recognizes entrepreneurs who challenge the industry. ” Michalowicz added, “The RuleBreaker Awards recognize just that!”