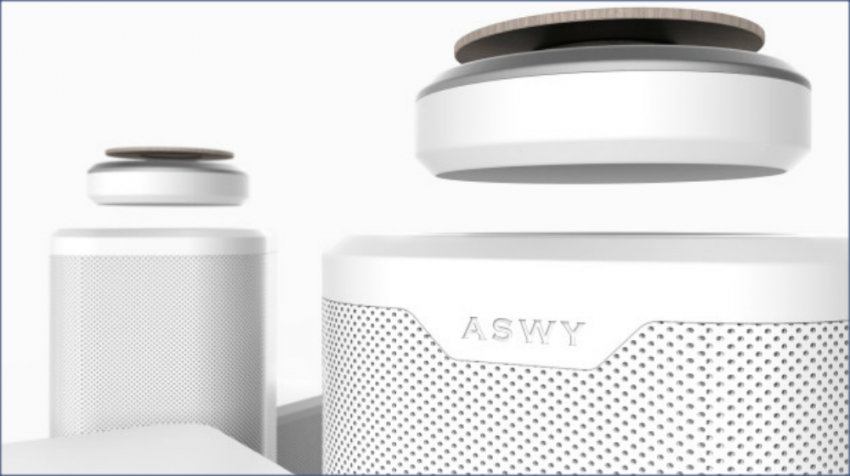 While video gets more attention when it comes to rich media, it wouldn’t be much without audio. The creators of SPACO, the voice controlled levitating speaker, have designed a system that looks as good as it sounds, while performing some magic.

The 720-degree SPACO speaker has smart technology integrated into the system so you can control it with your voice.

SPACO has a compact design that allows it to be placed almost anywhere, even outside of your home or office. And then there’s perhaps the most unusual feature — the tweeters on these speakers levitate!

The levitation is not a gimmick. SPACO removes the surface friction of traditional speaker systems by levitating the tweeters and facing them upward to deliver better audio. And because the device charges while it is levitated, it can remain suspended and always on.

In addition to looking cool, SPACO is very functional. It can be used in the home or office as a comprehensive entertainment/conferencing audio system, the system’s developer says.

Using the voice control and mobile app, SPACO can make and answer phone calls using your voice. Teleconferences can be carried out by just calling out a name to initiate a session and talk to colleagues around the world. Similarly, you can conduct webinars or classrooms without having to worry about adjusting microphones or speakers keeping you  hands free.

The speakers also act as WiFi extenders, so each speaker can be placed in a different office (or corner of an office) to get rid of any dead spots, the company says. Additionally, each speaker is its own unit, which includes a two-way speaker microphone. This basically creates an intercom system that is connected to everyone in the office that has a speaker.

SPACO is currently on Idiegogo, with 14 days still left in its funding campaign. Pricing can range from $199 to $1,499 depending on the system while the campaign continues.