How Would President-elect Trump’s Tax Plan Impact You? 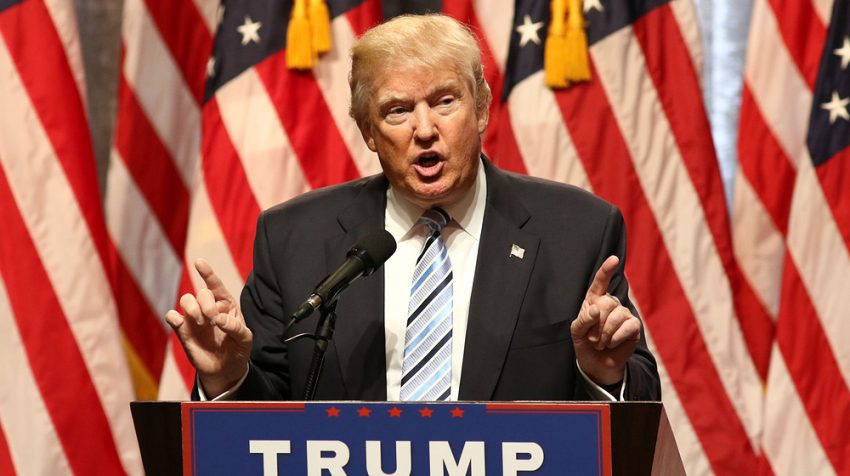 Now that President-elect Donald Trump has secured the office of the presidency, it’s time to take a comprehensive look at his proposed tax plan and what it means for the American people.

It would be hard to quantify the effects of the Trump tax plan without also looking at what Speaker of the House Paul Ryan and Ways and Means Chairman Kevin Brady put forth in August called “A Better Way for Tax Reform.” Lawmakers will likely consider both plans when coming up with future American tax policy.

The Trump tax plan, as it was originally presented, would have affected nearly everyone. Under his original tax plan, it was “very hard to imagine a single tax payer who wouldn’t be paying less in taxes under the Trump plan,” Scott Greenberg, analyst with the Center for Federal Tax Policy at the Tax Foundation, told The Daily Caller News Foundation. Following widespread criticism from the Left during the campaign season, Trump came out with a revised version in September.

A Preview of the Proposed Trump Tax Plan

Let’s take a look at what these plans could mean for income-tax rates, deductions, estate and gift taxes, industries likely most affected, and revenue generation.

Both Trump and Ryan wish to make changes to income-taxes — and it’s a point where they are in almost total agreement.

Trump and Ryan promise the lowest tax rate since before World War II and to shrink the tax brackets from seven down to three.

“The latest version of the (Trump) plan calls for a standard deduction of $30,000 for married households and three brackets of 12 percent, 25 percent, and 33 percent,” Greenberg told TheDCNF.

As a result of the changes to income-tax rates, “households at all income levels are likely to see lower taxes, with high-income households receiving the largest tax cut from the plan,” Greenberg explained to TheDCNF.

The TPC also found those making over $700,000 a year receive nearly half the benefits of the Trump tax plan. The Trump campaign has said it will make sure that no undue influence or advantage is given.

The Trump and Ryan plan would make it difficult for individuals to benefit from specific deductions, as both plans raise the standard deduction limit.

The Trump plan would “increase the standard deduction for joint filers to $30,000, from $12,600, and the standard deduction for single filers will be $15,000. The personal exemptions will be eliminated as will the head-of-household filing status. In addition, the Trump Plan will cap itemized deductions at $200,000 for Married-Joint filers or $100,000 for Single filers,” according to Trump’s campaign website.

Trump’s plan features proposals “that would offer tax relief to families with children. For example, the latest version of the Trump plan would offer an above-the-line deduction for the average cost of childcare, as well as a credit of up to $1,200 for childcare expenses,” Greenberg told TheDCNF.

The possible bad news for families is that the Trump plan’s credit for childcare expenses “would not apply to expenses for children over 13.” This could have adverse effects on “low-income families with children over 13,” because these families could “see higher taxes as a result of the plan,” Greenberg said. (RELATED: Trump’s Revised Tax Plan)

Ryan’s plan would eliminate all deductions except for mortgage interest and charitable gifts, the Wall Street Journal reported.

Trump has vowed to eliminate the estate tax, which he and other Republicans label the “death tax.” Trump, however, would enact taxes on capital gains at death.

Ryan’s plan flatly abolishes the estate and gift taxes.
Trump has made no formal proposal for gift taxes.

“The plan has added a provision that would offer manufacturing companies the choice to deduct the full cost of their capital expenses (‘full expensing’) in exchange for no longer being able to deduct net interest payments,” Greenberg explained to TheDCNF. Elaborating on this point, Greenberg said that some manufacturing companies, likely those with high levels of investment and low debt burdens, “may choose to take advantage of this opportunity to lower their overall tax bill.”

Over the last two years, manufacturing accounted for around 11-12 percent of the U.S. GDP. Giving tax breaks to a sector of the U.S. that produces over 10 percent of annual GDP could have many beneficial effects on growth and employment in the coming future.

Overseas industries could see the most impact from a Trump tax plan. The president-elect proposes a one-time tax for domestic businesses with trillions of dollars overseas, hoping to incentivize these companies to bring their foreign capital back to the United States.

For small businesses, he plans to promote an income tax rate that matches the proposed 15 percent corporate tax rate.

One factor Greenberg finds particularly germane to average Americans concerns possible caps on business “pass through” income, which he estimates could “increase long-run GDP by 8.2 percent.”