Take That Amazon! 7-Eleven Drone Delivery Has Already Started in the U.S. 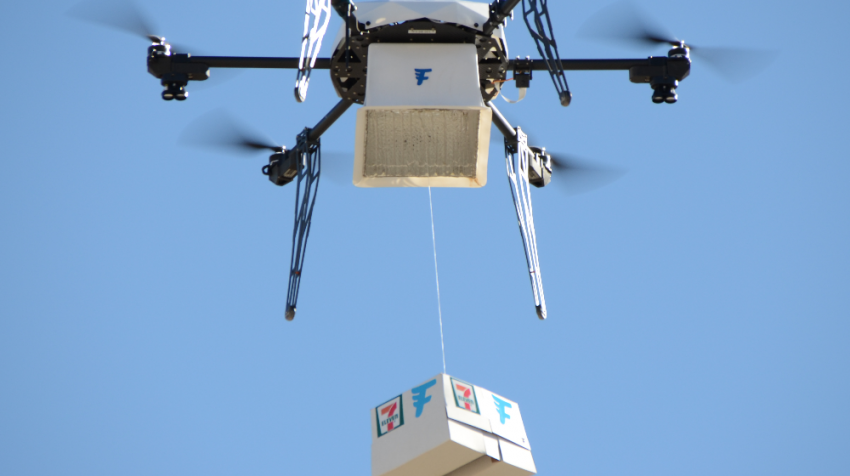 Move over Amazon! 7-Eleven, the iconic chain of convenience stores with locations throughout the United States and Canada, has already completed more than 70 routine commercial drone deliveries in the U.S.

And all this while mega-online retailer Amazon, which first floated the idea in a big way, remains mired in regulatory red tape and forced to test its deliveries overseas.

7-Eleven’s historic milestone in both U.S. and global commerce was achieved in partnership with independent drone delivery service Flirtey, the Australian delivery start-up responsible for the first federally-approved commercial drone flight in the U.S.

The commercial collaboration between 7-Eleven and Flirtey, which began in July this year, has successfully delivered 77 packages to customer’s homes across the U.S., including items such a hot and cold food and over-the-counter medicines.

“This is a giant leap towards a future where everyone can experience the convenience of Flirtey’s instant store-to-door drone delivery,” said a jubilant Matthew Sweeny, Flirtey CEO, in a press release announcing the milestone.

Meanwhile, Amazon (NASDAQ:AMZN) drone deliveries in the U.S. are still stalled due to FAA regulations, even though it was among the first retail companies to announce plans to begin commercial drone delivery as early as 2013.

FAA rules currently prohibit drone flights that are entirely autonomous or beyond the line of sight of human operators. 7-Eleven has managed to work within those regulations by using its delivery service as a means to advance research toward integrating drones into the National Airspace System, while also helping further refine Flirtey’s delivery technology.

This is not the first time the international chain of convenience stores has worked with the U.S. government. And this may account for the company’s ability to get out front in an area that has been fraught with regulatory roadblocks for others.

Apart from partnering with Flirtey, at least one other clear example exists of the company’s willingness to work on programs that benefit U.S. interests. Two years ago, 7-Eleven announce a plan to offer 20 percent discounts on their franchises amounting to an estimated $2 million in an effort to recruit at least 100 veterans as franchise owners by the end of 2016.

7-Eleven and Flirtey are planning to expand their drone delivery operations in 2017.

See Also: Only 47 Percent of Customers Are Interested in Drone Delivery, Survey Claims