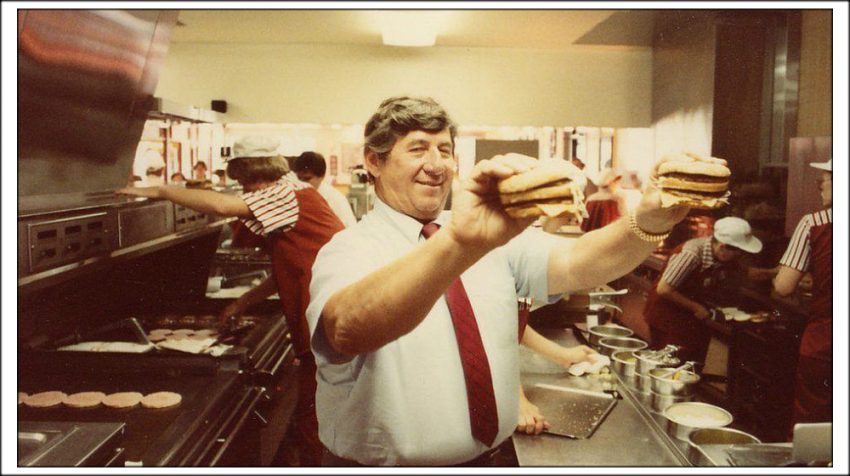 The creator of the Big Mac has died.

Jim Delligatti lived to 98 and is best known as a McDonald’s (NYSE:MCD) restaurant franchisee in Uniontown, Pennsylvania.

His story and success show that one franchise owner can have a big league impact on the overall company.

Indeed, Delligatti’s experimentation and “special sauce” propelled McDonald’s ahead of all its fast-food competition.

Check out this super early commercial for the Big Mac:

To this day, the Big Mac is responsible for 20 percent of the corporation’s overall sales. But it was created to win a local business market.

In 1968, Delligatti sold the first Big Mac in western Pennsylvania. It was designed to compete with a burger sold at a regional sit-down restaurant chain, Eat n Park.

The rave reviews led to a total of 47 McDonald’s locations selling the burger. By the end of that year, it was in every McDonald’s in the U.S.

Since then it’s been emulated and imitated. There are even McDonald’s restaurants that sell their own unique version of the Big Mac. It’s got its own museum. It’s used to measure currencies.

McDonald’s rode the Big Mac’s popularity through the end of the 20th Century. And even now, as its iconic status is in jeopardy (somewhat), the franchise is using another of Delligatii’s creations to stay on top today.

Yes, it was Delligatti who created the Egg McMuffin. And he also created the hot cakes and sausage breakfast item — originally to cater to steel workers near Pittsburgh, another locally focused effort that caught on nationally.

It’s clear that McDonald’s is probably on the hunt for the next Delligati and what franchise company isn’t?