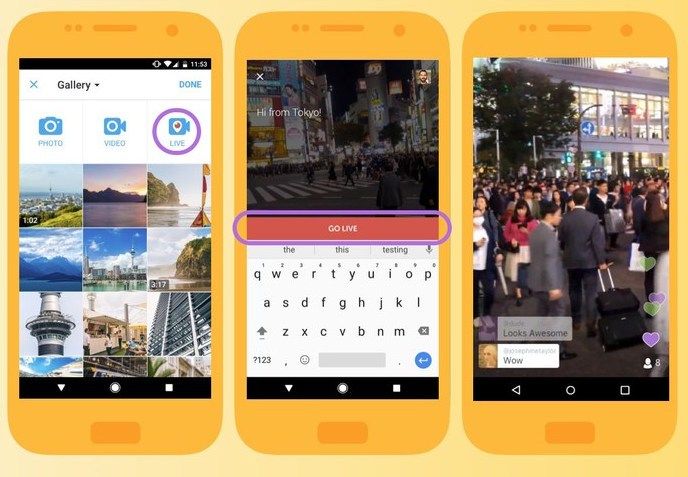 The new Go Live on Twitter (NYSE:TWTR)  is here. Just announced, the new feature looks to simplify the way you can broadcast live video straight from Twitter. This announcement comes as Vine is shutting down and Periscope is establishing itself as a live broadcasting alternative for Twitter after it purchased the company in 2015.

Now You Can Broadcast Live from The Twitter App

With Go Live, Twitter will let you create and Tweet a live video from the app, which will be powered by Periscope. Using the ease of Periscope is a smart move by Twitter as it competes with Facebook Live and even YouTube.

Creating and posting a video is the same as composing a Tweet. When you are ready, tap “Live” and you will be directed to the pre-broadcast screen to frame your shot. Press “Go Live” and the broadcast begins to stream the video.

As for your audience, they can access the live video on Twitter and Periscope and participate by retweeting, commenting, and liking your posts.

The challenge for Twitter still remains monetization, and as the company’s stock continues on a downward spiral, it remains to be seen if CEO Jack Dorsey will be able to find an answer.

As of the third quarter of 2016, Twitter had more than 310M monthly active users according to the company. Those are impressive numbers by any standard, but for some reason the company is still trying to find its way as it competes with the likes of Facebook.

Integrating Twitter and Periscope, also begs the question, how long will the company keep up a standalone live video app.

Go Live is going to be rolling out in the coming days on Twitter for Android and iOS.