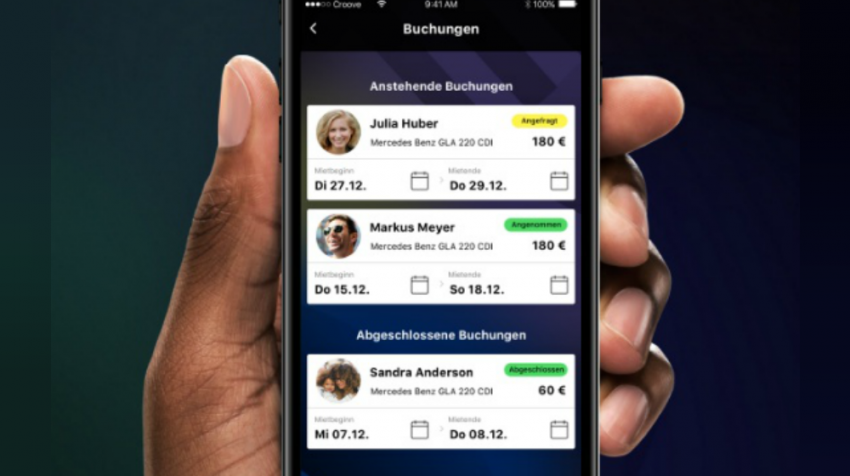 Mercedes-Benz (OTCMKTS:DDAIF) is testing a car-sharing program it’s calling Croove in Germany. The program is like an Airbnb for cars in that users can loan out their cars to others.

According to the luxury car manufacturer, sharing something you own with others is the basic idea behind the sharing economy. “The idea behind this new service is private car rentals for private users, also known as peer-to-peer,” wrote Mercedes-Benz on its official blog.

“It’s simple,” explained Mercedes-Benz, “the Croove app guides the vehicle owner through every step. Vehicle details, such as model, trim level, photos, availability, price and location of handover, are uploaded to the platform in no time, making it easy to get started.”

“Clear and simple communication between the two parties regarding time, duration and other details ensures the transaction is transparent and reliable. The vehicle owner can now optimize usage of the vehicle and earn money at the same time,” added Mercedes-Benz.

Seems simple enough but sharing apps have run into their share of issues, mostly regulatory, which have put many entrepreneurs and small businesses in some difficult situations.

Challenges in the Car-Sharing Economy

If the new car-sharing platform from Mercedes-Benz were to go beyond the test phase, or someone launches a similar service in the US, one can foresee other challenges the sharing company could face.

First, insurance companies are sure to flag these operations. Car rental locations would also take issue with these operations. However, Daniel Rohrhirsch, founder of Croove, is optimistic about Croove and sees great potential in the app that launched in Munich in early December 2016.

“Millions of cars are only used for a few hours a week – and we take care of the rest of the time,” Rohrhirsch said.