The Growing Gig Economy and What it Means for Us 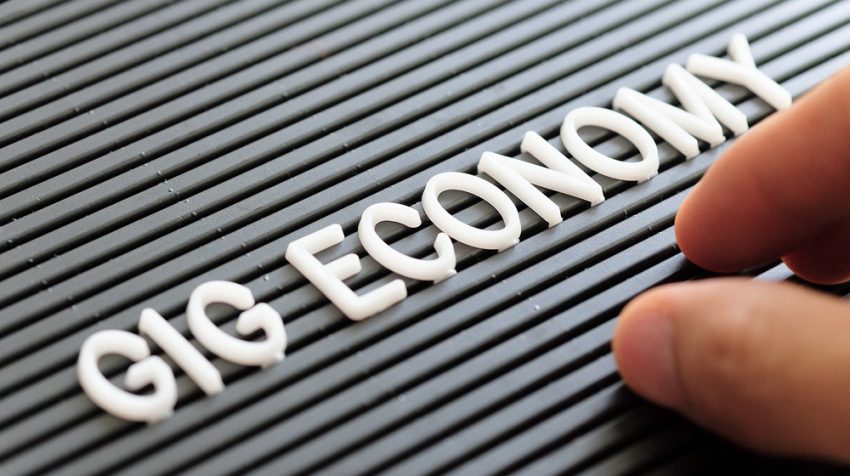 The world is changing, and the world economy — and how we operate within it — has shifted drastically in the past few years. The traditional 9-5 full-time career is being sidestepped and passed by more and more as the gig economy increases.

“Gig jobs” and self-employment aren’t just for young Millennials trying to get their foot in the door. Highly qualified professionals are choosing to become and remain self-employed for a large number of reasons, and we’re seeing increasing numbers of contracted workers internationally as individuals are finding new ways to make the gig economy work for them. In fact, nearly 54 million Americans participated in some type of contracted work in 2015, which is over 33 percent of the entire American workforce.

This presents both new challenges and new opportunities. According to Orly Izhaki, founder of Wisestamp and recently named one of the leading women in Israeli startups, “these challenges will fall mostly on the self-employed sector, who will need access to new tools and resources in order to navigate them to find long-term success. Enterprise grade tools are available for enterprise grade prices, but there’s not much there for the independent workers. As this niche in our workforce grows, the resources and tools we offer must change — or be built — to accommodate them.

The gig economy will directly affect us and our businesses, no matter what side of it you’re on. In order to understand how exactly it will impact everyone involved, it’s important to take a look at what’s brought us here in the first place and the tools that will be needed to aid the success of contracted workers.

The Origin and Effects of the Gig Economy

What Led to the Growing Gig Economy

A number of factors led to the growing gig economy. The easiest and most obvious factor we can immediately flag down is the rapid development of the internet.

The internet has made it possible for independent contracts offering services in everything from outdoor landscaping to speech writing to advertise themselves in a cost-effective way. Services that can be sold remotely — like web design, writing, and even accounting — can now reach clients that were previously outside their geographic range prior. In many cases, contracted workers are now working remotely for clients all across the globe. Social media makes it even easier to connect with clients that freelancers never would have met otherwise.

The recession that hit the Western world hard in the 2000’s was also a major contributing factor to the popularity of self-employment. As Gregory Fernstein says, “Folks were less likely to switch jobs and fewer companies were hiring. As a result, the unemployed turned to Silicon Valley for a quick paycheck.” The demand for jobs vastly outranked the supply, and highly qualified but unemployed laborers took any job they could to pay the bills.

In the majority of cases, it’s more expensive to hire a fulltime (or even part-time) employee than a temporary contract worker. In the United States, businesses need to pay additional taxes for their part time employees. When they hire a contractor, they’re only charged for the services. They also don’t have to worry about training costs, benefits, or finding enough work to regularly keep the contracted worker on staff. It’s often quick and easy, and they’re likely to find someone who can hit the ground running.

Since it’s typically more cost effective for businesses to pay higher short-term rates to contracted workers instead of hiring any type of employee long term, freelancers could charge slightly higher hourly fees and keep more of the profit (business taxes aside). They also saw a surge of independence; many could choose their own clients, their work hours, and the projects they wanted to work on.

It’s no surprise that, given these combination of factors, the gig economy is booming.

What Does This Mean for Us?

The independent contractors that make up the workforce of the gig economy are still only a small percentage of laborers, with most workers working in employed positions. It’s likely that self-employment and the gig economy will continue to grow. One study even estimated that approximately half of the U.S. population will actually move into the gig economy within the next five years.

The gig economy isn’t just for the U.S. workforce; it’s also estimated that half of the United Kingdom’s workforce will also join the gig economy in the next five years, and the European Union saw a 45 percent increase in independent workers from 2012 to 2013 alone. This growth spans across the globe, proven by the fact that India’s independent workforce of a whopping 15 million fills approximately 40% percent of the entire world’s freelance jobs. The gig economy is a phenomenon that’s growing everywhere.

Izhaki expects that the results of this growth are going to continue to be positive, stating that:  “Independent workers will be able to continue to extend their reach to large corporations and even international clients. Self-employment allows individuals the freedom to avoid some types of corporate red tape, and choose when, where, and for whom they want to work.”

“Companies will, in turn, be able to hire talented, already-trained workers for one contract instead of an entire career,” she continues. “This can mean lowered expenses, which can result in either more profits or lower product costs for consumers — or both.”

Aside from finding and recruiting talented contractors to work for them, this may be easy for businesses to adapt to. Freelancers, however, have some additional challenges that they will have to face to be successful in the gig economy.

Challenges Freelancers Face and How to Overcome Them

Many contracted workers start out their self-employed careers by being very, very good at their chosen profession. The problem is that self-employment requires freelancers to function as if they’re operating a small business to be successful, and many don’t have the training or know where to start for this particular aspect.

There are several specific challenges that can hinder the gig economy and the self-employment niche. One of the biggest is to find, connect with, and build a reliable client base. This requires self-employed workers to market themselves, and many don’t have the tools or resources to do so. Freelancers can utilize tools like Izhaki’s own Wiseintro to get access to the marketing resources they need. Izkahi and her company are continuing to develop resources that will make self-employment more accessible and manageable for more independent workers, knowing that the increasing gig economy will likely rely on it.

Izhaki believes that businesses should be developing tools to help accommodate the growing independent workforce. “Project management tools, for example, can be used to help freelancers manage an array of clients and projects, even when their daily schedule is constantly changing,” she states, “Organization is one of the most important skills all self-employed workers need to be successful, and few quality tools in this niche are affordable enough for contracted workers.”

Contracted workers will also lack the benefits — including healthcare —  that may come with traditional employment in some countries. As a result, freelancers must consider these costs and factor them into their hourly rates.

Many freelancers also find it difficult to handle the financial aspect of their work. It can be difficult to get paid, know how much you’ve made, detect financial trends, and to track business expenses. The solution to this is reliable invoicing software that allows you to input all your business income and expenses, giving you all the information you need to continue growing your client base and profit.

See Also: The Gig Economy is Booming and Here's Why (Infographic)

Whether the job marketing improves or not, the gig economy is likely going to continue to grow, and it’s almost certain that we’ll see increasing numbers of laborers who choose self-employment. With contracted workers having the tools they need at their disposal to work successfully in the gig economy, this can benefit both businesses — and consumers — of all types immensely.

Itai Elizur is the COO at InboundJunction, a content marketing agency specializing in helping B2B and SaaS companies to increase their online visibility. Itai has worked with some of the biggest tech companies in Israel, helping them develop and optimize large-scale user acquisition strategies through content, brand messaging and marketing automation.
6 Reactions
Subscribe
Follow @smallbiztrends
RSS LinkedIn Pinterest iTunes