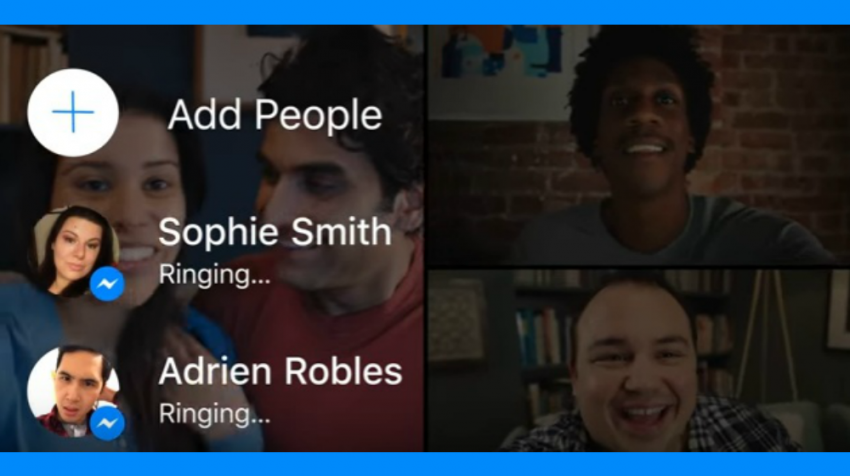 Live chat and live video streaming are likely to be big parts of marketing and communication strategies for many businesses in 2016. And for businesses that plan on using those strategies, there are a few new tools to choose from.

Recently, Facebook announced a new group video chat feature. And for marketers who regularly use Pinterest, the image sharing platform released a list of 100 trending topics you may want to keep in mind. Learn about this and more in this week’s Small Business Trends news and information roundup.

Pinterest has revealed trends it predicts will dominate in 2017. The third annual Pinterest 100 report (PDF) narrows down the top trends in 10 key categories the image sharing social network expects to be hot in the new year.

In the last few weeks, Instagram announced it was adding a live feature to its now popular Instagram stories — and it has. Live videos are already popping up on Instagram! The new feature allows users to stream real-time videos via Instagram Stories. But unlike Facebook Live and Periscope, Instagram Live videos aren’t hosted on the platform.

How do you compete with huge brands like Facebook and Instagram? Well, if you’re Snapchat, you acquire new technology startups. Snap Inc., the company that owns Snapchat, just acquired Cimagine, an augmented reality firm based in Israel. Right now, Cimagine mainly makes tools for home retailers and manufacturers.

The Federal Reserve raised its benchmark interest rate Wednesday for only the second time since the 2008 recession, citing falling unemployment and low inflation as key factors in its decision. According to Fed Chairwoman Janet L. Yellen, the country has seen sustained economic growth over the past few years.

Minimum Wage Going Up in Many Communities: Is Your Business Affected?

Two significant events are set to take place in New York City on New Year’s Eve. One will be, as always, the ball drop in Times Square. The other is that minimum wage workers will be among the first across the country to receive a new mandated pay hike in 2017.

A lot of young adults are still living with their parents. In fact, data released by real estate tracker Trulia indicates that nearly 40 percent of 18-to-34-year-olds lived with a parent or other family member in 2015. That’s the highest percentage since the Great Depression came to a close in 1940. Of course, there are several factors that contribute to this.

These Were the Best Viral Campaigns of 2016

As 2016 comes to a close, it’s a great time to look back on all the different marketing campaigns of the past year. Some were more effective than others at getting consumers’ attention. And there’s a lot you can potentially learn from looking at those viral marketing campaigns. Here are some of the most popular ones from 2016.

Mall Fights: Yet Another Reason For Customers to Shop Online

Massive brawls broke out at malls across the country a day after Christmas. Police say almost all of the brawls were initiated by juveniles. Some were minor scuffles at food courts. Others were violent clashes that led to mass evacuations.

Small business owners are required to wear many different hats. But managing every single process and looking at all the analytics and results to make sure your business runs as efficiently as possible can be incredibly time consuming. That’s where process management tools like Kanbanize come in.

Take That Amazon! 7-Eleven Drone Delivery Has Already Started in the U.S.

Move over Amazon! 7-Eleven, the iconic chain of convenience stores with locations throughout the United States and Canada, has already completed more than 70 routine commercial drone deliveries in the U.S. And all this while mega-online retailer Amazon, which first floated the idea in a big way, remains mired in regulatory red tape and forced to test its deliveries overseas.

If necessity is the mother of invention, Kickstarter is its playpen. SMARTDUVET: the self-making bed, is a campaign that launched on Kickstarter and has already surpassed its $30,000 (Canadian) goal by almost $11,000 as of this posting. If there is one thing Kickstarter has highlighted is, there is a market for almost every imaginable idea.

If you think that one bad customer review can be bad for business, just think about how much a negative review from a trusted authority like Consumer Reports would hurt. Unfortunately for Apple, the tech giant is about to find out. For the first time ever, Consumer Reports decided not to recommend the new line of Macbook Pros over battery life concerns.