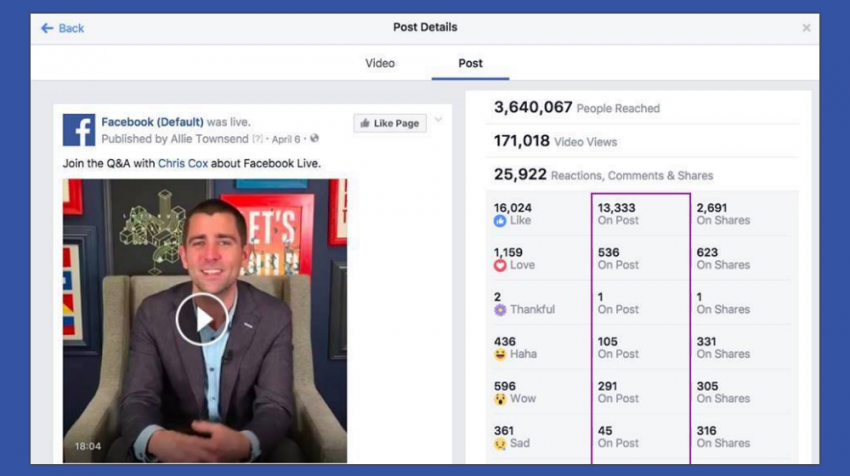 In a recent post, the social networking giant explained the glitches and steps it has taken to fix them.

Here’s a quick overview of the updates Facebook has shared with its users.

Advertisers need a better view of the number of people they can hope to reach with their ads. Keeping this in mind, Facebook has updated the way it calculates the numbers that appear on the estimated reach tool.

The company is improving its methodology for sampling and estimating potential audience sizes. This is meant to provide a more accurate estimate for a given target audience and to better account for audiences across multiple platforms.

Live video posts can draw multiple reactions per person. But in Page Insights under the column for “Reactions on Posts, only one reaction per unique user is reflected. That’s because Facebook says it miscalculated the extra reactions per user that occurred during the live broadcast to the “Reactions from Shares of Post” section.

The company says it’s fixing the issue and it will apply to newly created Live videos, starting mid-December. On average, it will increase “Reactions on Post” by 500 percent. At the same time, it will decrease them on “Reactions from Shares of Post” by 25 percent on average.

Facebook also found a discrepancy between the counts for the Like and Share Buttons via its Graph API and the counts when entering a URL into the search bar in the Facebook mobile app.

The company says it will notify partners as soon as it has an update to share.