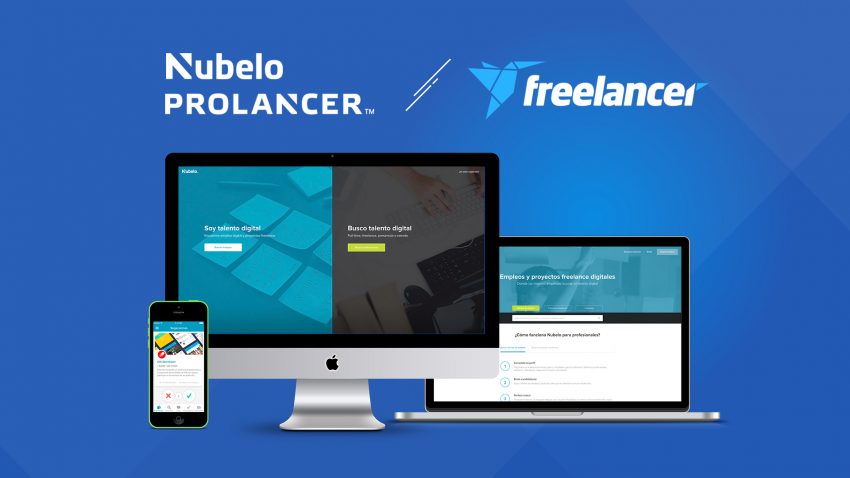 The popular freelancing and crowdsourcing marketplace just announced that it is has acquired two major competitors in the Latin American, Spanish and Portuguese markets — Spanish competitor Nubelo and Portuguese competitor Prolancer.

The acquisition positions Freelancer as the leading jobs site among Spanish- and Portuguese-speaking freelancers, the company says. Freelancer.com already had 22 million registered users before the purchase, making it the largest freelancing marketplace by the number of users and projects posted.

In the announcement, Freelancer CEO Matt Barrie said that the acquisition “reinforces the company’s global presence and international expansion, consolidating our platform as the leader not only in the English language but now also in all Spanish and Portuguese speaking countries.”

Nubelo, founded in 2012 by Spanish entrepreneur Francesc Font and Argentinean brothers Nicolas and Jorge Araujo Muller is headquartered in Barcelona. The company has grown to become the largest Spanish freelance site after Freelancer. In 2015, Nubelo took control of Prolancer, a Brazilian marketplace based in Sao Paulo, founded by Sergio Mendez Baiges.  The goal was to expand Nubelo’s reach into the Portuguese market.

Freelancer.com launched its Spanish and Portuguese website in 2012, and, in four years, has seen marked growth in the region — from less than 0.2 percent to 10 percent of the company’s total revenue. That percentage represents 1.8 million users who have posted more than 502,000 projects. The procurement of Nubelo and Prolancer raises that number by another 75,000 users and 122,000 projects.

“Our ambition to grow our community of freelancers and employers, combined with our goal of being accessible in every single language and currency, along with our mission to provide at least one job to one billion people make us look for opportunities in the market all the time,” said Sebastián Siseles, international director for Freelancer, in an email to Small Business Trends. “M&A is a key strategy we use for growth. We have bought over 18 companies since our inception.”

Siseles said he had been in talks with Nubelo for some time and felt the synergy between the two companies would benefit their users as well as strengthen Freelancer’s position in the Latin American market.

“This deal represents a step forward for us to consolidate ourselves as the number one reference worldwide in the most used languages, English and Spanish,” he added.

Freelancer set up offices in Buenos Aires in 2016 to better manage activities in the region. It expects the office presence to grow due to the acquisition.

Both Nubelo and Prolancer CEOs, Font and Baiges, see the acquisition as a positive step that represents increased opportunity for their users.

“Our community of freelancers made Nubelo’s success possible, and will now get to enjoy more opportunities for working with a much greater range of employers and across a more diverse range of areas of work,” Font said.

Baiges added: “[T]his acquisition … will take our users to the next level regarding job opportunities and access to the best talent in the world.”

Freelancer did not disclose the terms of the acquisition. 2 Comments ▼

Paul Chaney is a Staff Writer for Small Business Trends. He covers industry news, including interviews with executives and industry leaders about the products, services and trends affecting small businesses, drawing on his 20 years of marketing knowledge. Formerly, he was editor of Web Marketing Today and a contributing editor for Practical Ecommerce.
2 Reactions
Leave a Reply Cancel reply
Subscribe
Follow @smallbiztrends
RSS LinkedIn Pinterest iTunes