Dasheroo Gets Second Chance, Announces It Has Been Acquired 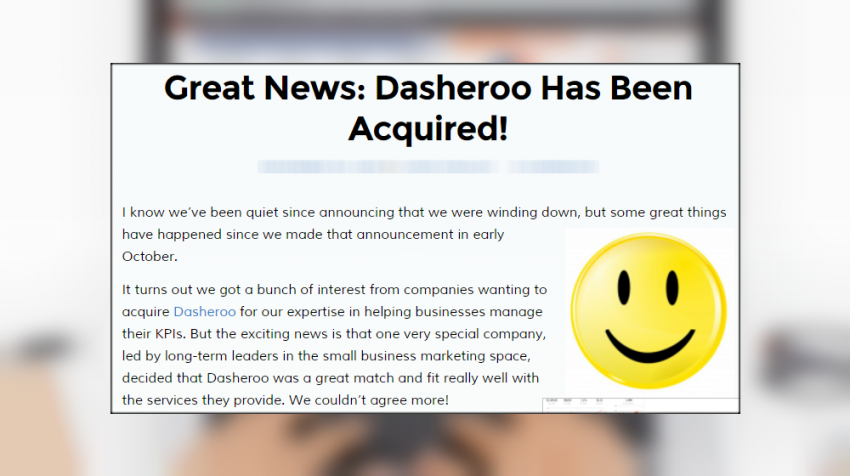 In early October this year, web solution Dasheroo, announced that it is closing its doors due to an inability to secure funding or locate a purchaser. The software platform enables users to track key data for overall business analytics, web analytics, marketing, social media and sales from one centralized dashboard,

Well, now the San Francisco-based software analytics company has announced that it found a purchaser and has been acquired.

“We want to give you a heads up, but an official announcement with more details [on the acquisition] will be made on Tuesday, December 6,” wrote John Hingley, CEO and Co-founder of Dasheroo, in a post announcing the acquisition on the official Dasheroo Blog.

The company that bought Dasharoo, FreshLime, is “one very special company, led by long-term leaders in the small business marketing space,” said Hingley.

“We’ve been watching Dasheroo since they went live in 2015,” FreshLime commented on their blog. “They have built one of the most intuitive, rich small business data analytics dashboards we’ve seen on the market.”

So what does this mean for Dasheroo users?

Look out for more details on the combined company and Dasheroo’s added product offerings coming soon.