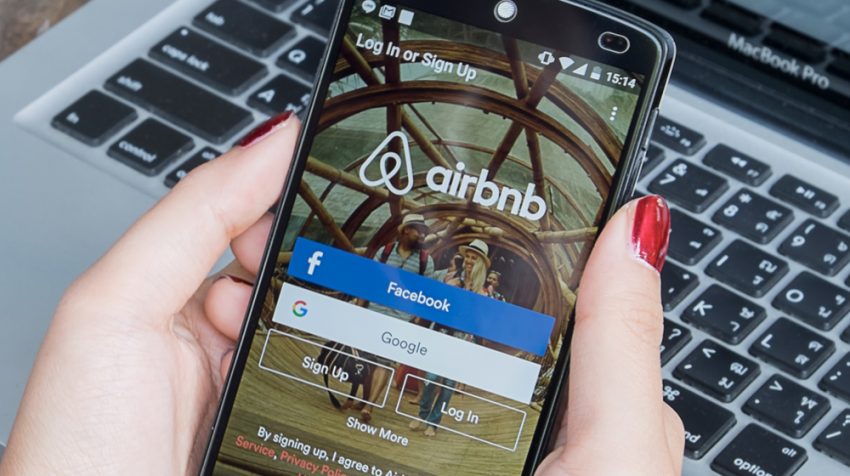 A Los Angeles couple vacationing in New York City during Thanksgiving was met with an “Unwelcome” sign merely because they booked an apartment through the home-sharing site, Airbnb, reports the New York Post.

The couple, Annette van Duren and her husband Alan Sacks, reserved a Chelsea apartment through Airbnb on October 21, planning a 10-day stay.

Little did they know that, on the same day, Gov. Andrew Cuomo would sign a bill into law imposing fines of up to $7,500 for hosts who posted short-term rentals. Neither did they know that renting out entire apartments had been illegal since 2010.

What happened was a nightmare of epic proportions. Upon arrival, a resident angrily accosted them, threatening to call the police, their Airbnb host sent a text saying they had to leave immediately (they did, and went to a hotel) and they never received the $1,200 reimbursement Airbnb promised to cover their hotel expense.

“Our dealings with Airbnb were awful,” van Duren told the Post. “I wouldn’t wish it on anyone in the world.”

As bad as that sounds, this incident points to an ever greater problem — how difficult it is for small companies to do business in New York state due to burdensome regulations.

The Impact of Government Regulations on Business

In 2015, the Pacific Research Institute (PRI), a non-partisan think tank based in San Francisco, compiled an index of small business regulations in the 50 states, based on 14 regulatory components. New York ranked among the bottom, at 41st.

Wayne Winegarden, Ph.D., a Senior Fellow at PRI, writing for Forbes, said that, as a result of regulation, New York and the other states at the bottom experienced “significantly slower small business growth compared to the top ranked states.”

Take New York’s family leave policy, for example. The New York State Legislature completed a budget deal in March that promised both a minimum wage hike to $15 per hour and a bill mandating paid family leave, for up to 12 weeks. The bill also guarantees job protection, and people only have to be employed six months to qualify.

As the Airbnb debacle illustrates, government regulation can adversely affect small business growth. It stands to reason, then, that streamlining regulation would spur growth. Apparently, it’s a lesson New York state has yet to learn or is unwilling to do so. If you don’t believe that, just ask Annette and Alan.

See Also: How to Pick the Best Business Partner for You
2 Comments ▼
Editor's Picks
Paul Chaney

Paul Chaney is a Staff Writer for Small Business Trends. He covers industry news, including interviews with executives and industry leaders about the products, services and trends affecting small businesses, drawing on his 20 years of marketing knowledge. Formerly, he was editor of Web Marketing Today and a contributing editor for Practical Ecommerce.
2 Reactions
Leave a Reply Cancel reply
Subscribe
Follow @smallbiztrends
RSS LinkedIn Pinterest iTunes