Minimum Wage Going Up in Many Communities: Is Your Business Affected? 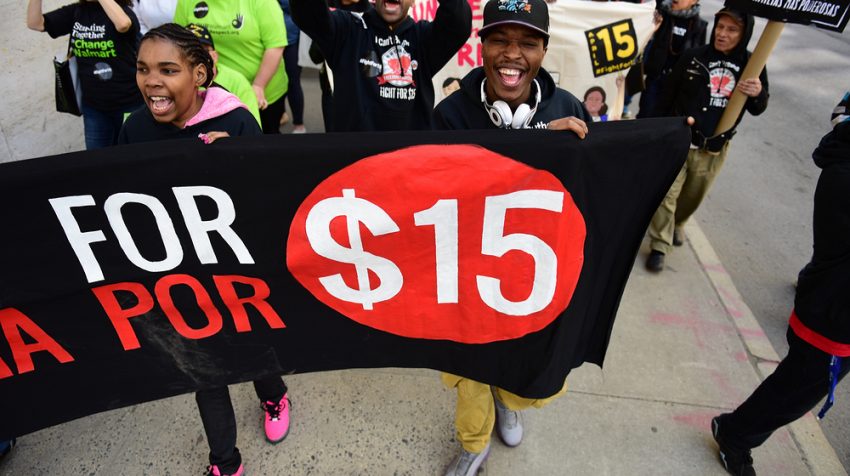 Two significant events are set to take place in New York City on New Year’s Eve. One will be, as always, the ball drop in Times Square. The other is that minimum wage workers will be among the first across the country to receive a new mandated pay hike in 2017.

In all, 21 states, at least 22 cities, four counties and one region plan to raise the minimum wage in the coming year, reports a CNN Money article.

For some, the increase will only amount to an extra nickel or dime per paycheck. Others will see more meaningful hikes: $40 to $80 per pay period.

Most increases begin January 1, 2017, while others go into effect in July.

Due to lack of legislative action at the federal level, state legislatures and city councils, spurred on by advocacy groups such as The Fairness Project and Fight for $15, took matters into their own hands.

“The increases were proposed by progressive politicians in state legislatures and on city councils. In instances where those measures failed, worker advocates would then petition to let voters decide directly,” CNN Money says.

According to Business & Legal Resources (BLR), a company that helps businesses remain compliant with state and federal regulations, under the Fair Labor Standards Act (FLSA), the current federal minimum wage is $7.25 per hour, a figure that has not changed since 2009. However, the FLSA does “not supersede any state or local laws that are more favorable to employees,” says BLR.

The company has prepared this map, showing the states that opted for minimum wage increases in 2017. 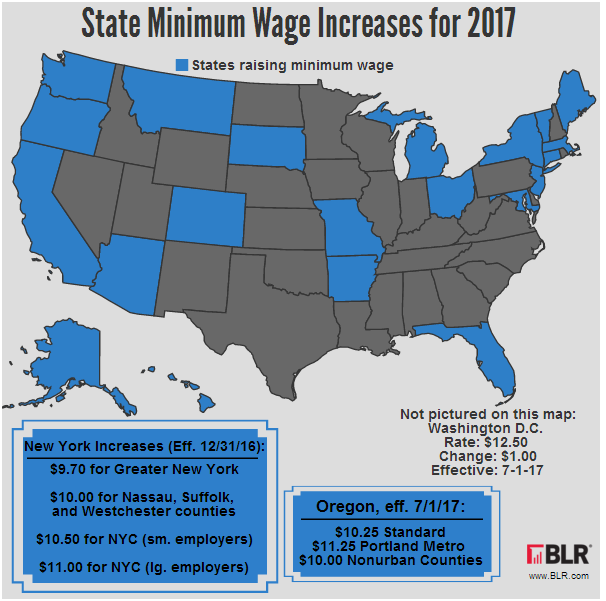 The fast-food industry, particularly affected by this development, has been at the epicenter of the pay hike fight since the beginning.

Former McDonald’s USA CEO Ed Rensi said in a Forbes op-ed that increases would wipe out thousands of entry-level jobs. He added that many fast-food chains, including McDonald’s, would look to alternative means to remain profitable, including replacing workers with self-service kiosks.

Minimum Wage Going up in These Places

Here is the complete list of new minimum wage rates ordered by state, city and county. Is your business located in on of these communities?