Ecommerce Expert Panel: Tips and Advice for How to Sell More During the Holiday Season

Last week on Black Friday we held our first Facebook Live broadcast featuring a conversation with three ecommerce experts discussing what retailers can do to be successful during the holiday season.  Key points discussed include:

Panelists for the conversation were:

Click on the video above to see the entire conversation. Below is an edited transcript of a portion of the broadcast. 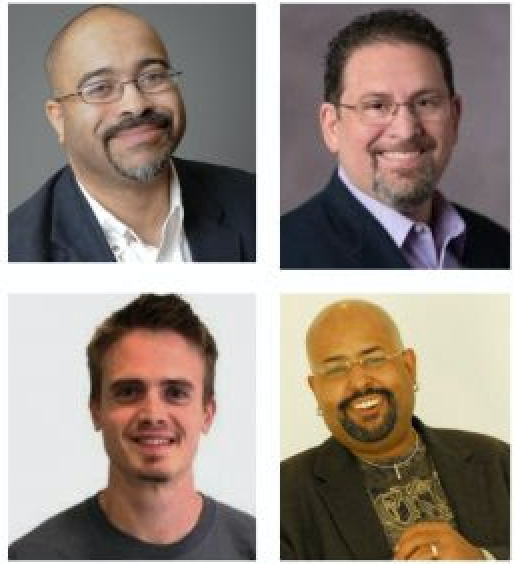 Small Business Trends: What happens during the holiday season from a B2B spending perspective? Any insights on those on that?

Peter Messmer: I would say it probably mirrors what we see on the B2C side. The spikes might not be as high but you know I would imagine have left over budget at the end of the year, so get the stuff that you need. You know if it’s going to be a little bit lower if you know you’re you’re buying from channels that are doing like end of year deal.

John Lawson: I deal with a lot of independent ecommerce guys and I’ll tell you right now a lot of them are part of the spiking numbers you’re probably seeing right now.

So people are right now running out to J.C. Penney’s and Walmart buying stuff up and then they’re going to send it to FBA (Fulfillment by Amazon) and then you’re going to see it being resold to the consumer on platforms like Amazon and eBay. They’re talking about the deals they’re getting in Black Friday sales; then they’re flipping them for less than retail pricing on the marketplace channels.

Small Business Trends: According to the Adobe Digital Index 25 percent of consumers will pay higher prices during holiday season. Do you both brick and mortar and online shoppers are willing to pay the kind of premium?

Peter Messmer: I would think that would tend to be people buying gifts, and when you’re buying a gift for somebody you might not be quite as price conscious. Especially if it’s your baby, your son or daughter and they want a specific item that’s not that cheap; it’s a premium brand and you know you might splurge during the holidays so you’re willing to pay a higher price.

Small Business Trends: Talk a little bit about where bots. Are people using bots this holiday season to drive opportunities or do you see that is something that’s going to be coming maybe next year or the year after?

Peter Messmer: I don’t know so much about this year. I know a lot of people are starting to experiment with Facebook Messenger bots and stuff like that. I installed growth thought to myself actually I don’t really use it too much but I installed it. I think this is again kind of like John was saying, this is going to be an area to watch for sure.

I’ve seen some interesting start ups in the chatbot area, especially for ecommerce. You can even run Facebook ads to get someone to start a conversation, and then it’s all AI driven after that. An example could be:

And the bot drives the conversation. So I think those are going to be really interesting to watch.

Alan Berkson: There’s never a more stressful shopping season than the holiday season. The buyers are stressed, the sellers are stressed, so trying to put a little perspective in, stay calm and keep empathy I think is probably one of the biggest things.

Small Business Trends: We talked about chatbots earlier from a marketing perspective, maybe you can talk about it from a service perspective.

Alan Berkson: One of the things we’re working on at Freshdesk is actually the flip side; how can I make the customer service agent more effective. I’m just going to relate a story it’s about my mom and dad. My mother bought a Microsoft Surface Pro. And she was trying to set up her email on it. and couldn’t do it. She called up Microsoft and they couldn’t help her and then they conferenced in GoDaddy who hosts her email and they couldn’t solve it.

I went and did a quick Google search and I found that a solution in about three seconds. So my question is why couldn’t they solve the problem? And how many times have you called up and you’ve got an agent and they didn’t know something? And then you can call the same company and get an agent and they’re very knowledgeable? That gap is a customer service challenge because you get an inconsistent experience, so we’re looking at chat bots to actually help the agent.

Small Business Trends: About conversational commerce. We have devices like the Echo. Are we at the point where we’re going to see a significant amount of commerce coming through these devices? Where you actually say to your device ‘Hey I want you to buy something for me’. Instead of clicking or swiping.

Peter Messmer: I think it’s about removing friction from shopping. Probably all of us in our ideal world when we needed to buy something we like to just say to somebody go buy this for me. I don’t feel like going on to the store. I don’t even feel like cracking open my computer and going to the Web site and figuring it out. I just want to say buy this. This removes a ton of friction.

You can just order something through the Amazon device. So I think the stage we’re in right now is they’re doing promotions you can only get through the Echo because Amazon is trying to get people hooked on it. And the more people they can get using this the more used to ordering through Amazon and through this device they are going to be.

Alan Berkson: I think there’s definitely a technology piece and a people piece. I agree with what Peter said about people changing their habits and being able to do that. But I also think that we’re actually going to blow past the voice activated piece into a anticipatory piece.

So my devices are going to talk to me and say ‘I see you’re running low on this should I order it’ and you just say yes, or you can set it so it’s more automation and more anticipatory.

Small Business Trends: Is Facebook eating up the social commerce market or are there other sites that you need to be focusing on?

Peter Messmer: Facebook is the 800 pound gorilla. It also has the most tracking. Sites like Snapchat really have no tracking so you can’t really tell. And Instagram technically is part of Facebook if you want to group it together. But what we see at least in the last stats that we polled is Twitter drives a lot of traffic in Q4. So I don’t think it’s Facebook or nothing. I think a lot of those other channels can be significant.

John Lawson: I was at a Shop.org and I swear they said something on stage like 80 percent or more of purchasing is influenced by social media. We can’t even measure the influence of social media you know on purchasing decisions today. So even if I’m just looking for something on a site I’ll just go and google that site and see if they have a social presence before I purchase from that site. That makes me feel better.

Small Business Trends: One last thing. Amazon is still the huge gorilla. So a small retailer during the holiday season — what’s their best play with Amazon?

John Lawson: I say Amazon is the NFL and you are a peewee. You’re not in the same league. Amazon is not your competition. They are not.

They’re not taking business away that you can grab back. You have to really think about how to compete in your field. And when you start trying to compete with somebody in the NFL and you’re in the Little Leagues you’re just going to get confused and you’re going to get hurt. Try to work out how to create a unique personalized experience for your customer and they will be very attached to you.