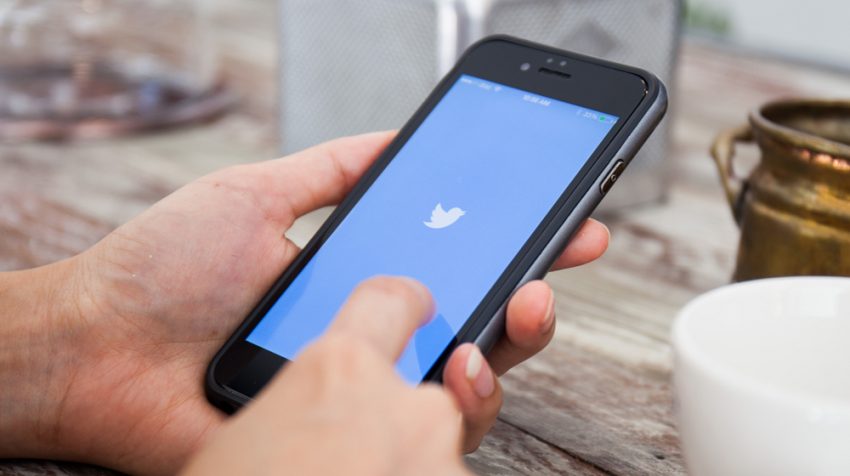 Want to live stream video content for your business in 2017? If so, you just got another option. Recently, Twitter added a live broadcast feature to its iOS and Android apps.

And speaking of apps, Kickstarter just released open source versions of its iOS and Android apps to help independent developers and startups looking to build their own apps.

These headlines and more are included below in this week’s Small Business Trends news and information roundup.

The new Go Live on Twitter (NYSE:TWTR)  is here. Just announced, the new feature looks to simplify the way you can broadcast live video straight from Twitter. This announcement comes as Vine is shutting down and Periscope is establishing itself as a live broadcasting alternative for Twitter after it purchased the company in 2015.

Kickstarter is known for giving startups the boost they need to get going. And independent developers will now get similar help by getting access to the functional programming used to create the app. Kickstarter announced recently the company had released open source iOS and Android. The announcement was made on the company’s official company blog.

Instagram has done it again. The Facebook-owned company has grown to more than 600 million users, adding its latest 100 million users in just the past six months. That’s Instagram’s fastest growth rate ever. What makes this milestone even more special is that it comes at a time when rival Snapchat has been growing more popular.

A Look Back On Livestreaming In 2016

December 2016 has given us a taste of what might happen in 2017. The battle of the three livestreaming platforms went into overdrive this week. Users of Facebook-owned Instagram can now livestream on it. Small businesses should be aware that livestreaming on Instagram doesn’t support replays, a fact that might encourage more spontaneous creativity and communication.

How Will the NYC Freelance Law Impact Your Small Business?

Freelancers in New York City just became the beneficiaries of a new law intended to protect their rights. The “Freelance Isn’t Free Act (FIFA)” was passed by the city council in October and goes into effect in May 2017.

42  Percent of Small Businesses Give Up to $1,000 to Charity and Prefer to Donate Cash

The holiday cheer seems to be missing for small businesses. Small Businesses Are Anticipating Slow Holiday 2016 Sales A new survey reveals only 23 percent of small businesses are expecting an increase in sales this holiday season. That’s down 29 percent a year ago.

Food Labels Could Be Getting a Makeover (Watch)

Look in any refrigerator around the country and you’ll probably see a lot of different labels that indicate expiration dates. But “best by,” “use by” and “sell by” don’t all mean the same thing. And that can get a bit confusing for consumers, many of whom end up wasting a lot of food that’s not actually expired.

Animation isn’t an easy thing to master. But small businesses and individuals that want to get into the animation game don’t have to learn a whole new set of skills. Animatron is a company that allows users to make quick animated videos without a lot of effort. Read more about the product and the company behind it in this week’s Small Business Spotlight.

Amazon (NASDAQ:AMZN) is set to launch a new Uber-like app that will help connect truck drivers with shippers, reports have claimed. Expected to launch in summer 2017, the project is designed to completely disrupt the $800 billion trucking industry by completely eliminating the need for costly third-party brokers that connect small trucking businesses with shipping companies.

When customers are not happy, they let the world know by sharing their experiences online. Of  course, they let customers know when they are happy with a business or brand too. Small business owners should accept this as a fact of life and a reason to exceed expectations.

You Can Use Microsoft Bot Framework to Build Small Business Bots

You have heard of bots, so by now you probably know they are applications that perform automated tasks. So how can the new Microsoft (NASDAQ:MSFT) Bot Framework help you build one for your small business? Microsoft wants to help you build a chatbot that the company says will, “Interact with your users naturally wherever they are.

An ecommerce website is just like a retail store, with some items getting more attention than others.  In the store, this is usually achieved through displays that make the product stand out, which is the same concept behind Wix’s Lightboxes: grab the attention of the customer. The drag and drop website design platform recently announced the new feature on its official blog.

Mercedes-Benz (OTCMKTS:DDAIF) is testing a car-sharing program it’s calling Croove in Germany. The program is like an Airbnb for cars in that users can loan out their cars to others. According to the luxury car manufacturer, sharing something you own with others is the basic idea behind the sharing economy.

What Microsoft’s New Chatbot, Zo, Means for Your Business

There’s a new chatbot in town. Zo is the latest in Microsoft’s efforts to evolve AI. The company wants to create conversational AI that not only takes the informational side into account, but also the emotional side. In other words, it wants to create an experience that mimics that of talking to an actual person.

Drone Deliveries in US Stalled by More Regulations

Amazon completed its first drone delivery Wednesday in the U.K. and not in the U.S., marking the debut of its comprehensive unmanned aerial vehicle (UAV) shipping service. This was a direct manifestation of America’s burdensome regulations, which seem to be forcing Amazon, and other businesses, to take their drone technology abroad.