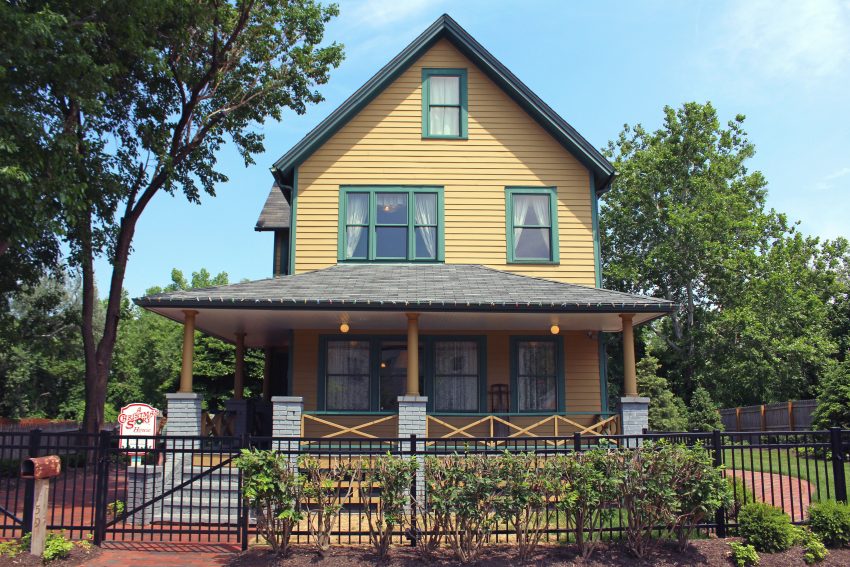 How’s this for a plot: An entrepreneur creates an ecommerce site inspired by his favorite holiday movie and then turns the house featured in the film into a tourist attraction with a museum and gift shop directly across the street.

That’s the true life story of Brian Jones, an entrepreneur whose love for the classic 1980s film “A Christmas Story” led to a career selling kitschy leg lamps just like one famously featured in the film.

He also purchased and restored the house where exterior scenes from the film were shot and then set up a museum and gift shop directly across the street, to house movie memorabilia and sell movie-themed items.

Business has been good, too.

According to an Intuit (NASDAQ: INTU) blog post, Jones sells so many of the leg lamps through his online store Red Rider Leg Lamps that he had to outsource production to China.

In 2004, just one year after opening the ecommerce store, Jones learned that the house, located in Cleveland, Ohio, was on the market. He felt it would be the perfect compliment to his growing ecommerce business, so he made an offer, sight unseen, purchasing it for $150,000.

After restoring the house to its 1940s glory, Jones opened it as a tourist attraction in 2006, appropriately titling it “A Christmas Story House.”

According to the website, the house is completely interactive, allowing guests to recreate their favorite scenes. The museum features original movie props, costumes and memorabilia, as well as hundreds of rare behind-the-scenes photos.

The gift shop has more than 200 different items, including leg lamps, “I Triple Dog Dare Ya” t-shirts, movie DVDs and bars of Lifebuoy (the soap used to wash out main character Ralphie’s mouth in he film). Warner Brothers, which owns the rights to the movie, licenses all related merchandise.

Jones isn’t the only “A Christmas Story” fan by a long shot. More than 45,000 tourists visit the house and museum each year, from at least 30 countries. The complex is open year-round, seven days a week, from 10 a.m. until 5 p.m.

With The Christmas Story House, Jones’s dream of transforming “A Christmas Story” from cinematic celluloid into physical 3D-reality gives the concept of turning a passion into a business an entirely new meaning.

Surely, Ralphie, The Old Man and the rest of the Parker family would approve!