Could Business Meetings of the Future Be in Virtual Reality? 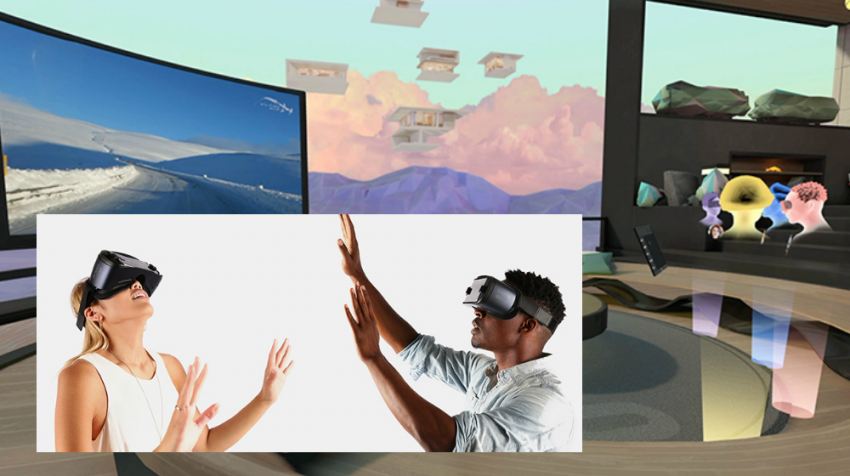 A new offering from virtual reality company Oculus, now owned by Facebook, could have interesting implications for small businesses. Oculus Rooms and Parties are new features for Gear VR users. They’ll also be available on Oculus Rift devices in 2017.

Parties are essentially group voice calls that take place in virtual reality. You can add up to three friends to a party and chat over VR. And Oculus Rooms are private virtual spaces that you and your friends can spend time in.

These rooms can mimic places where you might spend time in the real world. So if you want to watch TV with friends who live far away, you can start a Party with those friends and then select a room and watch videos together or even play games.

For now, the features are being marketed mainly to consumers. But for businesses with very small teams, these new features could potentially open the door for VR meetings. Of course, that would mean your whole team would need to be outfitted with Gear VR or Oculus Rift devices. But if you have a small team of remote workers, Parties and Rooms offer an interesting possibility for your team to communicate in a whole new way.

There are already plenty of options for holding remote meetings, from video chat platforms to actual conferencing programs. But not all of those other communication tools let you actually feel like you’re in the same room as people. So depending on the content of your meetings, virtual reality could potentially be a unique opportunity to update your team communication strategy.

And as the technology evolves, VR companies are likely to come out with more features and tools, maybe even some specifically aimed at helping businesses host meetings in VR.

Annie Pilon is a Senior Staff Writer for Small Business Trends, covering entrepreneur profiles, interviews, feature stories, community news and in-depth, expert-based guides. When she’s not writing she can be found on her personal blog Wattlebird, and exploring all that her home state of Michigan has to offer.
6 Reactions
Subscribe
Follow @smallbiztrends
RSS LinkedIn Pinterest iTunes