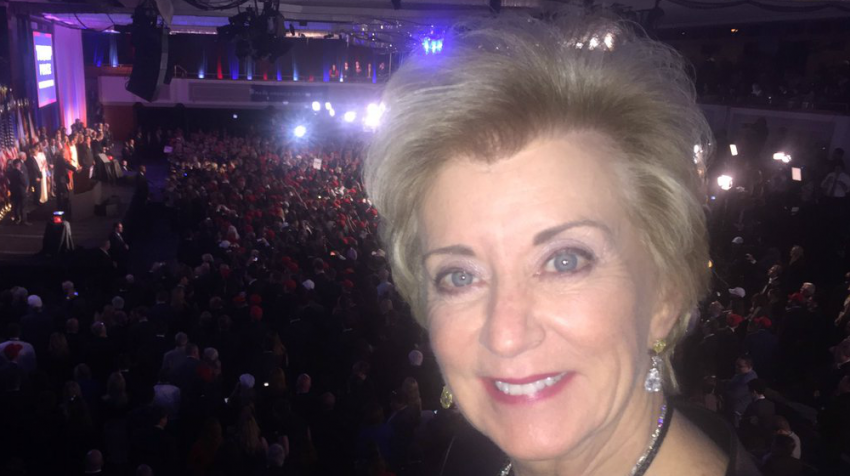 President-elect Donald Trump may be close to naming former World Wrestling Entertainment CEO Linda McMahon as the next administrator of the Small Business Administration.

McMahon met with Trump at his Manhattan Trump Tower office on Wednesday, Nov. 30.

Will Linda McMahon be the Head of the SBA Under Trump?

Following the meeting, McMahon met with assembled reporters in the lobby of Trump Tower and said (per the New York Times):

“The meeting went great. It was really nice to be up, and I was honored to be asked to come in. Anytime I think the president-elect of the United States asks you to come in for a conversation, you’re happy to do that. We talked about business and entrepreneurs and creating jobs, and we talked about SBA.”

She was asked also if Trump had offered her a job, to which she replied, “Stay tuned.”

McMahon, 68, along with her husband Vince, created what’s now known as World Wrestling Entertainment (WWE). When it formed, it was called the WWF or World Wrestling Federation.

She has twice unsuccessfully run for U.S. Senate representing Connecticut as a Republican. She is believed to have donated $6 million to Trump’s campaign via a SuperPAC.

Her political career mirrors Trump’s in at least one way. In each of her bids for Senate, she mostly self-funded her campaigns.

Trump is no stranger to the McMahon family and may go down as the one and only President who’s also a member of the WWE Hall of Fame. He was inducted in 2013. 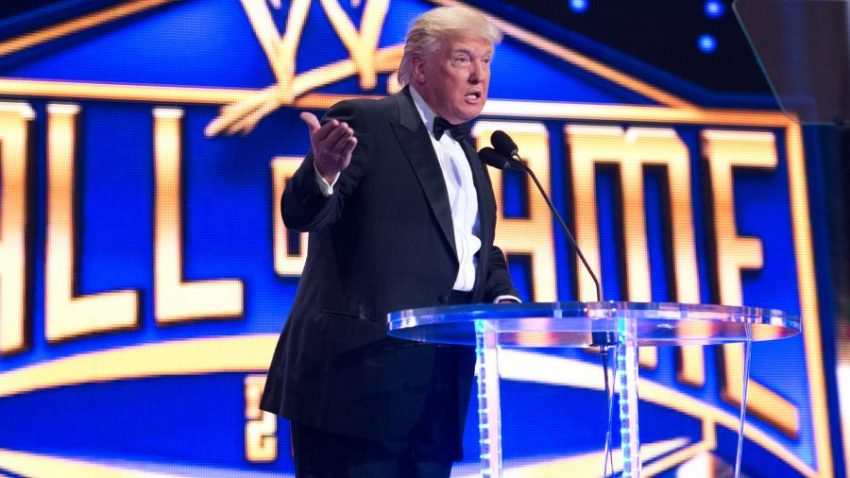 The President-elect has long been a fan of WWE/WWF. The Trump Plaza in Atlantic City, New Jersey, served as host of WrestleManias IV and V.

Trump also entered the wrestling league’s storyline in a big way — even participating in the most-watched match in the federation’s history.

The President-elect and Vince McMahon then participated in a Battle of the Billionaires match in which each was represented by a wrestling star. This match was held at WrestleMania 23. During the bout, Trump famously “attacked” McMahon at ringside and won the match.

The McMahons are familiar with growing a business from nothing to essentially an empire. From collecting food stamps at the beginning of their marriage, the couple purchased a small wrestling organization and an arena and eventually raised enough capital to buy the then-WWF in the early 1980s.