Mark Your Tax Calendars for 2017 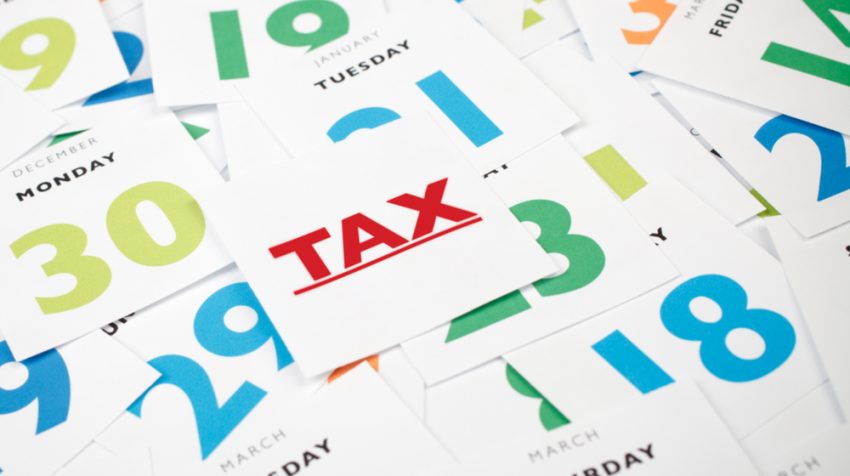 As a business owner, you don’t want to miss any tax deadline. Doing so can result in tax penalties, which can be hefty and are not deductible. Here are some key dates (some of which are new this year), as well as strategies you can use to be on time.

If you are a calendar-year partnership or limited liability company (LLC) filing Form 1065 for 2016, the due date is March 15, 2017. Previously, this form was due on the same date as the owner’s Form 1040, but the date was moved up. However, if you get a filing extension, you’ll now have six months — to September 15, 2017 — to file the 2016 return. These are the same deadlines that apply for calendar-year S corporations.

If you are a calendar-year C corporation, your Form 1120 for 2016 is not due until April 18, 2017. Previously, this form had a March 15 deadline. The filing extension remains September 15, so there’s only a five-month extension for this return.

If you have been filing the annual Form 944 instead of the quarterly Form 941 and need to switch because you expect payments for the year to exceed $2,500, you can’t simply do this on your own. You have to get the IRS’s approval. You have until April to contact the IRS and request a change by calling 800-829-4933.

Don’t send the first installment for 2017 with your 2016 income tax return.

You can avoid late payments because you’re traveling or simply forget by scheduling estimated taxes for Form 1040 in advance. You can do this up to 365 days in advance if you opt to pay through EFTPS.gov. If you use EFTPS.gov for business taxes, advances can only be scheduled up to 120 days in advance. There’s no cost for using this service. Find out more about EFTPS.gov in IRS Publication 966.

You were supposed to provide employees with W-2s and independent contractors with 1099-MISCs for 2016 services by January 31, 2017. This was also the date that transmittal of these forms were due to the Social Security Administration (for W-2s) and the IRS (for 1099-MISCs showing nonemployee compensation). This is a new transmittal date, which applies whether you’re transmitting forms on paper or electronically. If you are already late, file as soon as you can to minimize penalties.

You could have asked for a filing extension by submitting Form 8809 by January 31. It’s too late now, but remember this option for next year.

If you are a small employer with a self-insured health care plan (e.g., a health reimbursement arrangement), the deadline for furnishing employees with Form 1095-B for 2016 coverage is March 2, 2017. They were originally due by January 31, 2017, but the IRS gave everyone an extension this year. However, transmittal of the forms are due to the IRS by February 28, 2017, if you do this on paper, or March 31, 2017, if you transmit copies electronically.

It seems axiomatic that the sooner you submit a late return, the smaller the penalties will be. That’s because penalties apply per month (or part thereof). Interest on tax underpayments applies month-by-month as well.

You can create your own tax calendar so you’ll never miss another deadline by using a free desktop calendar tool from the IRS. Also, be sure to include the dates for state tax obligations (e.g., state unemployment insurance).

Barbara Weltman is the Tax Columnist for Small Business Trends. She is an attorney and author of J.K. Lasser’s Small Business Taxes and The Complete Idiot’s Guide to Starting a Home-Based Business. She is also the publisher of Idea of the Day® and monthly e-newsletter Big Ideas for Small Business® and is a trusted professional advocate for small businesses and entrepreneurs.