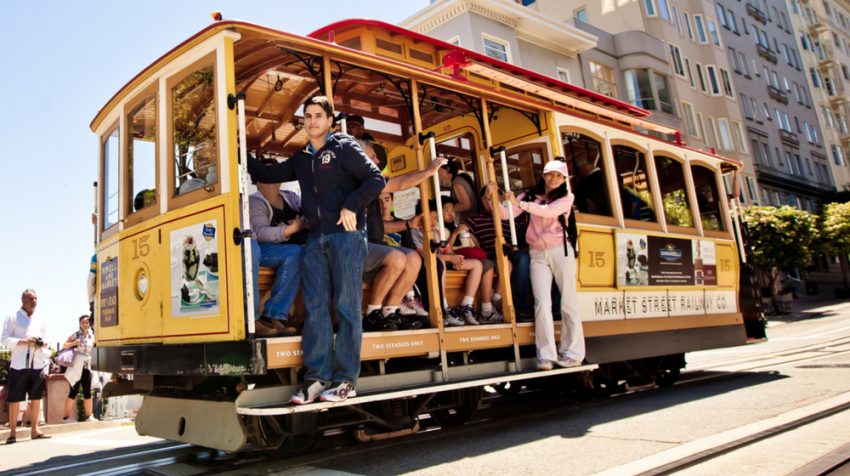 Starting your freelancing career is never easy. There are fears to overcome and making decisions — like how much you’re going to charge your clients. One of the most overlooked considerations is where you’re going to live.

I know what you’re thinking. You’re a freelancer. You can work whoever you want.

While there are other factors to think about, such as the cost of living, we’ve compiled the 8 best networking cities for freelancers based on the percentage of self-employed individuals, coffee shops located in the city, and the types of conferences and meetups that the city’s host.

Sure. San Francisco is an expensive city to reside. The good news is that more startups are hiring freelancers to help their business scale. When it comes to startups, the Bay Area is the place to be.

When it comes to networking opportunities, however, it’s tough to beat San Francisco. For starters, 8.7 percent of the city’s population is self-employed. It’s also the most caffeinated city with more than 1,000 coffee shops calling the City by the Bay “home” where presumably many of these self-employed individuals spend their days.

Nevada should be an appealing option for freelancers. There’s no income tax and housing prices are reasonable. Las Vegas in particular has plenty of entertainment, open bars, and coffee shops for self-employed individuals to hang-out in.

“Sin City” is also a popular destination for national conferences like the annual Pubcon and the Las Vegas Writer’s Conference. Besides those events, Vegas frequently hosts a number of other conferences, such as the 2016 edition of the GrowCo Conference.

The City of Roses has a thriving freelance community. In fact, 7.5 percent of the city’s population are self-employed. Portland also contains numerous industries, such as technology, that frequently outsource work to freelancers. Additionally, Oregon has below average health insurance costs and no state sales tax.

Freelancers can connect with each in any of the 700 plus coffee shops found throughout the city. The Freelancer’s Union has a strong presence in Portland, as do events like the World Domination Summit and Ignite Freelance.

Staying in the Great Northwest, Seattle is another excellent city for freelancers. Besides being extremely caffeinated, Seattle is home to a buzzing tech startup community. It has zero income tax and is a reasonably-priced city to live.

There are also several outstanding conferences, like MozCon, Confab Intensive, and meetups via Freelancer’s Union.

Austin has become a mecca for creatives who want to keep things weird. There are plentiful coffee shops, culture, art, music, and an emerging tech and startup scene who are in-need of talented freelancers. Not only is this a vibrant city, there’s no income tax.

When it comes to networking, it doesn’t get any sweeter than the annual SXSW festival, as well as the Freelance Conference.

A-Town has a booming self-employed community that makes-up 5.8 percent of the population. It has fast internet speed thanks to Google constructing a fiber network in the area and it’s home to groups like the Freelance Forum that assists the self-developed develop their skills and secure gigs.

Other networking opportunities include the Atlanta Writer’s Conference and the meetups hosted by the Freelancer’s Union.

Music City has been a favorite city among freelancers for several years. There’s an amazing music scene, plenty coffee shops and cafes, it’s affordable, and there sweet co-working spaces like Industrious and The Skillery.

Nashville is also home to creative communities like Story Nashville and a tech hub with WorkIT Nashville.

If you want to stretch your dollars, Pittsburgh may be your best bet. Since the city has reinvented itself as a tech center, there should be no concerns over finding steady work. Most interestingly, the ‘Burgh is the fifth most caffeinated city in the States with around 250 coffee shops.

The Freelancer’s Union has a strong presence in the Steel City and there are conferences like Web Design Day and freelance workshops from the Whetstone Group, so connecting with your fellow freelancers shouldn’t be a problem.