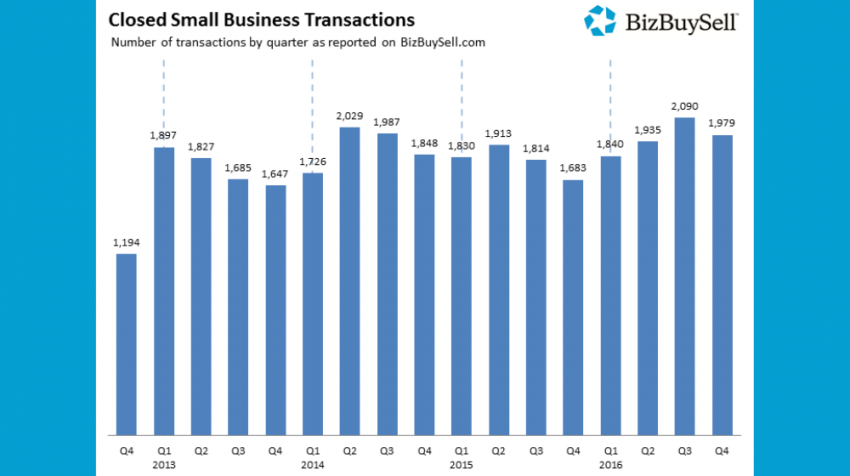 If you have ever thought of buying or selling a small business or franchise, now is a good time to do so. The number of small businesses bought and sold has continued to rise steadily.

BizBuySell, one of the internet’s premier business and franchise for-sale marketplaces, aggregates data from transactions reported by participating business brokers across the United States. The findings are published each quarter in its annual Insight Reports.

Meanwhile, the median asking price remained flat from 2015 at $225,000, while the median sale price increased by half a percentage point to $200,000. As transactions picked up in the last quarter, the time it took for a small business to sell dropped to 160 days, representing an 11.6 percent drop from Q4 2015.

These figures confirm the positive assessment of the 2016 small business market becoming more balanced in terms of fair market value. More small businesses are expected to change hands as more Baby Boomers look to exit small business ownership for retirement and capitalize on the strong market.

“After several years of strong business-for-sale activity, it is great to see even more growth in 2016,” Bob House, President of BizBuySell.com, said in a press statement.