Why My Kids Are More Entrepreneurial Than Me 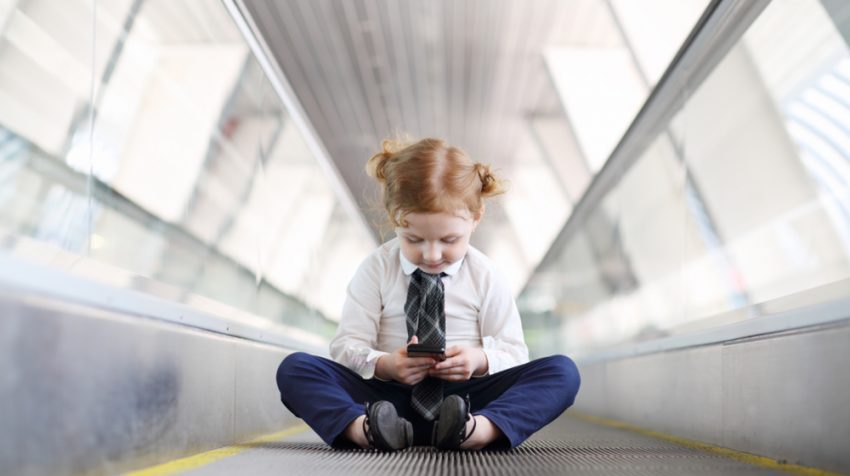 That difference was apparent on a recent trip we made to Colorado to ski. As is often the case when we fly on United Airlines, there was a problem. This trip, we landed on time, but there was no gate available.

As we waited on the tarmac, with the pilot announcing, every so often, that he didn’t understand why Denver operations would not give us a gate, virtually all of the passengers, myself included, became increasingly irritated. People began to complain loudly, tweet and otherwise express their frustration.

I say almost all of the passengers because the two people seated to my right (my son) and left (my daughter) calmly took out some paper and pencils and began to sketch. After a while, I asked them what they were doing. My 12-year-old son explained that entrepreneurs do not sit around complaining when there they confront problems, they solve them. My children, it turns out, were sketching alternative designs for temporary gates at airports to solve the problem we were experiencing.

They got the idea that entrepreneurs solve problems from me. I talk about this difference between entrepreneurs and the rest of the population when it comes to responses to problems. As an academic I have learned about these differences from conducting research and reading the findings of my colleagues.

But I do not think in those terms. I think about situations like a professor and an investor. I accept problems, rather than think of ways to solve them. That’s the way most academics, investors, and big company managers respond to problems.

It probably natural to react the way that entrepreneurs do. The rest of us have learned to respond differently. Most of society doesn’t encourage people to dream up solutions to problems. Instead, it pushes people to accept problems as an unfortunate part of life.

That’s why my kids think like entrepreneurs and I do not. They haven’t worked and they haven’t had enough schooling to lose this natural problem-solving approach.

Not every adult has lost this skill. In my class recently I had a speaker who ran the family office of a great entrepreneur. When she described what it was like to work with him, she said that it was like dealing with a three-year old child. Every time she described something, whether it was about a product or a way of organizing a business or a customer need, he would answer “why?” And to every follow up answer to which she gave, he would follow up again with “why?”

This is not the only great entrepreneur I have heard described this way. Many others I have met or studied in my research think this way too. They have not lost their natural desire to understand problems and figure out ways to solve them.

The example of my kids and the story of the entrepreneur described in my class brings up an important set of questions for public policy makers, business leaders, educators and other people concerned with encouraging more people to think like entrepreneurs. How do we ensure that people do not lose their natural entrepreneurial thinking?

From my viewpoint, there are two key parts of this that we have not yet answered adequately. The first is what exactly does the educational system and big company employment do that causes people to lose the entrepreneurial approach? The second is whether the loss of these things is necessary because the natural entrepreneurial approach is replaced by something more valuable to society.

My hunch is that our educational system and big company employment teaches people to think efficiently. Most of the time, for most people, that efficient thinking is valuable because it is a better way for dealing with routine tasks than dreaming up creative new approaches that may or may not be better. The downside is that people who are trained to think efficiently lose the ability to think entrepreneurially, and occasionally that’s a real negative.