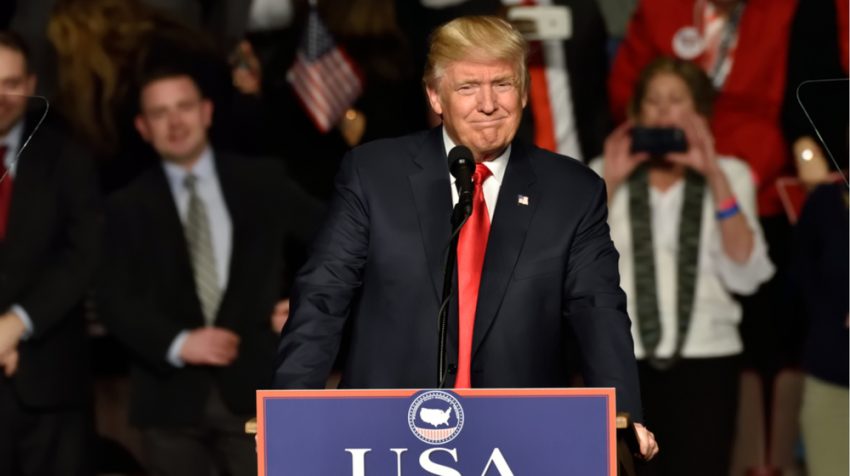 In his first hours as president, Donald Trump took aim at the Affordable Care Act, issuing an executive order “minimizing the economic burden” of the law and re-stating a campaign promise to have Obamacare repealed.

Impact of the Executive Order on Obamacare

But according to health insurance expert Arthur Tacchino, the executive order has little, if any, practical impact on your small business in the short-term.

“In the immediate future, it really doesn’t do anything,” said Tacchino, the principal and chief innovation officer for SyncStream Solutions, a healthcare insurance consulting firm.

“I think the key part of it from a legal perspective is that it does not create a regulation or a law,” said Tacchino, who is also a lawyer and an assistant professor of health insurance at The American College of Financial Services in Bryn Mawr, Pa.

“Businesses really need to continue what they’re doing in terms of compliance with the Affordable Care Act.”

The executive order does call on the new Secretary of Health and Human Services and other federal agency heads to implement new policies with regard to Obamacare’s implementation and enforcement, for example stating:

“To the maximum extent permitted by law, the Secretary of Health and Human Services (Secretary) and the heads of all other executive departments and agencies (agencies) with authorities and responsibilities under the Act shall exercise all authority and discretion available to them to waive, defer, grant exemptions from, or delay the implementation of any provision or requirement of the Act that would impose a fiscal burden on any State or a cost, fee, tax, penalty or regulatory burden on individuals, families, healthcare providers, health insurers, patients, recipients of healthcare services, purchasers of health insurance, or makers of medical devices, products, or medications.”

The agencies must follow the Administrative Procedures Act, which requires agencies to submit new policies for public review and comment before final implementation. The individual mandate policy portion of Obamacare took more than a year to go through this review and undoing that may take just as long, Tacchino said.

“In many ways, I really think (Trump’s executive order) is more of a ceremonial thing,” he said. “This was a major campaign promise throughout the nomination process. Obviously, he wants to carry it forward and say, ‘I did what I said I was going to do on day one.’ From his perspective, he thinks he has done that, but from a practical perspective it doesn’t really do much.”

That said, small business owners must be aware that change is ultimately coming.

“Right now we’re still in a period of uncertainty about what that change is going to be,” Tacchino said. “If you have an adviser related to this — an agent, a broker or a CPA — make sure they are staying current with what’s going on so that you can continue to be in compliance with whatever new regulation ultimately comes from this change.”

At the moment, individuals and business owners need to be aware that ACA remains the law.

Freelancers, for example, remain under the individual mandate. At the same time, they also remain eligible for federal subsidies to buy health insurance and those subsidies may remain in place for another year or more, Tacchino said.

Small business owners who opted out of providing healthcare coverage to allow individual employees to get federal subsidies might want to reconsider their approach if the law is changed.

“They really need to pay attention to what happens next if they believe it’s important for their employees to get benefits,” Tacchino said. “Once a new plan gets put in place, they’ll have to weigh their options and see if it’s achievable for them to purchase healthcare coverage.”

On the other hand, if a change to the law provides an opportunity for individuals to get tax credits to buy their own health insurance, it might make sense for the employer to steer clear of buying a company policy.

If you do have a company policy, Tacchino said, it is important to note that benefits purchased in an annual contract cannot be changed this year even if Obamacare is repealed and replaced immediately.

“If you’ve just renewed an insurance contract, they’re not going to change that until it expires. Let’s say that whatever replaces the plan may take away things like the prohibition on (not covering) pre-existing conditions. That will remain in effect.

“It might be different next year when it’s time to renew your insurance policy, but even if a replacement bill takes effect today, those insurance contracts are locked in for the year.”

Whatever happens to federal health insurance regulations, Tacchino said he does not see premiums dropping in price any time soon.

“A misconception … is that, for some reason, people think the Affordable Care Act is what was creating high premiums. The reality is there is lots of studies — you can find these on Kaiser Family Foundation — that healthcare premiums have been on the rise for multiple years prior to the Affordable Care Act.”

In fact, he said, Obamacare slowed the rate at which premiums were increasing.

“I think premiums will continue to rise for people,” Tacchino said. “Regardless of what the replacement is, it will be very difficult to make a promise that premiums won’t rise or will go down. If anything, they will stay the same or increase.”

Daryl Nerl is a Staff Writer for Small Business Trends. He has worked as a professional journalist for more than 25 years. Daryl received his bachelor’s degree from NYU in 1988 where he majored in history and journalism. Daryl also worked as a reporter for The Scranton Times-Tribune and The Pottsville Republican where he served as Senior Reporter and Assistant News Editor. Prior to that, he worked as a reporter for The Morning Call in Allentown, Pa. He was also a former Local Editor for Patch, launching a hyperlocal news Website in Bethlehem, Pa.
One Reaction
Subscribe
Follow @smallbiztrends
RSS LinkedIn Pinterest iTunes