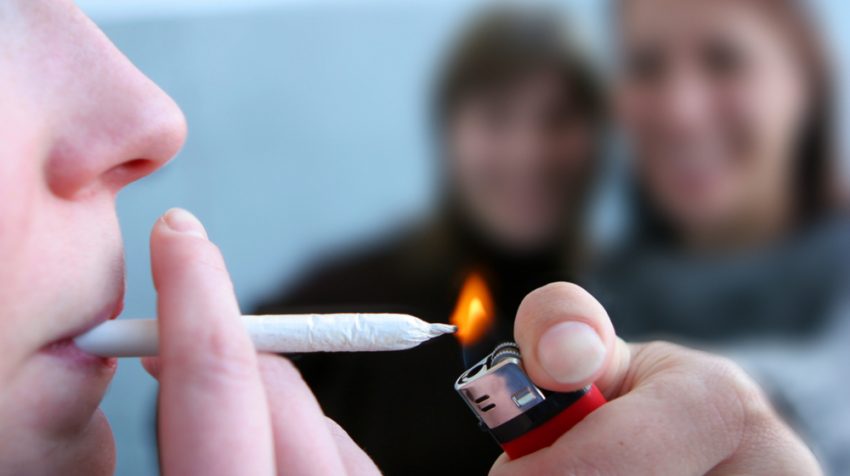 Few things in business are more devastating than your bank telling you they’re closing your accounts, especially when you’ve done nothing wrong. In the U.S., the growing marijuana industry knows this feeling all too well.

Small Business Trends spoke with an ancillary business owner who had nightmarish problems with two major financial companies. (“Ancillary”, in cannabis commerce, is the industry-created term given to a business which doesn’t ever touch actual cannabis plants nor any parts/extracts.)

The founder, who wished to remain anonymous, said “If a bank, credit card or payment processing company sees from their records that you’re being paid by a cannabis business, they can shut down your accounts, even your personal ones, even mortgage accounts, without probable cause. Banks have the right to serve whoever they want, and if they want you to leave, you’re out. If you’re a high net worth client, they can use Google to research you and they’ll get in touch with whoever oversees your accounts.”

There are some examples of credit unions and regional banks who provide limited financial services to the cannabis industry, but most business owners in it realize they’ll be forced to cope with thousands of dollars in cash lying around unprotected. And this may be the case until laws, regulations and attitudes change.

Should the industry quietly wait and see what happens? No, says the National Cannabis Industry Association (NCIA). Founded on the principle of “power in numbers”, NCIA’s structured Lobby Days allow its members to band together with other cannabis professionals and activists to deliver a unified voice to policymakers in Washington, D.C.

And don’t blame the banks. They’re just erring on the side of caution. Marijuana business owners might feel like the entire system is rigged against them, but unless they speak up, their frustrations will continue.

Michael Zaytsev, leadership coach and author of The Entrepreneur’s Guide to Cannabis says “Given the political climate, the best cannabis investment you can make today is in activism. Without continued education, civic engagement and policy reform, there is no cannabis industry.”

Policy reform activism is an easier road when you know exactly what to support, propose or fight. For example, here’s a bipartisan act businesses can and should get behind.

The Marijuana Business Access to Banking Act (S. 1726 and H.R. 2076) would provide a legal safe harbor for financial institutions working with cannabis businesses who are state-compliant. During his campaign, U.S. President Donald Trump repeatedly expressed support for state sovereignty on marijuana issues.

Trump’s nominee for U.S. attorney general, Senator Jeff Sessions (R-AL) has expressed personal anti-cannabis opinions, but has also stated his support about states being allowed to dictate their own policies. The NCIA’s website says they look forward to working with Senator Sessions to make sure states’ rights on cannabis issues are respected.

Banking Isn’t The Only Headache

Businesses love tax deductions, but what happens when the government treats what would be a normal tax deduction as something you can’t ever file? Legal marijuana businesses have learned the answer the hard way, because such tax deductions in the cannabis industry are associated with the “trafficking” of Schedule I or II substances, as defined by the Controlled Substances Act, and therefore forbidden by the IRS under “Section 280E.”

The founder we spoke with said employers’ payroll tax obligations become a nightmare when they can’t access financial services.

He pointed out, “This happens a lot for dispensary-owners. When you’re refused a bank’s service, you end up paying penalties when one problem snowballs into several problems — problems that have no current solution.

“It’s absolutely insane. And if you’re outside with $50,000 in cash or even more than that, it’s dangerous.”

H.R. 1855, known as the Small Business Tax Equity Act, creates an exception to Internal Revenue Code Section 280E to allow businesses operating in compliance with state law to take deductions associated with the sale of marijuana.

So don’t throw in the towel. Team up, speak up, fight back. There are elected officials who are already on your side. Contact them. (See the legislative champions and leaders section on this page: NCIA Priority Legislation page)