15 Ways to Avoid Death By Meeting 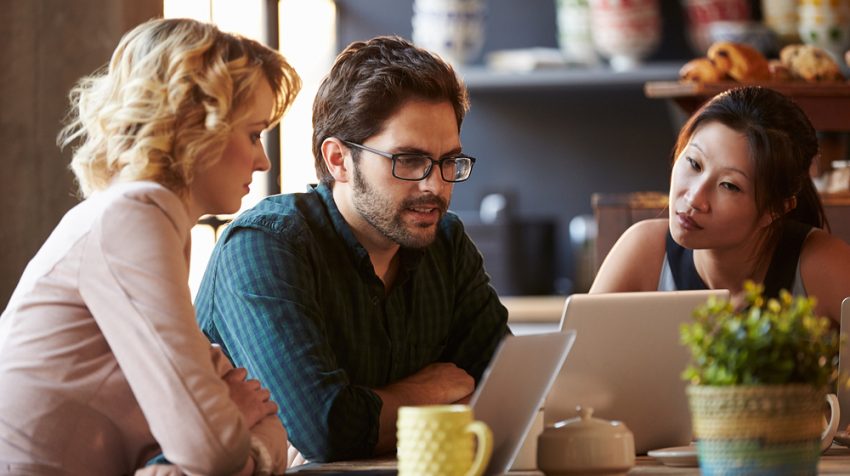 There’s nothing worse than a dull work meeting. Every day, there are around 25 million meetings in the United States alone. In order to facilitate those meetings, middle managers tend to give up an an estimated 35 percent of their time in the office — while somebody in upper management is likely to lose closer to half of their entire day in meetings.

Those lofty time commitments would be totally worth it if all of these meetings were generating great ideas, but an estimated 67 percent of meetings are generally classed as write-offs — wasting more than $37 billion a year in lost productivity.

Bearing that in mind, it only makes sense to try and cut down on pointless meetings. And if you’re a small business owner without a New Year’s resolution to improve the way things are run at your company, removing dull meetings from your work week might be the perfect way to bolster morale and start 2017 off with a bang.

How to Reduce the Time Spent In Meetings

To help you get started, here are 15 ways to eliminate or expedite all of your 2017 meetings:

One of the biggest timewasters in any meeting is a lack of purpose. In order to keep things moving at the right pace, make sure you’ve got a detailed agenda to guide you through your meeting as quickly as humanly possible.

If you’re checking in with a small team, one of the best ways to engage personalities and get people talking is by taking the meeting outside. Not only will a bit of fresh air and sunshine wake up colleagues and get the blood flowing, but it will also stimulate creative thinking. A change in environment will almost always generate a change in the way workers think and collaborate.

Get Up and Move

One way to cut down meeting times is to get everybody on their feet and get moving. By removing chairs from your meetings, workers are generally more inclined to speak up with anything important, and file away time-wasting topics for another time. If you really want to instill a sense of urgency, and you’ve got the space, convince staff to talk on the move.

Lunch meetings get a bad reputation for being boring, day-long affairs. But getting staff members around a table can actually be one of the best ways to encourage them to speak openly with one another. Food tends to bring people together, and always gets people talking – and so if your meetings tend to be filled with awkward silences, try enticing workers with a bit of pizza (or something a bit healthier).

It usually only takes one long-winded middle manager and three stupid questions to transform a quick check-in into a horrible, two-hour meeting. One of the best ways to keep team members and executives on task during a meeting is to grab a stop watch, set it for 15 minutes and let everybody know that when the clock runs out, the meeting is over. Not only will it help you learn to explain things more concisely, but workers will appreciate being able to know when they’ll be able to get back to it.

If you really can’t escape a four-hour meeting, it will make life a lot easier and more pleasant if you’re able to split it up into distinct chapters. At the start of your meeting, let colleagues know you’re going to tackle it in a few bite-sized chunks. Use each chunk to address one group of issues, and break after each issue is addressed in order to check in with other teams, get some fresh air and regroup.

Even in 2017, PowerPoint is still pretty much synonymous with business. We use PowerPoint for everything – from expense reports and sales pitches to marketing updates. And while it may be incredibly useful, you can’t deny it’s a little bit tired. There’s nothing worse than shuffling into a conference room and watching your line manager load up a 30-slide presentation – so if you want to keep your colleagues awake, keep the lights on and verbally engage. It will keep everybody awake and ideas flowing.

One of the biggest timewasters in meetings is waiting for people to offer up suggestions and issues to raise. In order to lose the awkward silences and get everybody out of the room quicker, encourage all attendees to come to the table with at least one idea or talking point before the meeting even begins.

See Also: 7 Ways to Keep Your Email From Ending Up in the Trash

If you’re trying to get through a meeting quickly, it’s easy for a few action points to get lost in the fray. That often leads to loads of follow-up questions as you’re trying to get everybody out of the room, and can be a major drain on time. If you’re keen on ditching the questions, it’s worth recording the meeting on your phone and then sending out the audio file to all attendees after you break. That way, everybody know what they’ve got to do and when it needs done.

Want to make sure everybody is contributing? Take it back to elementary school and get your team to engage in a bit of popcorn thinking. Start a sentence, take it around in a circle and have each staff member finish the sentence in order to make their ideas known. Not only will that keep people engaged, but it will force workers to think outside the box in order to contribute.

If you often find your team wasting hours trying to make seemingly simple group decisions, try getting them off their feet and literally taking a stance in order to reach a decision. Draw a line down the middle of the room, and ask each worker to stand on the side that corresponds with their opinion. Then, use that as a rapid springboard in order to force everyone to rationalize their choice and move forward.

Give Everybody a Job

Another way to ensure things get done quickly at each meeting is giving each attendee a job to perform at that meeting. For example, ask one person to take notes, one to keep time and one to bring snacks. By giving each person their own duty to perform, the meeting should run more smoothly and individuals will be more focused.

Are you spending loads of time traveling between offices and locations to meet with teams? Stop running from place to place and start using tools like Skype, Google Hangouts or FaceTime.  That way, workers can get the gist of what you’re after and what they’ve got to do without even leaving their work stations.

If you feel like too many of your meetings are turning out to be useless monologues, it’s probably because your meetings are useless monologues. Say what you need to say, then cut yourself off and ask everybody else what they think. Not only could this trim back the time you’re spending in meetings, but it will also give others a chance to voice their own thoughts and bring new ideas to the table.

At the end of the day, no two companies are alike. What works for your meetings might not work for other companies, and so you’re going to need to do a bit of trial and error to find out what sort of meetings work best for you and your team. Just remember to be patient and focused in discovering the perfect ways to make your meetings quicker and less painful.