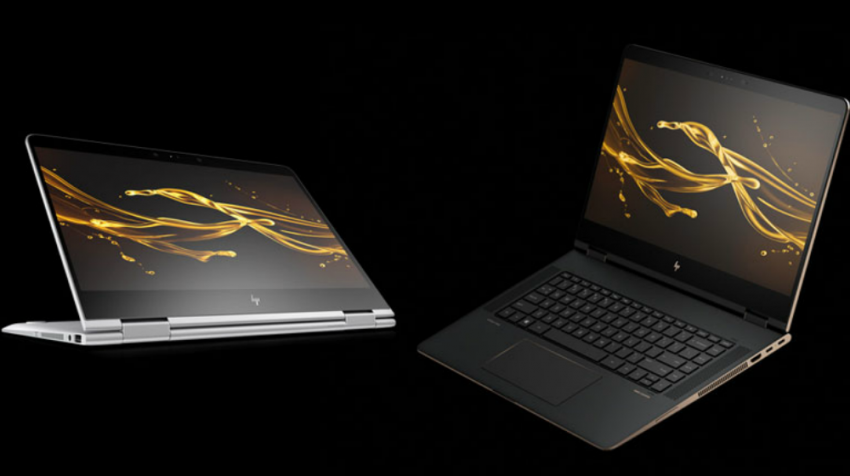 When HP (NYSE:HPQ) announced its last 2-in-1 Spectre x360, the company proudly said it was the thinnest and lightest ultra-book on the market. The announcement of the latest version adds 1.89 millimeters of thickness and an additional .42 pounds of extra weight.

However, what you get for the extra dimension is 23 percent more battery life and a discrete Nvidia graphics card, the company says. These are worthy tradeoffs for any power user who wants to fully take advantage of today’s media intensive applications.

The 15.6″ 4K UHD UWVA eDP touch display Spectre x360 comes in at 17.9 mm and weighing 4.2 pounds. But HP says it is what’s under the hood so to speak that makes that extra weight and extra thickness really worth it in terms of functionality.

As stated above, those features include NVIDIA GeForce 940MX (2 GB DDR5 dedicated) graphics.

The specs for the 13.3″ also include Intel’s 7th Generation Kaby Lake Core i7 processor with 16 GB RAM and 512 GB SSD storage. However, the graphics is managed by the Intel Iris Plus Graphics 640 (up to 8.06 GB). The display is an FHD IPS UWVA WLED-backlit multitouch-enabled edge-to-edge glass delivering 1920 x 1080 instead of the 4K.

When it comes to the ports, laptop makers have learned from the mistake Apple made with its MacBook Pro. Granted the slim, multipurpose USB Type-C ports are the future, but there are still millions of people that use the old ports. The Spectre x360 has one USB 3.1 Type- A port and two USB-C ports that support Thunderbolt 3 and power delivery, which means you don’t have to carry additional dongles around.