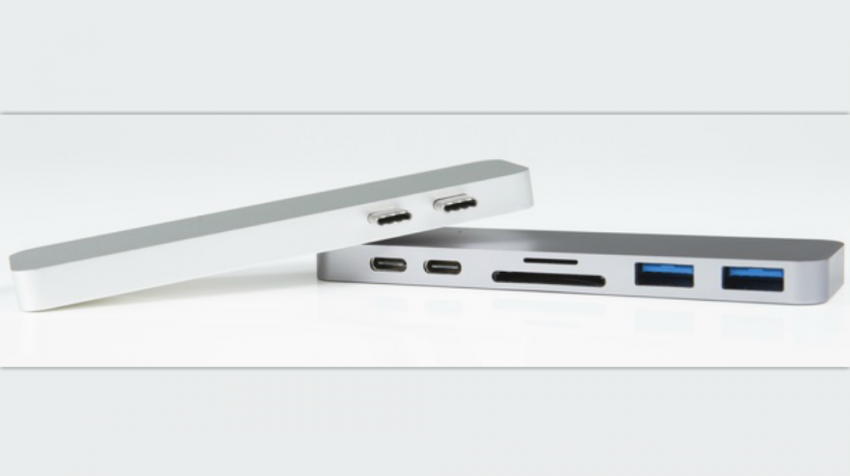 When a Kickstarter campaign collects nine times its intended goal with 14 days left, it is safe to assume the idea has hit a chord. And the makers of HyperDrive so far have raised more than $970,000 from their initial ask of $100,000.

So what is this product that has raised so much money in such a short time?

HyperDrive is a Thunderbolt 3 USB C hub designed to fit a very niche — users of the 2016 MacBook Pros. Just in case you are not a Mac person, the new MacBook Pro was released with only Thunderbolt 3 USB-C ports. This of course didn’t go well at all with the tens of thousands of people who have peripheral devices with USB-A or Thunderbolt 2, because USB-C is physically a different port.

The backlash led Apple (NASDAQ:AAPL) to cut the price on the adapters, but Sanho Corporation, which has been making award winning Apple accessories since 2009 saw an opportunity and capitalized on it.

So the HyperDrive was created to connect all of your devices without having a spaghetti of cables and dongles hanging from every port. Called the world’s most compact and fastest Thunderbolt 3 USB-C hub by Sanho, you will get:

The versatility and power of the device comes without compromising the aesthetics of Apple’s MacBook Pro, Sanho says. It fits flush and it matches the silver and space gray laptop with a CNC precision milled aluminum enclosure.

When it comes to powering up your device, the Thunderbolt 3 port supports up to 100W of power delivery, letting you charge your MacBook Pro at full speed while it is being used. It delivers maximum 61W of power to the 13″ and 87W to the 15″ MacBook Pro.

Using the HyperDrive doesn’t mean having a dongle that hangs from your MacBook Pro. It plugs into the two Thunderbolt ports and almost appears to be part of your laptop. And once it is running, it doesn’t consume too much power because every component Sanho used, including the hub, card reader, DC/DC converter, power delivery, and Thunderbolt 3 chipset are all low power consumption technologies. The company claims the HyperDrive has a power efficiency of up to 96 percent and device operating temperature of less than 118 degrees.

Participants in the Kickstarter campaign can get the HyperDrive starting at $49 for a single drive and $98 for a pair with successive discounts depending on how much you contribute. The expected retail price is going to be $99 when the HyperDrive becomes available through retail.