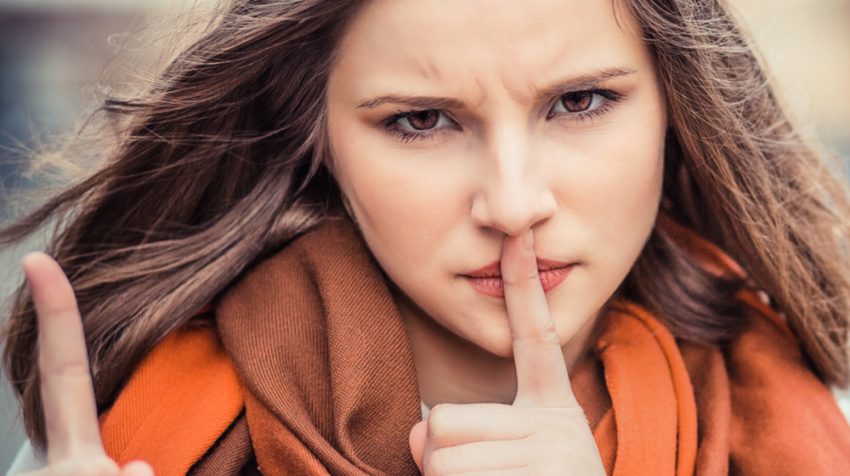 If you use social media to promote your business online, you’ve probably put a lot of thought into what types of posts to share. But sometimes it can be just as important to consider what NOT to post on social media.

You likely want to use social media as a way to connect with your customers. But if all you do is trash them online, it can obviously have the opposite effect. Even the occasional complaint about customers can be enough to damage your brand.

Another kind of trashing you probably want to avoid is complaining about your employees online. The customers you connect with want to know that you have a strong team behind you that they can trust. So don’t take to social media to share complaints or rants about the inefficiencies of that team.

In fact, any anger you have toward others, whether it’s the barista down the street who got your name wrong or the person who cut you off in traffic on the way to work, is probably best saved for venues other than social media.

It’s also fairly likely that you’ll have some negative feelings toward public figures at some point, whether that’s politicians, celebrities or anyone in between. But if you’re going to criticize them in a way that’s totally unconstructive, it can come across as petty to your social media followers.

You probably also have followers with a large assortment of different political beliefs. So it’s not always a good idea to share political opinions or views that are divisive or might alienate some of your followers.

Religion is another tricky area. Unless your business or brand is targeted at a certain religious group or your posts don’t specifically alienate other groups of people, it’s probably best to steer clear.

You also don’t want to be too intrusive when asking questions of your followers, either when posing general questions or interacting with people individually.

Ridicule of Any Group of People

If you use humor in your social media accounts, you need to be very careful who you might offend with your jokes. A silly tweet is fine now and then, but making fun of specific groups of people can go over the line.

There are so many sources of fake news online, whether created on purpose for clicks or just because of lazy reporting. So be careful not to share anything that’s not true, as it can make your business look bad and lead to your followers being misinformed about important issues.

Trashing of the Competition

Healthy competition can be good for a business, even if you take that rivalry to social media. But there’s a big difference between a friendly back-and-forth and legitimate trash talking, which can make your business look petty.

Social media also isn’t the place for you to share any sensitive or confidential information about your customers. That probably seems obvious. But since some businesses use social media as a way to settle customer service issues, it is something that might come up from time to time.

For that matter, it’s worth noting that social media really isn’t the place for you to settle customer service issues that can’t be handled with just a tweet or two. You can respond to customers’ original posts, but then try to move it to email or another format if you need more information.

Medical issues, whether they relate to you, your team, your customers or anyone else, are also best saved for forums other than social media, if you even need to discuss them at all.

Social media also isn’t the place for any drama related to your personal life. Even if you are part of your business’s brand, people don’t need to hear about personal drama that’s probably irrelevant to them anyway.

Even though everyone has those days where they’re really just not feeling enthusiastic about work or business, your customers don’t need to hear about it. So don’t share with your followers every time you’re having a bad day or just feeling “blah” about your business.

Sharing photos of your team can be a great way to make your business more relatable on social media. And posting a casual photo at a local happy hour after work might be okay. But avoid the shots of the people who stayed at the office party until 2 a.m. and maybe overdid it. Those images will probably not instill your customers with confidence in your professionalism — or convince others following on social media to do business with you.

It should also be fairly obvious that posting anything illegal, whether it’s drug use or even just speeding, is a very bad idea. Ad it might get you not only duped by clients but even prosecuted.

You should also stay away from posting any sexually suggestive photos or other content.

See Also: 17-Year-Old Wants to be the Next Social Media Mogul

Even if you weren’t the original creator of a post, it can still make your business look bad if you re-post it. So stay away from retweeting or sharing any content that could be considered controversial.

Anything Irrelevant to Your Audience

The types of posts listed above can potentially make your business look bad on social media. But to be safe, it’s also best not to post anything that’s irrelevant to your audience. Sticking to only the essentials can help you avoid posting anything that’s going to hurt your business or your brand.