Could China’s Uber for Trucks Pave the Way to Similar Service for Small U.S. Haulers? 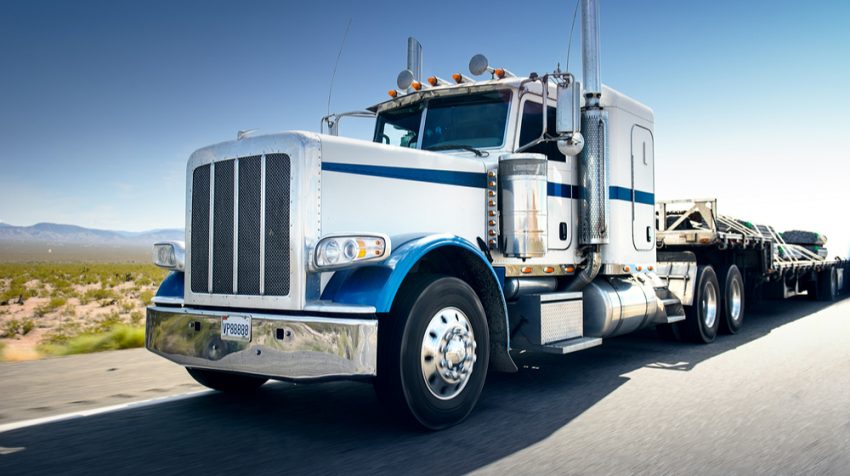 There seems to be an Uber for everything these days, and the trucking industry is no exception. Take China, for example.

Truck Alliance, Inc., an online trucking logistics company that provides services to truckers and shippers in China, has earned the reputation “Uber for trucks” due to its similarity to the popular ride-hailing service.

The company, which trades under the name Huochebang (translated as “truck gangs”), operates an online platform that directly matches empty cargo trucks with suppliers needing to transport goods — not unlike Uber’s method of connecting people with cars.

According to Bloomberg, trucks carry more than 80 percent of the goods delivered in China. And while the logistics sector was valued at $1.6 trillion in 2013, the trucking industry remains fragmented and inefficient. Trucks stand empty 40 percent of the time.

Given that individuals own more than 90 percent of trucks on the road in China, anything that can reduce that percentage is more than welcome.

And it appears to be working.

Currently, Huochebang manages about 100,000 orders daily through its 1,000 service centers located throughout the country. It also processes $120 million in shipping fees each day.

Although it bears the “Uber for trucks” moniker, Huochebang does not make money the same way Uber does (by taking a cut of the fees paid to drivers). Instead, the company derives its profits from selling a range of services to truckers that include toll cards and help with financing.

The company is a rising star in the investment world, too. It just raised $115 million from a group of investors. This new influx of funds gives the company a valuation of $1 billion, making it a “unicorn.”

Uber for Trucks in the U.S.

The so-called “Uberization” of the logistics industry is occurring at a rapid pace and is not just relegated to China.

Several companies in the U.S. are vying for the title “Uber for Trucks.” Three of the biggest are Uber Freight, Cargomatic and Convoy. GoShare, a San Diego-based startup focused on local moving and delivery, is also making headway.

Uber launched a website recently for a service it’s calling “Uber Freight.” The company hasn’t revealed too much information at this point, but you can be sure it has big plans for expansion, the same way the company grew its ride-hailing service.

The mere fact Uber purchased the self-driving trucking company Otto leaves little doubt as to its ultimate goal — to populate the highways with autonomous delivery vehicles. In the meantime, the new service will function like the existing platform — connecting companies that need to ship items with drivers willing to haul them.

Cargomatic is a 2-year-old Venice, Calif., company that utilizes the Uber model and has its own app, which connects shippers with drivers.

It works with companies such as Williams-Sonoma, Perry Ellis and Bass Pro Shops, to offer lower-priced local shipments. For now, the company operates in Los Angeles, New York and San Francisco but hopes to expand across the U.S. and internationally.

Convoy, a Seattle-based startup, is another service that connects shippers and carriers directly using a mobile app. What makes the company unique is its backers: Amazon, eBay and Expedia, among others.

According to its website, Convoy intends to build the world’s largest network of trucks, with guaranteed capacity and real-time GPS tracking on all shipments.

Although far from becoming a long-haul logistics company, GoShare follows the Uber model in that it matches customers wanting to move something, such as a couch, desk or entire room, with drivers who have trucks (pickups, panel vans). Currently, the company serves a few cities in California and New Jersey and the city of Atlanta.

The Uber model of bypassing the middleman and connecting service providers directly with those who need them is certainly disruptive. But if it results in greater productivity — which, in the trucking industry means less downtime — then so be it. Independent owner-operators are likely to appreciate it very much.