What is an H1B Visa and Will Proposed Changes Affect Your Business? 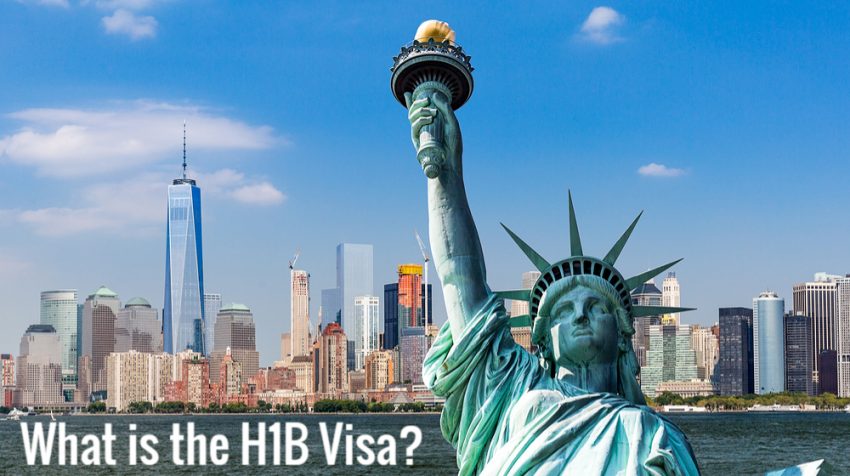 President-elect Donald Trump has suggested changes to H1B visas that could impact some small businesses and their employees.

But if you’re busy running every other aspect of your small business, you probably don’t have time to keep up with all the country’s complex immigration laws. So here’s a simple explanation of the H1B visa program and what proposed changes could mean for small businesses.

What is an H1B Visa?

An H1B visa is a program for businesses hiring foreign workers for specific positions in the U.S. But it’s a bit more complicated than that.

Immigration Attorney Paul Goldstein explained in an email to Small Business Trends, “The H 1B visa are non-immigrant visas for foreign workers in ‘specialty occupations.’ While there is no set definition for what … a ‘specialty occupation’ [is], the position must meet one of the following criteria.”

Essentially, the job should be something that requires or would normally require a college degree.

What Types of Employees Do H1B Visas Cover?

Essentially, any business that hires people for positions that require a college degree could apply for H1B visas.

However, there are certain types of businesses that tend to use them more than others. For instance, tech companies like IBM tend to apply for a good portion of the allotted visas.

In addition, certain physicians and non-profit and government researchers can also fit within the program. But some of those positions aren’t restricted by the annual cap on H1B visas.

What Might Changes to H1B Visas Mean for Businesses?

Currently, there is a cap for H1B visa applicants each year.

Goldstein says, “Congress has placed a cap on the number of visas that will be issued for a fiscal year starting on October 1st at 65,000. There are an additional 20,000 visas for foreign workers who have earned a master’s degree or higher from a United States institution of higher learning. The USCIS (United States Citizenship and Immigration Services) will accept H1B petitions for the fiscal year beginning April 1st with employment start date of October 1st.”

However, there aren’t any other specific changes that are already in the works as far as H1B visas are concerned. There may very well be new restrictions in the coming years, potentially including a smaller cap or increased fees for applicants. But Goldstein says it’s too early to anticipate what those changes might actually entail. However, applying as early as possible is the best route for businesses looking to utilize the program.

Goldstein says, “As the incoming administration under President- Elect Trump has promised changes in the immigration laws, we would have to wait and see what is proposed for H1B visas and voted on by Congress. I can tell you that if a business wants to file a H1B they should start early to have the submission ready to be filed by April 1st.”